While students attending the Hackley School in Tarrytown can choose from a variety of sports, Megan Hopkins chose a different path.

For years, the Garrison resident has ended her long weekdays, which begin when she leaves home at 6:30 a.m. for school, by disembarking at the Metro-North stop in Peekskill to train at Go No Sen Karate’s dojo on Welcher Avenue. 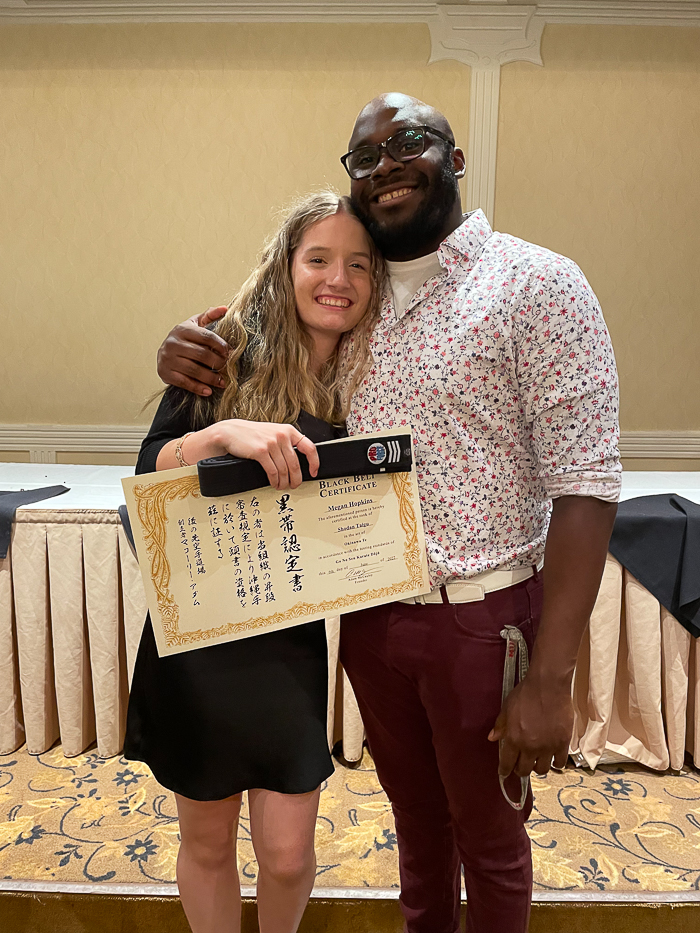 Hopkins earned a black belt after studying with Tyler Smith.

It is there that the sophomore this past summer realized a dream: after nine years of training, she earned her black belt, the top rank in a color system that begins with a white belt.

Megan, 16, reached that level through rigorous work, logging 100 hours of practice, demonstrating a high level of technique and completing a written test with 100 questions and a four-hour practical exam.

She said she stuck with the sport because it imbued her with a particular mindset, including challenging her to achieve higher ranks. She is so committed to karate that she asked Hackley to exempt her from school athletics.

Now, as a black belt, she can continue to advance in degrees, from first-degree to 10th.

“I’m not a part of the sports culture at Hackley, and some days that kind of makes me sad,” Megan said. “But then I get to karate and I know that this is where I want to be. It’s where my goals are.”

She began her lessons at age 6 in an afterschool program held in the gymnasium at the Manitou School in Garrison. Tyler Smith, an instructor at Go No Sen known as Sempai Tyler, taught the class. When participation decreased, Megan continued training at the dojo.

Even as a child, Megan exhibited a Type A personality and proved “friendly, well-spoken and wise beyond her years,” said Smith, who holds a third-degree black belt. While she is gifted athletically, her work ethic “put her over the top” as she memorized more than 15 karate forms, learned to break boards and execute self-defense techniques, perform takedowns and throws, and demonstrate a comprehensive knowledge of weapons, said Smith. 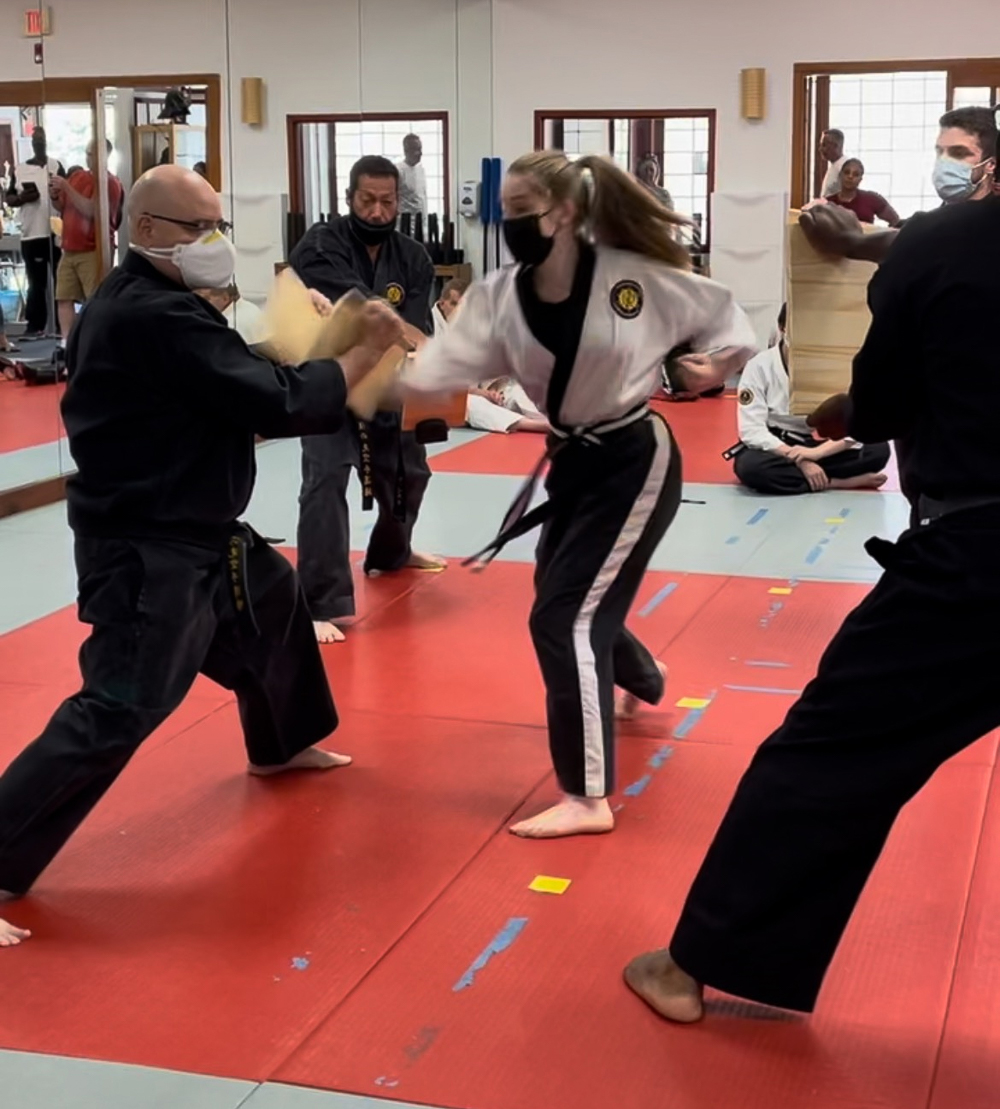 A Go No Sen teammate, Colin Smith, lives in Peekskill and rides the train with Megan as he commutes to the Masters School in Dobbs Ferry. He said she often studied karate terminology on the rides and practiced her rolls between training classes and karate events.

Go No Sen’s training emphasizes discipline, focus, goal-setting and self-control. Megan “had to commit herself to keeping good study habits, making her bed, logging random acts of kindness and more,” according to Tyler Smith. “She exemplifies the qualities that we look for in black-belt leaders: honesty, confidence, passion, communication skills, discipline and commitment.”

Megan “has honed her ability to connect,” said Tyler Smith, and now teaches younger children as a junior instructor three days a week. Juggling karate and school has also taught her the importance of focusing on one thing at a time, Megan said.

“When a kid starts screaming around the room and I can’t teach the rest of the class because he’s distracting everyone, it’s about knowing that I’m the person in control,” she said. “I love karate; it’s what I want to do.”