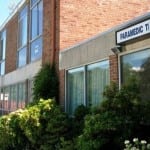 Putnam County legislator Vinny Tamagna appeared before the Philipstown Town Board monthly meeting last week (August 5) and reported that an agreement for the county’s proposed purchase of Butterfield Hospital could be finalized by the county legislature in September. Tamagna said that in part, finalizing the deal, “hinges on the cooperation of the town and the villages” of Cold Spring and Nelsonville. Tentative plans for use of the former hospital call for a number of local municipal services to move into the facility once it is renovated.
According to Tamagna, acquiring the hospital is a very cost-effective investment. “We are spending very little money” he said, adding that revenue from the Lahey Pavilion, an AT&T antenna located on the roof of the building and the relocation of the Cold Spring post office to the site will “come close to covering the cost of debt servicing” associated with the purchase. The greater cost will come from upgrading the building to accommodate its new uses.  “We’ll spend money on renovations,” Tamagna said. He said that some of that cost can “be offset by (local government) consolidation.” 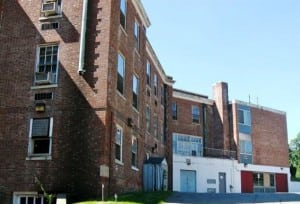 Side of Butterfield Hospital

Contacted by Philipstown.info on Saturday, Tamagna said that it is important to move forward with the project in September. He said that developer Paul Guillaro, the current owner of the property, “has been very patient. He needs to be able to either sell the property or proceed with his own project.” Tamagna said that resolving the Butterfield purchase soon is also vital to the completion of the new Comprehensive Plan being drafted for the Village of Cold Spring. Public workshops held as part of that planning process produced numerous suggestions for community uses of the Butterfield site.  For example, the plan will recommend a site for a new Cold Spring fire house and the Special Board for the Comprehensive Plan has identified Butterfield as the preferred site. That recommendation cannot be made until the Butterfield deal is completed. The Special Board hopes to have the Comprehensive Plan completed in time for formal public hearings in September. 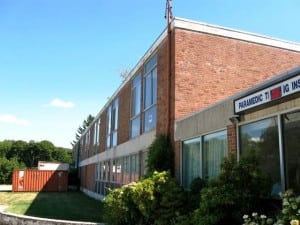 Tamagna said that one of the final hurdles to completing the project centers around bonding the purchase as a County project while gifting the property to area municipalities.

One thought on “County Closer to Butterfield Purchase”