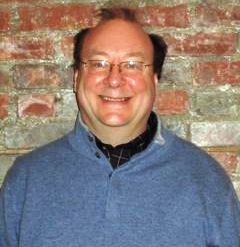 If an ex-MI5 gunrunner type operative wanted to turn up at a clandestine location, those old standbys of Berlin or London are not where the action is heating up nowadays , Russia is, and Our Man in Havana is now Our Man in Moscow.  Cold Spring’s David Duffy, being enamored of the best of hard-boiled detective fiction and of contemporary Russia as well, puts both on the table in his debut novel, Last to Fold, which is being published on March 29.  Knowing that the most resonant detective fiction is pegged upon memorable characters and not just twisty plotting, Duffy has come up with a vividly named protagonist, Turbo Vlost, a former KGB-er born in the Gulag and self-exiled to New York.  In creating Vlost, Duffy drew upon the transitory nature of many behind the curtain oppressors, who began their days as the oppressed and often wound up back where they started.   Vlost’s youth is spent in the Gulag, as Duffy describes it, “casualty of Stalin’s campaign of persecution and cheap labor, against his own people , hauled off in the middle of the night.   Suppose this guy’s born into that world, is picked on, is tough and has a facility for languages which he’s developed from being thrown in with lots of foreigners. Interest from the KGB moves him from prisoner to jailer.   I thought that would make a great back story.”

Though Russia serves as the psychic backdrop for the story, the action moves to New York, both Manhattan and the Russian enclave of Brighton Beach, as Duffy wanted to use settings he knew well.   According to the book’s description, the plot involves a banished son, a lethal, buried-in-the-past conspiracy, a none-too-pleased (are they ever?) ex-wife, stolen identities, a kidnapping, hi-tech money laundering, and, as if all of those delicious things aren’t enough, “a plot to cover-up KGB orchestration of the 1999 bombings of four apartment buildings that killed 300 people, ignited the second Chechen War and propelled Putin to the presidency.”   Obviously not a book where nothing happens!

This is Duffy-s first published novel, though he has spent a life crafting words, working for over 25 years in financial public relations.  He tried his hand at novel writing earlier, and has two manuscripts he deems “not that good , they-re sitting on a shelf in the closet.” Duffy’s interest in things Russian benefited from time he spent nearby, for a stretch, in Poland. In the early 90s, Duffy spent three years in London opening an office for a consulting firm and traveling on the Continent.  It was from that vantage point that he watched post-Berlin Wall-tumbling-down developments in Europe. Assisting in a project aiding Eastern European countries transitioning to market economies, Duffy had the dubious distinction of solving the infrastructure problems inherent in introducing taxation to a nation not used to it.  His time in Poland proved fruitful in soaking up atmosphere. “It was fascinating.  I spent a lot of time at the Ministry of Finance.  There was this old apparatchik, a holdover from the 60s , who sat all day in a big wood-paneled office, and behind her was a giant calendar with naked women on it.  We couldn-t figure it out; it was as if it was “okay”, we-re supposed to be Western now.”

Returning to the U.S., Duffy’s position as head of corporate communications for Chubb Corporation, the biggest insurer of fine art and antiques in the country, led to an unexpected stint as producer of the U.S. version of Antiques Road Show. Chubb was approached by WGBH, the PBS station in Boston, regarding sponsorship of an American version of what had been a British hit show.   Duffy recommended the idea to Chubb and persuaded them to fund the show for three years and go beyond it by actually producing the show.   Duffy wound up in charge, and traveled with the show for a few years, which he calls “hard work, longs days, very rewarding.”

Soon after September 11, Duffy began to re-appraise his own life, deciding, with his wife, to spend more time in the Hudson Valley, where they had been weekending, and less in the city, shifting their center of gravity. The charms and lifestyle here, Duffy says “It’s such a wonderful area you can’t help but fall in love with it”, took hold to the extent that they switched things around and now live here and retain a small place in the city.  A decision to take his business skills and apply them to the not-for-profit sector didn’t pan out as he had planned, and there came that moment of “I’ve spent all these years writing stuff for others, maybe now it’s time to write for myself , though I haven’t been one of those people with a lifelong desire to do it.”

Writing instinctively, after trying various methods, including outlining,  Duffy became a master of re-drafting, “I had to get to know the characters to see how they’d react.  I’d get stuck on, say page 188, and know that the problem wasn’t there, the problem was back on page 35, and something wasn’t sequenced right.  Every time I make a major change I make a new draft.  I wound up with 27 or 28.  After completion, Duffy sought input from writer friends, and friends who read a lot. “I want complete honesty.  What I want to know is what’s not working, or ‘I don’t understand how you got from here to there.’   It’s so subjective, but I was lucky to be shown some quite specific, fixable problems.  That feedback was worth its weight in gold.”

Galvanizing the whole endeavor was a trip Duffy and his wife took to Russia as tourists around 2007, having long been fascinated with the country. “It was a time of transition , still is , Putin was in power but there was a Wild West atmosphere.  The eight-lane thoroughfares that were built for parades [in the Communist era] were now filled with Mercedes going 70 miles per hour.  Incredible displays of wealth by the new Russians.  We went to dinner at a downstairs cafe near Pushkin Square.  Just a cafe, but the sidewalk outside was a parking lot of BMWs and Mercedes with big guys standing next to them.  Inside the place there were all of these pudgy guys with women with legs up to here, one on each arm!  It’s theater and we were captivated by the whole scene.”

The book was completed before any publishing deal was confirmed, and no agent was in place.  In fact, despite the usual round of rejections, Duffy began work on a sequel.  By chance, a friend met publisher Thomas Dunne, who has an imprint at St. Martin’s Press. An “I have a friend” was met with “When he’s ready, have him send me a query” and dot-dot-dot the publisher, whom Duffy dubs “one of the few in publishing who enjoys taking a chance on an unpublished writer,” wanted not just the first volume, but the unfinished second as well. It is due out in about a year.

So now it’s onwards to the marketing of Last to Fold. With a first novel, there isn’t a cushy marketing budget, so Duffy knows that the majority of the work will fall to him.  His initial forays are local. He will be speaking at eight or nine of the Mid-Hudson libraries, along with some regional bookstores.  He is happy to be giving a talk and book signing right in his own backyard, at the Desmond-Fish Library on Sunday March 27, at 2 p.m., with net proceeds from books sold benefiting the library.

Duffy promises that if the books sell well enough to warrant the option of a third or more, Turbo Vlost will just have to acquire a piece of property in Cold Spring, so that another background familiar to Duffy will be put to good use.  Oh, imagine the mayhem likely to ensue.   The scenarios and shenanigans are the stuff that dreams (or nightmares) are made of.
Photo by A. Rooney