Attempting to prevent “an opportunity to dispose of stolen property,” the Putnam County Legislature last week enacted a law requiring antique jewelry dealers and other shops selling used gold or silver to annually pay $250 for a license and fulfill new paperwork obligations.

Along with other stipulations, the law, to take effect Oct. 1, demands that dealers obtain solid identification of a seller before buying a pertinent item.

Unanimously approving the law on July 2, the Legislature found that “the public health, morals, and general welfare of the County of Putnam will be protected and promoted and the best interests of the people would be served by control and regulation of second-hand dealers.”

Ostensibly designed to assist law enforcement, the measure targets certain “second-hand dealers,” defined in part as “any person” or entity “dealing in the purchase or sale of any second-hand manufactured article composed wholly or in part of gold, silver, platinum or other metal,” or engaged in such activities as purchasing precious metals to melt down, or buying or selling pawn-broking tickets. It amends Chapter 195 of the County Code, on “precious metals and gems.” 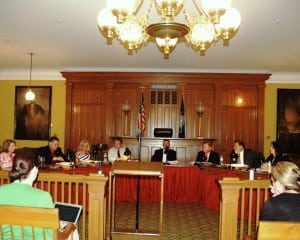 In addition to paying the annual licensing fee, the law forces dealers to post an initial $5,000 bond. Likewise, it bans payments in cash, transactions between 10 p.m. and 6 a.m., and purchases from drunkards or the mentally unsound, and states that dealers must retain a relevant item for 14 days after acquisition before selling it.

The legislation does not apply to homeowners who conduct yard sales, if “the items offered for sale are owned by the occupant or seller” and if no more than three yard sales occur yearly. It also excludes an auction held by a licensed auctioneer, established coin shows, and events of not-for-profit institutions or charitable organizations that receive used goods for sales.

However, the law offers only partial exemption for antique stores, granting an exemption to “goods sold as bona fide antiques, with the exception of antique jewelry… .” It does not “grand-father-in” or provide a break to existing shops.

Stores covered by the law must apply to the Putnam County Director of Consumer Affairs for their second-hand dealer license. Once the law takes effect, no one in Putnam County can “establish, engage in or carry on, directly or indirectly, the business of dealing in second-hand articles” without that license.

In the “legislative intent” preamble in the law, the legislators referred to “the increase of incidents of property theft, the increase in the price of precious metals and gems and the ease with which some second-hand dealers buy and sell precious metals and gems without requiring identification or proof of ownership” and said dubious dealers give criminals “an opportunity to dispose of stolen property.”

The law states that “for business enterprises to be allowed to continue to operate without laws to control and regulate the purchase of such articles not only jeopardizes the property rights of many people, but also extremely hampers law enforcement agencies in their efforts to recover stolen property and identify suspects.”

The law also specifies various records dealers must keep, including – among other data – details of the amount paid for a used item; its “complete and accurate description”; a photograph, “in the case of precious metals, jewelry, gems or precious stones”; the seller’s identification information, taken only from a valid U.S. passport, New York State driver’s license, or the alternative state-issued identity card; and “a physical description of the person conducting the transaction.” 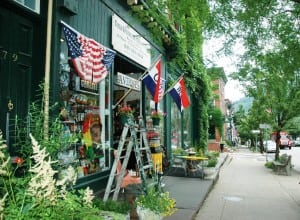 Moreover, the law appears to make dealers read local newspapers for notices of lost or stolen goods, or follow law enforcement announcements, to ascertain that nothing in their shops was previously stolen. It states: “If any articles composed wholly or in part of precious metals or gems shall be advertised in any newspaper printed or circulated in the county,” or reported by law enforcement officials as lost or stolen, “and if any articles answering such advertised description or any part thereof shall be in or come into the possession of any licensed dealer … such dealer shall immediately give information relating thereto to the appropriate law enforcement agency.”

As of 5 p.m. Wednesday, the county Consumer Affairs Department had not responded to a request, submitted Tuesday, for answers to basic questions, including whether county officials had considered its economic impact on small antique shops that sell jewelry and where the impetus behind the law originated – whether with the Putnam County Sheriff’s Department or local police agencies, members of the public, or some other source.

David Cooke, of Sarabeck Antiques in Cold Spring, a leader among Philipstown antique dealers, said Tuesday (July 9) that he was unfamiliar with the new legislation but would review it for possible implications for himself and his colleagues. Meanwhile, he remarked that “it’s getting harder and harder to make a living owning a small business. I don’t think any of the legislators are business owners so they probably don’t have a clue how difficult it is. I understand the need to have regulations in place to help thwart theft” from homes, Cooke added. “But I seriously doubt if this will actually work. When a thief needs drug money they’ll keep breaking into homes and will always find a way to ‘fence’ the stuff.”