Last year, Philipstown.info/The Paper covered Brian Nice’s A Point of View exhibit, then showing at the Garrison Art Center. We wrote, “Photographer and Garrison resident Brian Nice has represented how he sees the world, quite literally. His images, some with multiple exposures and layering … are not some kind of statement as to what he thinks the world is coming to. Rather, they are an accurate visual representation of how he, once a top fashion and commercial photographer, now actually physically sees the world after experiencing a traumatic brain injury (TBI) out of the blue three years ago … Nice, whose injury has affected his motor skills and physically confined him to a wheelchair for now, has retained his creative spirit and artist’s eye, the internal one.” 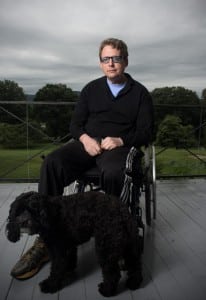 Brian Nice, with his dog.  Photo by Christine Ashburn

Nice is embarking on a new and ambitious project: he is hoping, come October, to embark on a cross-country road trip, photographing American landscapes. Long before his injury, Nice was part of a cross-country running team that ran from Los Angeles to New York. Now he intends to make the trip in reverse, taking a more southerly route, as elevation is not good for his condition.

“I’ve had a lot of time to think over the past four years,” he says, “and I believe that so many things that happened to me all helped me get ready for the challenges I face now. One of my passions has always been photographing the landscape, which I still love despite my current limitations. I hope that my journey will inspire other people, especially survivors of TBI who are grappling with their own versions of a “new normal.” 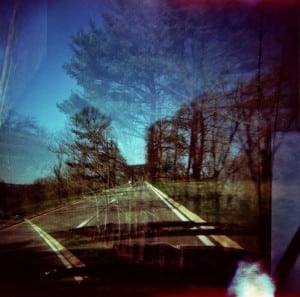 Photographer Christine Ashburn, who is helping Nice try to bring this project to fruition, “did not know Brian prior to his TBI; I have never seen him walk,” she says. “Brian’s sister Leslie suggested I come sit and talk shop with him one day, as he would appreciate the company. Another friend quoted Brian as saying that his life was like a bad country song. I chuckled — I could relate to his humor and I knew then that I would follow through and go meet him. I was nervous the first time we met; it was hard to understand his speech. I broke the ice with our “bad country song” and we went from there. I spent our first few visits reading Victor Frankel’s book Man’s Search for Meaning which basically states that there is no grand purpose to life other than surviving, no matter what the circumstances. When I’d visit he’d almost always ask, ‘Have you been shooting?’ Brian is in an intense level of survival beyond what most of us are even capable of imagining, and he keeps taking pictures and never loses his progressive focus. The remnants of his former life have been nearly obliterated, yet his spirit is completely intact. He remains positive, determined, and despite all his hardships he carries on with grace and humor. When Brian first mentioned the idea of doing his cross-country trip, I didn’t know what to say; it seemed like a far-flung idea far beyond his capacities and I wasn’t sure I should encourage it. However, it all effortlessly seemed to start falling into place and before I knew what had happened I was swept up into the momentum.” 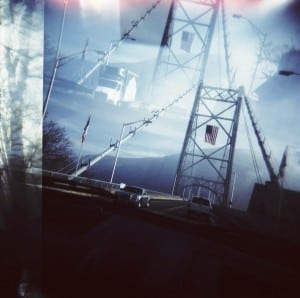 Plans are for Nice and his team to travel 7,000 miles in a four-week-long round-trip from Garrison to Santa Monica, Calif. A host of projects are planned to complement the journey: a coffee table book, a documentary film, and a gallery exhibition of the photographs generated. The team will take two cars and will include drivers, a health aide and a filmmaker.

Another of Nice’s “team” of supporters is Julie Heckert, who has known him for decades. “Brian has always been a person of industry; he always had a project in the works,” she notes. “It will make him feel healthy again to accomplish this. His sense of humor is completely intact. He was a prankster, a naughty boy, and he’s still that — this is just a physical challenge. Also he was in the best physical shape of anyone I have known when this happened, and all that training as a runner has helped him deal with this.” Heckert calls the project “a fantastic opportunity for me, and a tremendous challenge and accomplishment for Brian.” 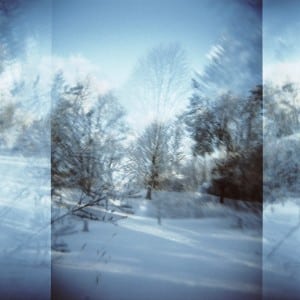 Much of Nice’s worldwide commercial work, for clients like L’Oreal and Givenchy, took place outdoors. His commercial success afforded him the opportunity to pursue more personal projects, such as one documenting vanishing icebergs in Greenland with his father. Above all, he says, “I love photography and want to keep taking pictures. After my first brain bleed and surgery in September 2009, I could not imagine how I would be able to continue doing the art I loved, any physical activity, or even the basic task of living life. It seemed like all had been taken away from me and my goal was to simply survive. A friend gave me a point-and-shoot camera and this was an uplifting experience. My current work is very different, yet it helps me express and show how I see the world now. It allows me to continue my art and gives me a real sense of myself. I still connect to the world through a camera – I just have a different perspective.

Ashburn reflects further, “At the beginning of our journeys I was thinking I would be better equipped to help him along his way. However, I have found the opposite to be true, as Brian has mostly helped me. He has helped me see that despite any hardships one encounters, one is capable of not only simply surviving but also thriving. Brian’s lesson goes beyond not taking things for granted or simply enduring past limitations; he reminds me that there is always room to flourish, too. Brian’s journey across America is a testament to how far one can not only endure but also soar despite any limitations; he is an inspiration to not only those suffering TBI, but to anyone he encounters.” 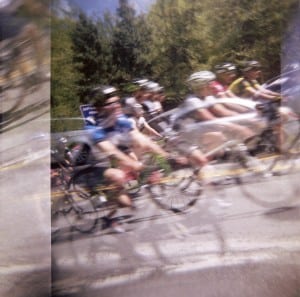 Nice is fundraising through indiegogo.com, setting a goal of raising  $49,000 by Sept. 8. The funds raised through this campaign will be used to cover expenses including 30 days’ worth of gas, food and lodging and photographic processing and scanning expenses. The team is also looking for corporate sponsorship, perhaps from a hotel or car company. All funds generated by the campaign will be donated to the My Point of View project and Nice Art, LLC. Any surplus funds that remain after the completion of the photo expedition, book production and documentary film will be donated to his sister’s nonprofit, Therapeutic Equestrian Center in Cold Spring. None of the funds generated will be used for personal income in any way.

For more details on the project visit indiegogo.com/projects/my-point-of-view–3.

3 thoughts on “My Point of View Hits the Road”