In a recent article in this newspaper, Towne Crier proprietor Phil Ciganer said, “business makes business,” in reference to the influence his relocation to Beacon might have on the revitalization of the city’s Main Street corridor, what developers call the “Market Square” section of town.

Now that the once half-vacant building where his music venue is located is 100 percent occupied, Ciganer’s adage rings true. By the time the Towne Crier held its first show here last October, the remaining four storefronts, located at 379-389 Main St., had been leased to new businesses. By the end of January, all of them will be open.

Locomotive Crossfit, which provides customized fitness classes and coaching, has been open since last June. The hard bodies on full display through the gym’s street-level windows could inspire almost any passerby to make a healthy New Year’s resolution. 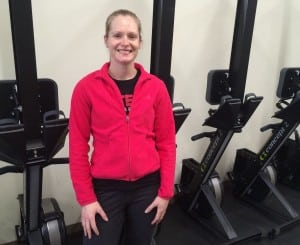 “We signed our lease just after the Crier signed theirs, but the building was still empty,” said Siobhan Vondra, of New Paltz, who co-owns the gym with Beacon resident Sean Singleton. As her Saturday morning fitness class dispersed, Vondra explained how they decided on the location for their first business. “The Crier was definitely part of the attraction,” she said. “It was an established business with a following. And Sean is from here. It seemed like the perfect spot.”

Roosevelt Vet on the Hudson re-opened its larger facility in the building last month, just a few doors down from its previous location. It provides comprehensive pet health services. Owner Allison Glassman, who is headquartered in Brewster, N.Y., signed her new lease just after Thanksgiving last year. “We needed more room due to high response from the community. We are thankful for such a great welcome.” 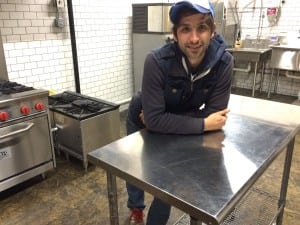 Founded in 2012 by Schuler, who once managed the cocktail program at Gleason’s in Peekskill, Drink More Good uses locally sourced and organic ingredients to create handcrafted soda syrup, tea and tisane concentrates, and bitters.

More space allows Schuler to make his signature products on-site, whereas before he was renting Gleason’s kitchen overnight while running his retail and wholesale businesses during the day. “We’ll have a soda and bitters tasting bar as well as products for sale: more than 100 different local, organic and fair-trade herbs and spices, loose leaf teas, shelf-stable products from local farmer’s markets, and barman supplies,” said Schuler. 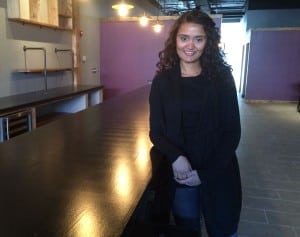 Rinny Shah says she signed her lease before she knew about the Crier. She credits the city of Beacon as not just the chosen spot for her wine bar, Oak Vino, but also her inspiration. “I’ve loved Beacon since I moved to New York. It’s a small town with big dreams, so I felt like I fit right in. I recently had an experience that showed me life is too short, so I quit my corporate job to do this instead.”

Shah, who lives in Middletown, N.Y., signed her lease in August but didn’t move in until December, once some required build-out was completed. The interior of Oak Vino, which Shah designed herself, reflects a sensibility she describes as “laid back but with class.” “Wine brings people together and encourages conversation,” she said. “It creates memories.” Shah hopes to be open by Jan. 15.

Drink More Good is directly adjacent to the Towne Crier, by choice. “We already have a good presence in town and everybody knows us, but the Towne Crier is bringing in a demographic that wasn’t necessarily here before,” said Schuler, who is originally from Hopewell Junction. “The more people who are starting to recognize and discover Beacon, the better for everybody.”