‘When you know the story you’re telling is the right story, you figure out how to tell it’

For all the tired commuters happy to see the Cold Spring station at the end of a long, cold day, consider how happy Rob Bissinger was, just a couple of weeks ago, to see the Hudson and Storm King, returning home after spending four months away from his family in Sochi, Russia, where he was art director for the Opening Ceremony of the 2014 Sochi Winter Olympic Games.

Behind the spectacle of a ceremony like this one lies, of course, years of work, and Bissinger was involved from the inception, working under production designer George Tsypin to facilitate the design. As Bissinger describes the hierarchy: “George comes up with the concepts and designs. I manage the very large team that implements the concepts and brings them to reality.” Tsypin — based in New York, born in Kazakhstan — was hired by the Russian government after a lengthy bidding process.

“They were seeking a Russian designer experienced in large scale production,” Bissinger said, further explaining that because of the expertise required, with just a few companies around the world able to take this on, it is common for Olympic opening ceremonies to go to a non-national company. In this instance, conception and design were done by Tsypin and company, while fabrication and implementation of those designs were subcontracted out globally, with work done by a 250-person team, based in English-speaking countries around the world.

Bissinger’s involvement stems from his last affiliation with Tsypin, which, while on a far smaller scale, was also fraught with all the things that ambitious productions can be fraught with — Broadway’s Spider-Man: Turn Off The Dark, for which he was the associate scenic designer. Bissinger, who grew up in Hyde Park, graduated from SUNY Purchase with a degree in scenic design, and worked as a scenic designer on “little shows in New York City” before going on tour as a technical director for a number of years. 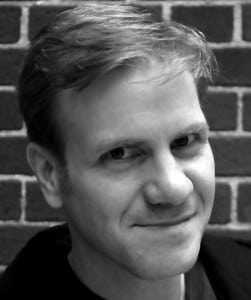 He eventually established his own studio, and caught the eye of David Rockwell, owner of the Rockwell Group, which did larger scale productions, including the Venetian Phantom Theatre in Las Vegas. Meanwhile, Tsypin, known for his work in opera, was trying his hand at Broadway, and his “very European process” as Bissinger describes it, was making it difficult for him to find an art director he could work with easily. “I impressed him; we had a good working relationship on Spiderman so he called me for the Olympics. Once it was clear that he was being strongly considered I helped develop his bid proposal, which at that point meant the broad strokes of the design.”

Content-wise, Bissinger notes: “George did a huge amount of research, plus it was very personal. The overall structure strayed very little from the first script we did, in terms of what moments in Russian history George wanted to focus on and how he wanted the world to understand them.” For instance the early 20th century section, with its emphasis on the workers’ revolution, the rise of the proletariat, the avant-garde painter Kazimir Malevich, and agricultural machines changed little from idea to end product.

On the road to Russia

The preliminary work took about two years, during which time Tsypin and Bissinger worked with a Russian director and his team, who frequently traveled to New York, honing and refining the show. During this period they and an American-based studio team working with a British-based management team developed models, designs and graphic elements. 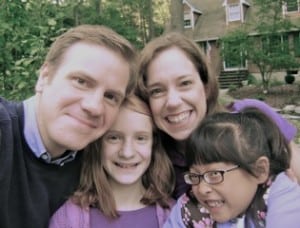 By 2012, Bissinger, who had never previously been to Russia, found himself traveling back and forth to Moscow, which he calls “a great city — I like it very much.” Working with Russians brought its own rhythms and pace. “Russians are passionate about the poetry,” he says. “They just have the temperament and heart of artists, so time and logistics are unimportant. What good is opening a show if it isn’t brilliant? Other countries are more pragmatic, but with the Russian process it has to reach deep into the poetic heart. Also the legacy of the Soviet Union is still very strong there — a sense that ‘this could all be taken from us’ at any time.”

Bissinger first set foot in Sochi a mere four months before the Olympics there began. His first impressions: “Honestly, it was kind of country mouse, city mouse. I was lulled by Moscow, the culture, the speaking of English, the boutique eateries. Sochi is really a beach town. The locals ranged from enthusiastic to exasperated and everything in between. The infrastructure had to be built from the ground up, and it was tricky. In the provinces very little English was spoken. The cuisine was, let’s say, local — a typical meal was full of root vegetables: lots of beets, turnips, potatoes and of course cabbage.”

The lack of infrastructure didn’t unnerve him, Bissinger said.

I never panicked because what are you panicking about? The show’s gonna be what it’s gonna be; the ball spinning around the roulette wheel has to land somewhere. There were absolutely setbacks — we had to rethink the lighting of the cauldron at the last minute. The frustration largely came when you could see that if you had certain things in place you could provide a certain level of production — kind of knowing what you ‘could have done.’ But I thought the concept was solid and so long as we could keep that concept and half the pieces, we’d have a very good show. You panic when you don’t know what you’re trying to do. When you know the story you’re telling is the right story, you figure out how to tell it.

Although he stayed in Sochi throughout the Olympics, Bissinger never partook of any sports viewing, as “the events I wanted to see weren’t happening when I was free; there was women’s curling, but no hockey” he says with a sly smile. Although he was working during the opening ceremony itself, he was able to simply watch some of it, proudly. “It was stunning live,” he says. “The sight of the troika, in particular, was breathtaking; something that large in space and yet that effortless — it felt like a piece of glass, floating.  That was my favorite piece in the show.”

Asked whether he would take on another Olympics if the chance ever came his way, Bissinger — who was dearly missed by his wife, dance studio owner Katie Bissinger, and his two daughters, Riley, 12 and Hannah, 8 — paused, and didn’t actually answer the question, instead musing, “There is no one Olympics experience. I worked with people on this project who had done others and attested that this was not like the other experiences. This was a Russian experience more than an Olympic experience.”

Bissinger is back at work already, designing for an off-Broadway show called A Night with Janis Joplin. The scale is completely different, which doesn’t bother him. “Big, small, it’s the piece and whether it inspires. I’m not afraid of the big stuff, but the small stuff can be satisfying, too,” he said. He is happy to be home, period.

“If I’m honest,” he says, “I do appreciate America and American culture more than when I left. Home is home and maybe it’s because I grew up with it, but it’s also going all the way back to the folks who said we should have a system of checks and balances, that American ability to see both sides. We should all feel very fortunate to live where the fringe never takes over and the needle stays in the middle. I think Russia is still recovering from the Soviet Union and finding its identity.” With Crimea at the forefront of the news, Bissinger, having been geographically and culturally so close to it for so long now, says, “It’s what I expected Putin to do. It’s part of growing pains. There’s a sadness that they [Russia] are not allowing themselves to be as great as they can be; I have an affection for them now.”