The creative work of five Haldane students was recently selected to be evaluated at the state level in the national PTA program that promotes creativity, Reflections. Of those five, one, a musical composition titled Touch The Sky, by sixth grader Gabriel Keller, was chosen by state-level judges to advance to the national level. The other students were Lucy Austin (literature), Theodore Bates (photography), Sara Labriola (music composition) and Cassandra Laifer (visual art). 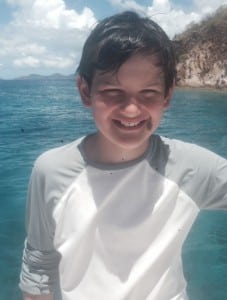 The PTA Reflections program was founded in 1969 by Mary Lou Anderson, and the national PTA organization describes it as “encouraging students to explore the arts and express themselves by giving positive recognition for their artistic efforts.” Each year, a theme is chosen and students in different grade levels are invited to submit works in a variety of categories including literature, choreography, photography, visual art, and music composition. This year’s theme was ”Believe, Dream, Inspire.”

For Reflections the number of entries allowed to advance from each district is two students from each category in each level, so 10 were submitted to the Taconic regional level, then 35 entries advanced to the state, five of which were from Haldane. From those entries submitted to the state, Gabriel’s entry was chosen to advance to the national level. Gabriel wrote the lyrics and played the piano, and described his composition relating to the theme:

“My song is called Touch The Sky. I was inspired by knowing that if you try hard enough, you will be surprised by what you can accomplish. Touch the Sky relates to the theme of “Believe, Dream, Inspire” because it is all about trying your hardest even when things take a turn for the worse.”

Touch the Sky, by Gabriel Keller

Photo courtesy of the Keller family