Several news outlets including ABC News and The Poughkeepsie Journal report that at her arraignment in Orange County Court on Friday morning, May 29, Angelika Graswald pleaded not guilty to charges that she murdered her fiancé Vincent Viafore. The reports indicate that she did not speak at the arraignment and that the plea was entered by her attorney Richard Portale.

At a press conference held in Goshen on Tuesday, May 26, Orange County District Attorney David Hoovler confirmed that the body removed from the Hudson River last Saturday was that of Viafore. The 46-year-old Poughkeepsie resident went missing on April 19 after what was originally thought to be a kayaking accident. On April 29, Graswald was arrested and charged with his murder. 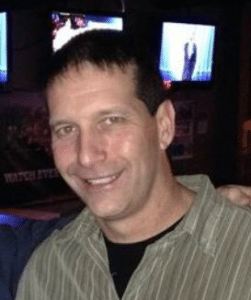 Orange County Sheriff Carl DuBois said that a boater called police Saturday, May 23, around 10 a.m. to report seeing a body in the Hudson River just south of Bannerman’s Island. At the time, Orange County Sheriff’s Deputies were patrolling the river not far from there in connection with graduation ceremonies being held at the U.S. Military Academy, and they secured the body until New York State Police arrived on the scene.

Viafore’s body was taken to the Orange County morgue where an autopsy was performed. No details of its findings were made public at the press conference.

New York State Police Capt. Brendan Casey said at the press conference that the investigation is continuing and that the discovery of Viafore’s body “presents different challenges for us,” though he did not elaborate.

The Poughkeepsie Journal reported that the district attorney alleges that Graswald removed a plug from Viafore’s kayak, causing it to fill with water, and quoted a statement from that office that she “moved the paddle away from him as he was struggling to stay afloat with water temperatures in the 40 degree range, and failed to render him assistance including timely calls for help.”

The news report also indicates that she made voluntary statements to investigators, including a comment that “it felt good knowing (Viafore) was going to die,” and that she had felt trapped in the relationship. The Journal also reported that Graswald stood to benefit from Viafore’s $250,000 life insurance policy.