Steve Voloto, sole proprietor of SDV Carpentry Inc., is seeking elected office for the first time. He and his wife, Lara, have three teenage children, Kyra and twins Jack and Aidan Cimino, from Lara’s previous marriage, and a three-year-old son, Sam. Voloto is now one of three candidates (the others are Lynn Miller and Barney Molloy) for two seats that will be filled by voters on Tuesday, March 15. His responses have been edited for brevity.

What is your primary motivation for running for the village board?

I’m going to be in this town for a long time. I’ve lived here five years and have been coming here since I was 11 years old. I want to get involved with the village. My strengths will help the board.

What qualifications, skills and experience make you a strong candidate?

A lot of things the village deals with involves construction. I’ve had a construction and carpentry business for more than 20 years and I’m a general contractor. I coordinate all the trades and deal with architects and engineers. I work with a lot of people to get the job done on time and on budget. I’m good at working with others. In the past I worked as journalist for four years, at the state capital in Albany and then in Middletown. Journalism helped me understand bureaucracy and gave me some insight into government that a lot of people don’t have.

What are three important issues facing Cold Spring that the board must address?

Revenue generation is a big issue. The village needs capital. The code update is also important. The [old[ code is from the 1960s and there’s been a lot of change in the construction industry since. Much of the code is based on legitimate safety issues. And with all the old buildings how can they be code compliant — how do we make that work?

Then there’s the parking situation. It’s a bigger issue than one meter going in and the residential permits that are being worked on. It seems to me there is more revenue that can be made here. There are a lot of people who come here to visit.

What is one skill that you feel you need to improve?

Just learning the procedures involved with being on the board would be my biggest challenge — getting up to speed on what my role is and what’s required of the board by law. There’s a lot to learn and I have a lot of reading to do.

Has the Village Board become too politicized?

For me it’s not an issue. There’s divisiveness in the village, and a lot of hearsay, but I don’t know what’s pushing the anger between the two sides. I just want to get the job done. National party politics is not an issue for me. 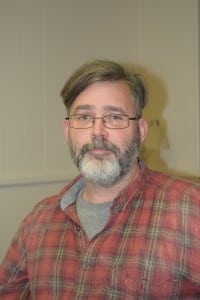 What is one area the board deals with that is of personal interest to you?

I’m interested in the Fjord Trail and I want to learn what’s going to happen with it. Maybe there’s some revenue to be made for the village. And I’d like to be the “sexton” for the village board. I have the skills to help evaluate buildings owned by the village. Or if boards such as Planning, Zoning Board of Appeals or Historic District Review Board have issues that I could help with I’d like to make myself available.

Which of your personal traits make you a good candidate?

I’m trustworthy. I’m a hard worker. I’m not a dictator. I enjoy working with other people and I’m very good at it because I do it every day. I’m loyal to people I work with. And I’m not a quitter.

Cold Spring faces a tax cap of 0.12 percent for the 2016-17 fiscal year. Are there aspects of village spending that could be trimmed, freeing up funds for priority items?

I’d like to look at energy costs, perhaps more LED lighting — they save a ton of money. I look at things practically — should we fix up an old truck or buy a new one? I’d like to know more about the police department — what they do, what their role in the village is.

Streamlining local government has been discussed for years, yet little has happened. What are your thoughts?

I’m interested in looking at possibly combining public works departments, road maintenance, plowing. Cold Spring, Nelsonville and Philipstown are so closely related in terms of roads — it seems it should be looked at. I do think Cold Spring’s highway department does an awesome job.

Should the Cold Spring election be held March or be moved to November?

I see a need to move it to November. There’s massive pressure to get a new budget and get it passed, and now two new people are going to get thrown into the process. I do understand the tradition of March elections and appreciate that. But at the same time, if there is no affiliation with national parties and we stick to that, the party isn’t the issue. I’m running as “The Highlands” party.

What do you do to relax? What is recreation for you?

I’m an avid mountaineer, an ice climber and a rock climber. I’ve been around the world climbing in a lot of places. And I enjoy kayaking and swimming. I’m an outdoorsman.

What’s the No. 1 reason Cold Spring residents should vote for you?

I live and work in this area — often working in the village. I’m very much about the village and I’m not going anywhere. My three-year-old son will graduate from Haldane in 2030. I’m accountable, and I have no problem holding others accountable as well.