Highlights from Nov. 8 and Nov. 22 meetings

Residents of Cold Spring could see their electric bills shrink if the Village Board elects to take part in a renewable energy program being promoted to municipalities in the Hudson Valley.

At the board’s Nov. 22 meeting, representatives from Renewable Highlands explained Community Choice Aggregation (CCA), a nonprofit project approved by New York State that shops for the best available price for electricity for residents and small businesses.

The village would incur no costs by joining the CCA because the energy supplier pays the administrative costs. A small fee, about a tenth of a cent per kilowatt-hour, is taken from the savings realized. In the past only large energy users such as industry, big-box stores and hospitals have been able to negotiate better rates. 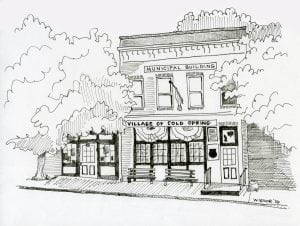 Under the CCA program, residents would still deal with Central Hudson. The only change in their monthly bills would be a listing of the energy supplier contracted by CCA. Residents and businesses owners could opt out at any time.

Twenty municipalities in Westchester County have joined CCA with 14 opting to purchase all of their electricity from renewable energy sources. According to CCA representatives Michael Rauch and Glen Weinberg, residents there have seen savings of about 17 percent. They estimated that in Putnam County the savings would be closer to 5 to 10 percent because the smaller population has less purchasing power.

Philipstown, Beacon, Fishkill and Wappinger Falls have passed resolutions in support of CCA and Rauch and Weinberg asked the Cold Spring board to do the same. Trustees will consider the matter after reviewing the resolutions. A public hearing is required before the program could be adopted. 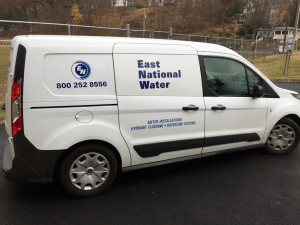 East National Water vans will be a familiar sight around the village as digital meters are installed. (Photo provided)