A Beacon developer is moving forward with plans to construct more than 300 apartments at a site a half-mile from the Metro-North train station.

If approved, the project, dubbed Edgewater, would be the largest apartment or condominium development in Beacon.

Plans submitted to the Planning Board earlier this year by Scenic Beacon Developments, which is managed by Rodney Weber, call for 307 studio, one-, two- and three-bedroom apartments to be spread across seven buildings on the 12-acre site at 22 Edgewater Place. The materials state that Scenic Beacon expects current and new city residents to live at Edgewater, with the availability of smaller spaces there designed to keep and attract “millennials.” 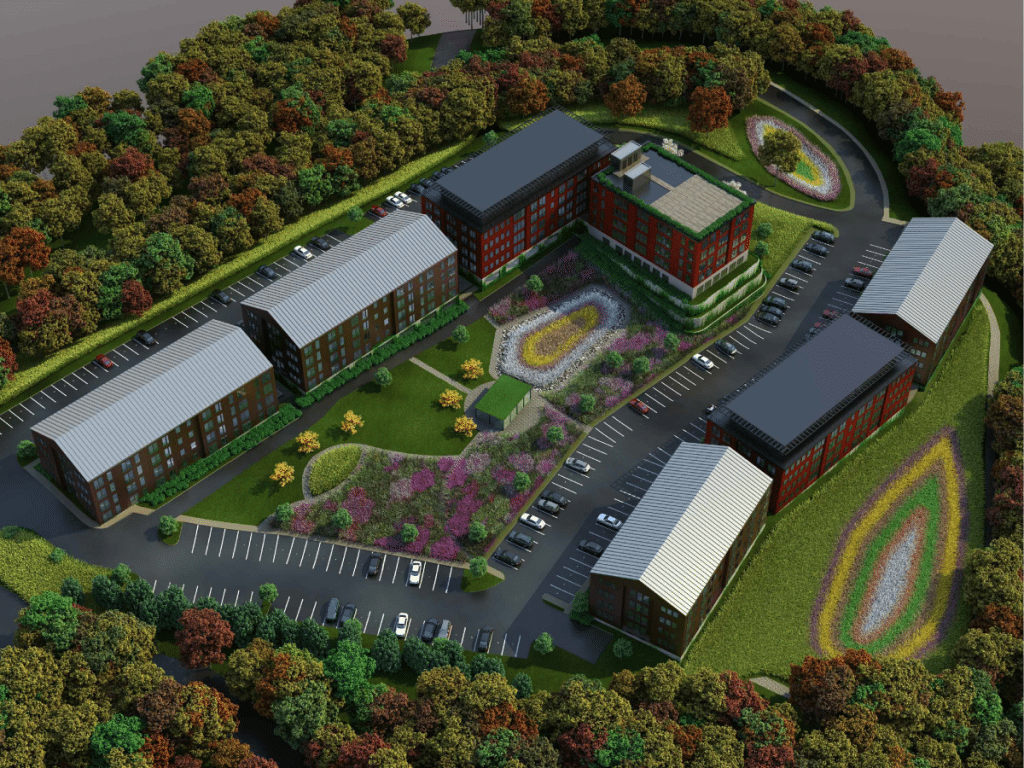 Shared amenities, including co‑working space, would also “encourage the growth of new companies, jobs and technology,” according to the plans.

Two existing buildings at the site would be demolished. The rest of the area, which sits diagonally between the Tompkins Terrace development and the train station, is wooded, and plans call for the creation of an over one-acre park in the middle of the development.

On March 22, architect Aryeh Siegel told the Planning Board that Scenic Beacon is asking for three variances, the most notable of which is an exception to the city’s limit of 36 units per building for the site’s zoning district. Calling the proposed development a “more modern take on a large planning project,” Siegel said that project designs call for as many as 59 units in some buildings to maximize capacity but reduce the construction footprint.

The project is still early in the Planning Board’s review process. The board must next determine if the development meets environmental safety requirements. If it does, the city’s Zoning Board of Appeals could then vote on the variances and the Planning Board could schedule a public hearing on the project. 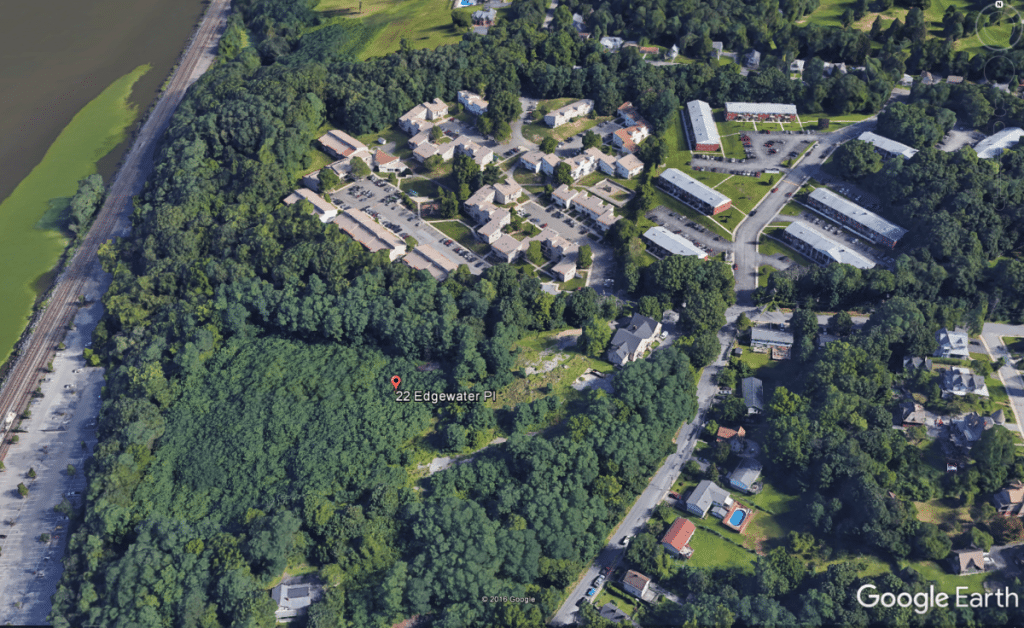 A view of the site at 22 Edgewater Place in Beacon

Feedback was lukewarm at the March 22 meeting. Planning Board member Jill Reynolds noted that she’s not “crazy about the overall approach” of the project, saying it will “look like any suburban apartment development.”

Board Chairman Jay Sheers said he’s concerned about added traffic the development will bring, and suggested that the developer could scale the project back slightly.

In addition to moving toward the environmental review process, the Planning Board voted to hire an engineer to review a traffic study on the project, and to have its architectural review subcommittee review building plans.