Arrested by sheriff’s deputies as he drove away

Dutchess County Sheriff’s deputies arrested a Fishkill man on Feb. 1 after he allegedly showed up to a DWI Victim Impact Panel intoxicated and then drove away when denied entry. 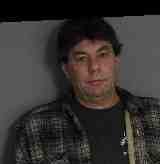 The Victim Impact Panel is a court-ordered program operated by Council on Addiction Prevention and Education of Dutchess County at Fishkill Town Hall. Attendees are ordered to appear after being convicted of impaired driving offenses. The program contains several volunteers whose lives have been impacted by serious or fatal crashes related to impaired driving incidents, according to the Sheriff’s Office.

Police said that David M. Kilmer, 51, was refused entry due to intoxication and was told his blood alcohol level was nearly three times the legal limit. According to the Sheriff’s Office, he claimed he had not driven to the meeting but was seen driving away at about 7 p.m. in a pick-up truck. He was stopped on Millholland Drive.

Kilmer was charged with aggravated DWI, a misdemeanor, and driving with a suspended or revoked license, a felony. He had been ordered to attend the Victim Impact Panel due to an drunk driving conviction on Jan. 18 in the Town of Fishkill.

Kilmer was arraigned in Town of East Fishkill Court and remanded to the Dutchess County Jail in lieu of $2,000 cash bail or $4,000 bond.  He is scheduled to appear in the Town of Fishkill Court on Feb. 7.