A century ago, the first local men died in WWI

One hundred years ago today, Pvt. William B. Wilson became the first soldier from Beacon — and the Highlands — to die in World War I when he was killed in action in Belgium. The Veterans of Foreign Wars post on Main Street in Beacon is named for him. 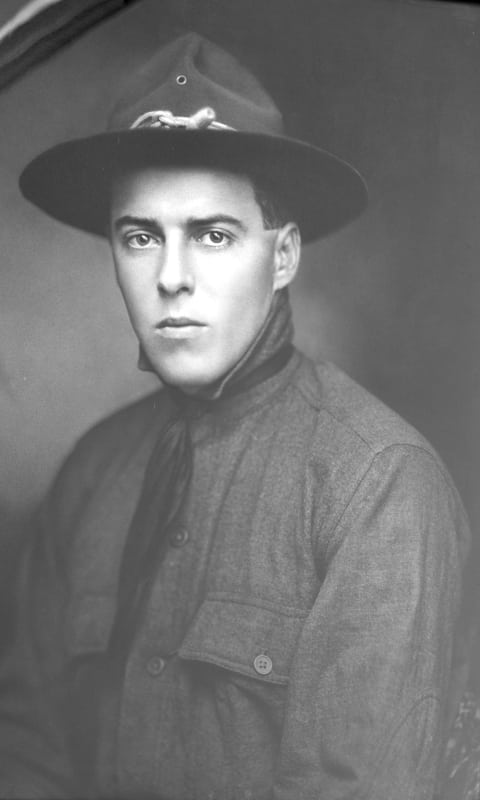 Wilson went off to war with two of his best friends, George Van Pelt of Beacon and Herbert Miller of Newburgh. The three, with about 50 other Beacon boys, joined up in Newburgh’s Company L of the 107 Infantry Regiment.

By late April 1918, the regiment had landed in France. By mid-August, the 107th was seeing its first action as a backup force to the British in the Dickebusch Lake sector of Belgium. The doughboys were in clear view of the Germans, who were entrenched on Mont Kemmel.

The regiment’s historian recalled that on the day Wilson died, Aug. 19, 1918, Company L was under continuous shelling by the Germans. Among those killed was Herb Miller, whose body remained in No-Man’s Land until nightfall.

After darkness fell, Wilson and Cpl. Richard Connery volunteered to retrieve Miller’s body. As they carried the stretcher back to the trenches, they came under fire. Connery was wounded by shrapnel and Wilson was killed by a sniper.

Word of Wilson’s and Miller’s deaths reached Beacon on Sept. 18. They had been the only soldiers from Company L to perish that day. A Mass for Wilson was quickly arranged. The Rev. Michael Aylward, pastor of St. Joachim’s Church, cried as he gave the eulogy. Wilson’s body arrived in the U.S. in April 1921 and was interred at St. Joachim’s. In 1922, the new VFW post was named for him.

After the war, George Van Pelt and his comrades from Company L, including Connery, visited Wilson’s mother at her home at 138 Verplanck Ave., to console her and to remember Billy. 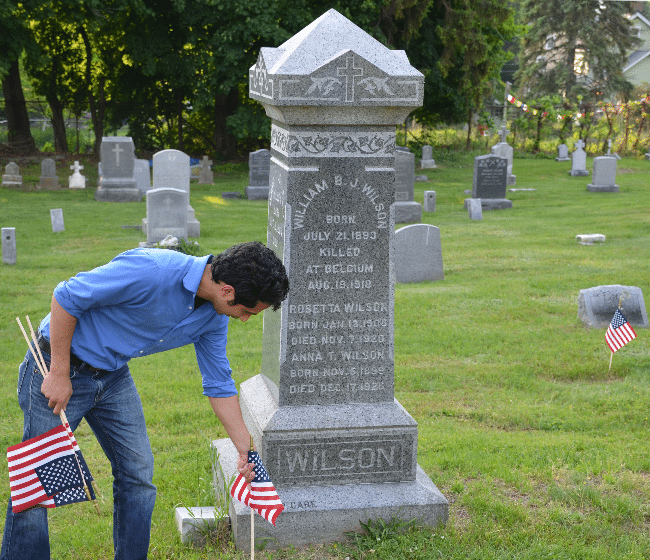 The first soldier who lived in Philipstown to die in World War I was Pvt. Charles Clainos, 28, who was killed in France on Sept. 27, 1918. A native of Greece who worked as a butler for the Joseph Walker Jr. family in Garrison, he is buried in the American Cemetery in Lorraine, according to Roderick Cassidy’s Putnam County Veterans of World War I.

The other five combat deaths of men from Philipstown all occurred on French battlefields during the two weeks that followed.

On the same day that Clainos died, two other local soldiers were mortally wounded. Lt. Charles DeRham Jr., 30, of Philipstown, was injured in the Battle of Argonne Forest while leading his fifth attack against German machine-gun positions. He died on Oct. 9.

Cpl. James Harvey Hustis, 30, of Nelsonville, was wounded on or about Sept. 27 while acting as a scout and died about Nov. 8, according to Cassidy. The VFW Post in Cold Spring is named for him.

On Sept. 28, Sgt. George Casey, 29, of Cold Spring, died after being wounded during shelling of his platoon. He lived long enough to calm his men and direct an evacuation. His body was returned to Cold Spring in 1921, and the American Legion post is named for him. 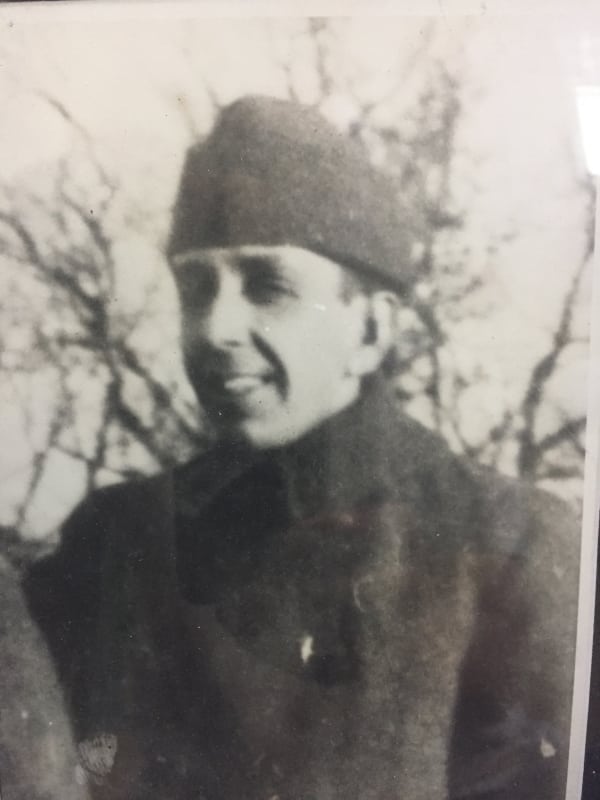 Extracts from two letters by George Casey that appeared in the Oct. 4, 1918, issue of The Cold Spring Recorder. Casey had been killed on Sept. 28 but word had not reached the village.

Just back from the front for a spell and believe me, it is some relief to get freshened up a bit. We were up against the line and it required all the energy one possessed to keep in the game.

Was detailed to stay over 24 hours to show our relief [to] the positions, etc., and arrived in a city almost completely destroyed by shelling at about 1 o’clock in the morning … We had the good fortune of running into an American outfit who were located at a once beautiful chateau on the outskirts …

I spent the most interesting morning I have so far spent in France, in wandering around the ruins of the city. The church, which was one of the most beautiful in all France, is nearly demolished. It would fill anyone with awe to see the paintings, carved wooden panels and statuary, shattered and torn. It seems a horrible crime that such things should have been destroyed …

We are now in “support,” and it is rather quiet at present. We usually go to the “first line,” then in “reserve” and then in support … There is a good deal of difficulty in bringing up food on account of the almost continuous shelling of the roads. It is hard to do any cooking because the smoke indicates location.

We will probably go up the line tonight. The artillery has been doing considerable pounding of late and I understand they are very active all along the line. It must be mighty uncomfortable for “Jerry” these days.

The leather supply in Germany must be very limited because the heels of their shoes are made of wood.

On Sept. 30, Walter Croft, of Garrison, 22, a second machinist mate in the Navy, was one of 214 men lost when a German U-152 submarine torpedoed the USS Ticonderoga.

Finally, Edward J. Burns, 30, a Cold Spring native who also went by Robert, died of battle wounds on Oct. 9. He enlisted while living and working in Two Rivers, Wisconsin, where the American Legion post is named for him.

Robert Murphy has been president of the Beacon Historical Society since 1998. The story of William Wilson was excerpted from his blog at beaconhistorical.org. Chip Rowe contributed reporting on Philipstown’s casualties.

One thought on “The Great War Comes Home”