When Sharr White read a New York Times account in 2009 about the background of Kirsten Gillibrand, who had been appointed to fill Hillary Clinton’s seat in the U.S. Senate, he was transfixed by the description of her grandmother, Dorothea “Polly” Noonan.

The Cold Spring resident, who has had two plays, The Other Place (2011) and The Snow Geese (2013), produced on Broadway, dug deeper and decided to dramatize what he found. His new play, The True, starring Edie Falco, Michael McKean and Peter Scolari, opens Thursday at The Signature Center on 42nd Street and continues through Oct. 28 (see thenewgroup.org/tickets). 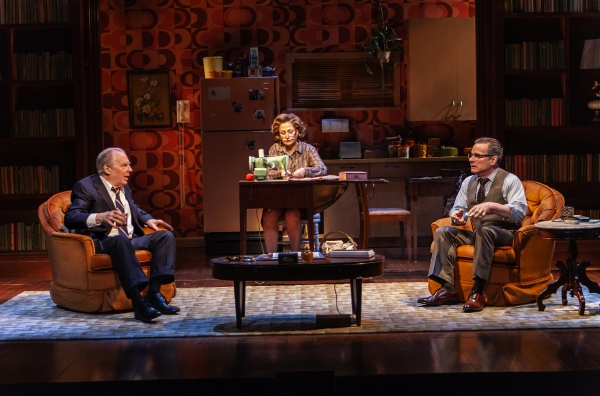 Michael McKean as Erastus Corning, Edie Falco as Polly Noonan and Peter Scolari as her husband in a scene from The True, a play by Cold Spring resident Sharr White (Photo by Monique Carboni)

The Times detailed Polly Noonan’s enormous power in New York state government, which came primarily because of her influence with Daniel O’Connell and Erastus Corning II, who dominated the Democratic machine in Albany from the 1920s to the 1970s.

Noonan was Corning’s secretary when he was a state senator and later became his closest confidante. Mario Cuomo, the future New York governor who clerked at the Court of Appeals in Albany in the late 1950s, when Noonan was vice chair of the Democratic State Committee, was quoted as saying, “Dan O’Connell was the nominal leader. Corning was the de facto leader. Polly was the leader.”

“Although Cuomo may have overstated it, Polly Noonan is mythologized in Albany,” White says. “She controlled access to the New York political machine, although she was never elected to office.”

White notes she had a complicated relationship with Erastus Corning, who became mayor of Albany in 1942 and held the office until his death in 1983. It was rumored they had a long affair, and there was also a close relationship between Corning, Polly, and Polly’s husband, Peter. In his will, Corning left his insurance business to the Noonans, cutting out his own family.

“He’d sleep over at their house, drove their children to school, and, when he died, her children inherited his assets,” White says. “Certain people worry it’s a salacious story. People in the Albany area — what is the term for them? Albanians? — still hold this very close to their heart.” 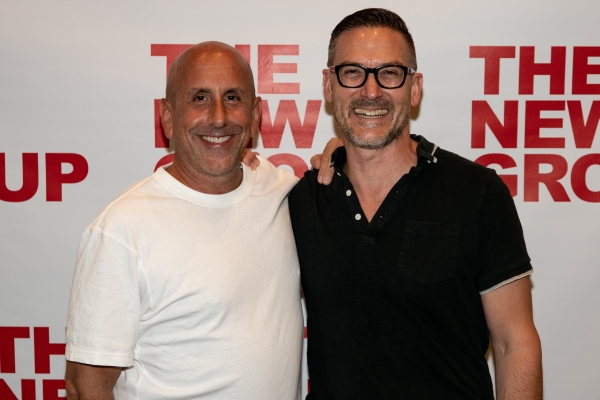 Scott Elliott, director of The True, with Sharr White (Photo by Erik Carter)

White is referring to the surviving Noonan family members and others involved in the events depicted in the play, whom he did not speak with or interview. White told an Albany reporter who brought this up that he was “writing a drama based on creative imagination, not a footnoted work of history,” as many playwrights do when dealing with historical topics.

White says he was challenged by where to focus the story for dramatic effect. “I asked myself: ‘What is the story? Is it Corning’s death, or O’Connell’s? Where’s the biggest itch to scratch?’ It felt like it was in 1977, with the Democratic party factionalized. There was a battle for succession, with Polly running everything behind the scenes.”

Any resemblance to current events is coincidental, he notes. He was writing The True, he says, “when it seemed clear that Hillary Clinton was going to ascend. Getting a play produced can take years, and the fact that this play has suddenly become much more relevant is unintentional.”

Over the course of rehearsals, White says, he has been surprised at “how little script work needed to be done,” although he says he did make cuts here and there, “taking a bit of air out of scenes. A lot of the fine-tuning has been about scene structure.” 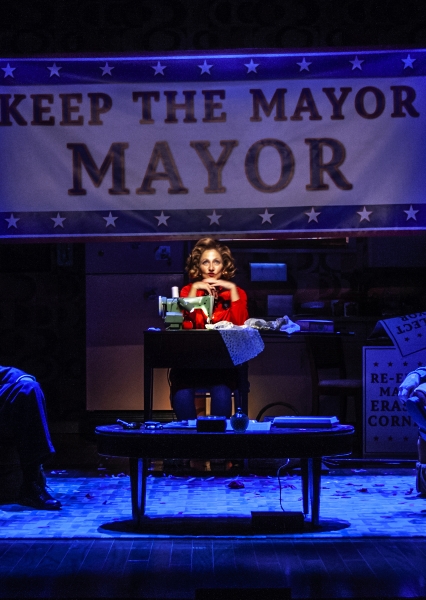 He feels that plays can be “over workshopped,” a process that provides group feedback. “When that happens, I think you probably don’t know what the play was about in the first place,” he says. In his own process, he says he will “finish” a play several times before anyone reads it. “By that time there isn’t a question of what the core of the play is about,” he says. “It’s more about how it can be made more effective.”

For the past few years, White has been writing for both television and the stage. He was a writer and producer on the Showtime series The Affair, some of which was filmed in Cold Spring. He also writes for Sweetbitter, a Starz series based on a bestselling novel set in a three-star restaurant off Union Square, “the way that Union Square Café is,” he notes. “I had about eight years’ experience working in a, um, very similar restaurant.” Six episodes aired last year, and 10 more are being filmed for 2019.

White enjoys both genres. “I’m such a structuralist, and putting together an entire television season is interesting,” he says. “A season will have a three-act arc, divided into 10 or 12 parts. Experience in both realms has helped both realms. I’ve also met so many playwrights, finally, because they’re also working in TV. I didn’t go to an academic playwriting program, so I’ve never had that community before.”

One thought on “Cold Spring Playwright Takes on Albany Machine”