With 75 percent of registered District 1 voters going to the polls on Tuesday (Nov. 6), Nancy Montgomery easily defeated incumbent Barbara Scuccimarra to win the seat on the Putnam County Legislature representing Philipstown and part of Putnam Valley. 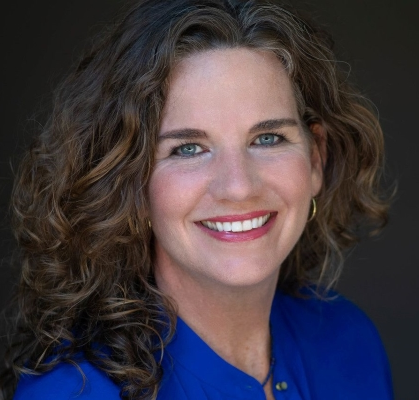 Montgomery, a Democratic member of the Philipstown Town Board, won 58 percent of the vote, compared to 42 percent for Scuccimarra, a Republican who was seeking her third, three-year term.

Montgomery, a Democratic member of the Philipstown Town Board, won 58 percent of the vote, compared to 42 percent for Scuccimarra, a Republican who was seeking her third, three-year term. The results are unofficial until the Putnam County Board of Elections tallies absentee ballots and certifies the results.

Scuccimarra is a former member of the Philipstown Town Board. She lost her position in 2011 to Montgomery and Dave Merandy, now the mayor of Cold Spring, in a four-way race for two seats. The next year, Scuccimarra ran for the county Legislature, defeating Steve Rosario with 54 percent of the vote, and then won re-election against Lithgow Osborne in 2015 with 58 percent.

In the race for county executive, MaryEllen Odell handily defeated challenger Maureen Fleming, a Democrat who is the supervisor in Kent, winning 56 percent of the vote to Fleming’s 43. It will be the second full, four-year term for the Republican incumbent, who will not be eligible to run for a third in 2022 because of term limits. Odell became county executive in 2011 in a special election after Vincent Leibell was convicted of tax evasion. She was then elected to a full term in 2014 with 60 percent of the vote.

According to the Putnam County Historian, of the other seven districts, four have elected one Democrat since 1980 and three have had only Republicans.

During the 2018 campaign, Fleming charged Odell with fiscal mismanagement, calling the senior center being built at the Butterfield re-development site in Cold Spring a “boondoggle” aimed to enrich its developer, who supported Odell. The incumbent responded that other senior centers in the county had cost far more. The candidates also sparred over the definition of a tax hike and whether reducing interest payments amounts to reducing debt.

In the end, Odell raised more than three times what Fleming did for the campaign, $120,000 versus $36,000. More than half of Odell’s contributions came from corporations or unions, many of whom do business with the county, a fact Fleming questioned.

Michael Bartolotti, a Republican, ran unopposed for his second term as county clerk and Michael Nesheiwat and John Bourges were re-elected as county coroners.

In Cold Spring, Lynn Miller and Steve Voloto were re-elected after running unopposed for the Village Board.