The Mystery of Nancy Drew can’t be found on the shelves of the Howland Library. A bit of sleuthing reveals the reason: it’s not a book. Nor is a podcast or audiobook or any other contemporary version of the series. Rather, as the plucky Nancy herself would surely have unearthed in the course of her detective work, it’s an exhibit of works by women artists asked to create something inspired by the series.

The fifth annual exhibit by members of the artist collective CoMFY (an acronym for Creative, Mamas, Friends and Yahoos) — curated by Michelle Rivas, the Howland’s community art coordinator, and Jan Dolan, a library trustee and CoMFY member — opens with a reception from 5 to 7 p.m. on Second Saturday, March 9, and runs through April 6. 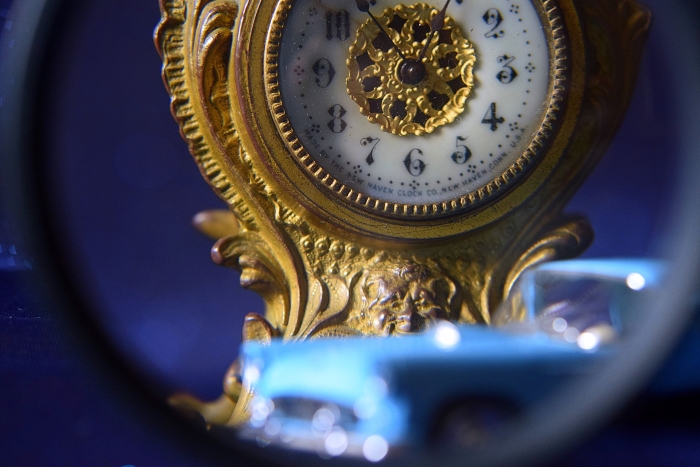 Philomena Kiernan: “For me, it was Nancy Drew books that started my love of reading, something I’ll never forget. The idea of showing that indelible memory is what I hope my piece conveys.”

The artists were given free rein to come up with something inspired by the series — those yellow-spined (earlier, blue) books occupying a hallowed place in many a young girl’s bedroom since 1930, when they first appeared. Says Rivas: “The inspiration could come from a particular story, one of the book titles, a line from one of the books, the book covers or illustrations, the theme of a mystery or finding clues, the idea of Nancy, the strong, smart woman who solves mysteries, or even the sculptural quality of the vintage books themselves.”

Although the books were credited for decades to Carolyn Keene, the series had multiple authors, including, briefly, its creator, Edward Stratemeyer, who died soon after the first volume was published. Stratemeyer, who owned a literary syndicate, also created the Hardy Boys. After his death, the business was taken over by his daughters, Edna and Harriet. It is believed that Harriet and an employee, Mildred Wirt, were responsible for writing most of the volumes through the end of the 1950s, when the series was revamped to reflect a more contemporary point of view, eliminating some by-then offensive stereotypes. 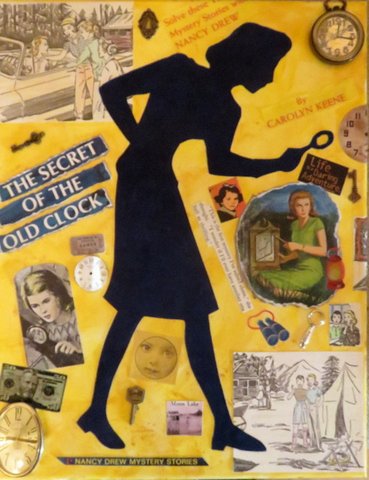 Jan Dolan: “As someone who had not experienced Nancy Drew, I was very interested in the history and the iconography. At first it irritated me that the original stories were not all written by a female. However, I found the trend of this independent young woman’s stories would encourage her young readers to think for themselves and be brave. My work was inspired by the wonderful illustrations on the book covers.”

The books were further updated in 2004. Ginny Figlia, the children’s librarian at the Howland, says they are checked out regularly, although their popularity sometimes jumps if a teacher shares the books with students or mentions that the books were a favorite when she was growing up. The series likely will become more popular with the release next month of a feature film, Nancy Drew and the Hidden Staircase.

CoMFY began seven years ago as a grass-roots endeavor to allow women artists to connect. It began staging shows at the library and then, about three years ago, Rivas suggested they have a theme. 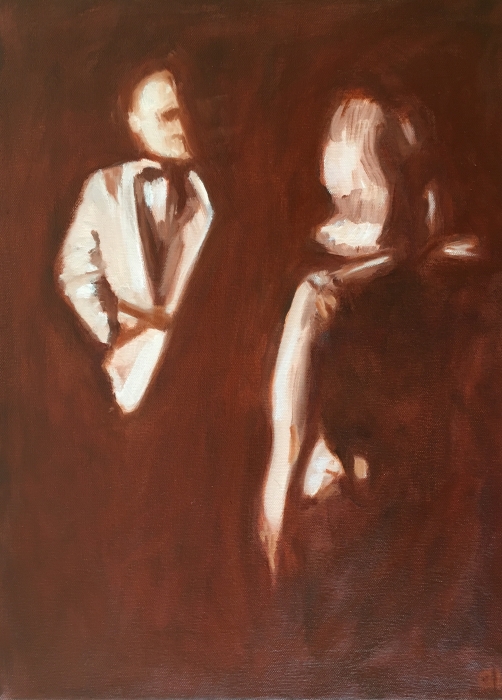 Anna West: “I loved Nancy Drew when I was a child but when I tried to reread, they didn’t hold my interest. In my research I discovered many TV shows that star strong women and I fell in love with woman detectives and apparently so has the world. From Detective Cawood in Happy Valley (UK) to Chief of Police Frédérique Lesage (France) in Color of Lies, they have been there for me to find. It’s Nancy Drew for grownups.”

“We loved the idea of taking an existing piece of art and jumping off from it,” says Jennifer Sarah Blakeslee, one of the group’s co-founders. “When Michelle put Nancy Drew forward as this year’s theme, there was a huge, positive, response — we all flipped out, because there are so many ways to look at her.”

In December, CoMFY artists gathered at Blakeslee’s home to get the ball rolling. She had obtained 20 vintage Nancy Drew books for members to borrow. “Some of the books have scribbles in them, from the girls who read them,” says Blakeslee. “I’m a photographer and I’ve used the scribbles to tell a story. They represent a period of time in a girl’s life; it’s part of the magic.”

One thought on “Looking for Clues in Nancy Drew”