The Putnam County Legislature voted 7-1 on Tuesday (July 2) to adopt a law that allows legislators, county officials and even consultants to classify documents as “confidential” to prevent their disclosure.

Legislator Nancy Montgomery (D-Philipstown) cast the sole “no” vote on the measure, which amends a section of the county ethics code and makes anyone who intentionally breaches confidentiality subject to an ethics inquiry and possible prosecution. Montgomery argued the proposal should have been discussed further before a vote.

The law now goes to County Executive MaryEllen Odell, who must conduct a public hearing before signing or vetoing it.

Before the vote, Montgomery proposed that the resolution be sent back to the Rules Committee. “Where did it come from?” she said. “Who initiated it? It was a surprise” when it appeared on the agenda for the June 20 committee meeting.

“I’m surprised you’re surprised,” responded Legislator Neal Sullivan (R-Carmel), who chairs the committee. “We all knew about it. There had been problems for years with people disclosing information that should not be disclosed.” He noted that the topic had been on the Rules Committee agenda in April but was postponed. (In the minutes from that meeting, the item is titled “Discussion / Confidentiality of Attorney-Client Communications.”)

Montgomery replied that talking about “confidentiality” and unveiling a specific law are separate actions and noted citizens’ concerns about the latter.

If Odell signs the measure, allowing it to take effect, it will authorize “any county officer or employee, outside legal counsel or consultants” to make a document confidential. In addition, communications by, to, or from the county Law Department, the Legislature’s attorney, or outside legal counsel or consultants “shall be presumed to be confidential material even if not explicitly designated ‘confidential.’ ” (The Legislature could vote to release documents, but only if every member present agreed. Unanimous votes are not usually required for legislative approvals.)

In addition, documents marked “confidential” could only be shared with local, state and federal agencies with the approval of the county attorney. 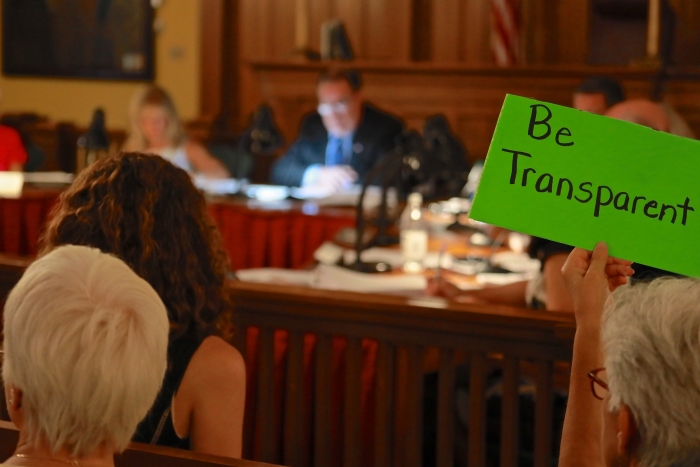 While records deemed secret can be obtained through the state Freedom of Information Law, the resolution states that anything marked “confidential” is “typically exempt from disclosure.”

After being sent a copy of the proposed law by The Current on June 21, Robert Freeman, then-executive director of the state’s Open Government Committee, which issues advisory rulings on the state FOIL and the Open Meetings Act, called it “ridiculous.”

More recently, Kristin O’Neill, the assistant director of the committee, said her office had “significant concerns with any local law that gives employees and officials the authority to determine whether a record is confidential. A record is only ‘confidential’ when a state or federal statute makes it so.

“While an agency has the ability to withhold records or portions thereof under limited circumstances, that does not make the records ‘confidential,’ ” she noted. “The language of this proposal may lead to confusion about what should be public and what can be withheld and may also lead to improper denials of access” by the public records officer in response to FOIL requests.

The Putnam legislators who support the law say it is essential for preventing disclosure of such items as medical records, law enforcement information that could endanger an officer’s life or expose investigative tools (such as an undercover car), credit histories, Social Security numbers, staff email addresses that might be exploited commercially, pistol license applications and tax records.

The FOIL protects from disclosure sensitive law enforcement information, data whose release would “constitute an unwarranted invasion of personal privacy,” trade secrets, anything that could interfere with judicial proceedings, details of union negotiations or imminent contract awards, and similar material.

“This is not about secrecy,” said Legislator Paul Jonke (R-Southeast) before the vote. “Information available via the Freedom of Information Law is and will always be available to the public. This is not changing.”

“There’s nothing secretive about this,” agreed Legislator Ginny Nacerino (R-Patterson). “This does not change anything.” 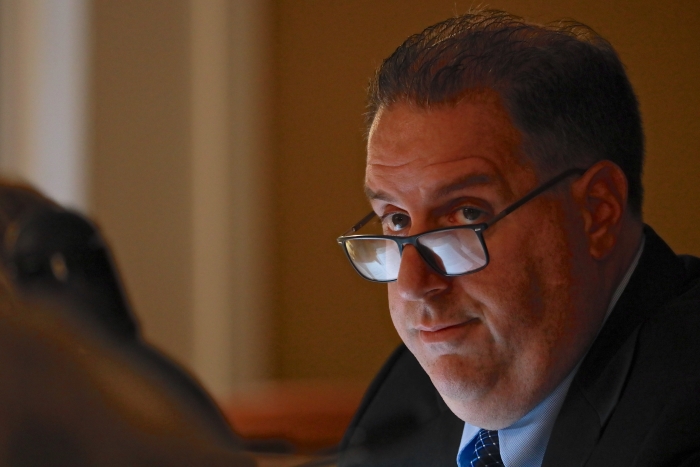 According to legislative Chairman Joseph Castellano (R-Brewster), the law “clarified exactly how to handle confidential material. Certainly, members of the public can FOIL anything they like.”

In response to an earlier question from The Current about how a county employee or legislator would determine what material should be marked confidential, Castellano had said they would rely on “law, rule, policy, procedure” or “the exercise of sound judgment.”

The resolution appears to conflict with years-old legal rulings that prohibit local entities in New York from passing laws that make entire swaths of documents secret by default, Freeman said. He cited an opinion he wrote 14 years ago after Monroe County officials requested guidance on which materials they could keep confidential. Freeman wrote, citing decisions by the state’s highest court, the Court of Appeals, that “a local enactment, such as a county code, local law, charter or ordinance … cannot confer, require or promise confidentiality” and so, if passed, would be “all but meaningless.”

The Freedom of Information Law, which journalists and residents rely on to understand decisions by public officials and how taxpayer money is spent, presumes every government document is public unless a legislature or agency can provide what the Court of Appeals has called “particularized and specific justification” to keep it secret using the exceptions outlined in the FOIL. 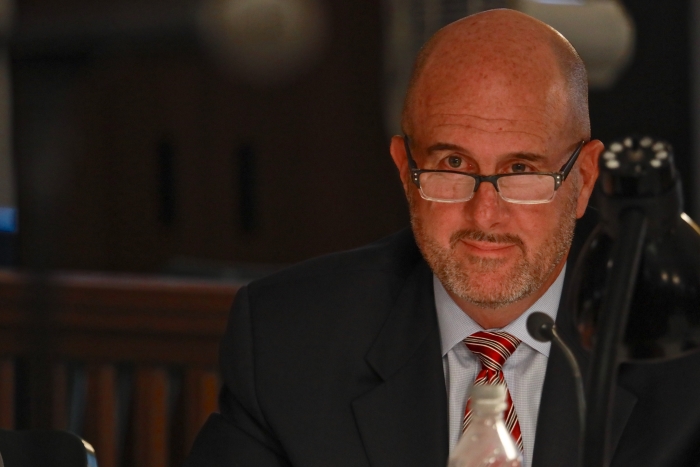 Legislator Neal Sullivan, who chairs the Rules Committee, at the July 2 meeting (Photo by Ross Corsair)

Several county residents spoke against the proposed law at the July 2 meeting.

Julia Famularo of Philipstown expressed worries that the law “may have a chilling effect on whistleblowers.” Heidi Wendel, a Nelsonville resident who is the former chief of the civil frauds division of the U.S. Attorney’s Office for the Southern District of New York, suggested in a letter to The Current that the law may, in fact, conflict with whistleblower protection laws.

Conner Brennan, of Cold Spring, said that with the law’s provisions, “you are inviting tyranny into Putnam County. This is not what democracy looks like.”

“What are you afraid of?” asked Kathleen Foley, another Cold Spring resident. She said the proposed law “is arbitrary, capricious and unlawful and, dollars to doughnuts, will not stand” if challenged. The law’s proponents seem unaware that the FOIL already exempts sensitive material from disclosure, she said, and have “shown ignorance of those laws in a most spectacular way.”

Rebecca Swan, a Carmel resident and Democratic candidate for the Legislature, termed the vote “shameful. If there’s no change,” as legislators maintain, “why amend your ethics code? There is no reason for this other than to hide waste, mismanagement and possible corruption.”

Reinvent Albany, a nonprofit that advocates “open, accountable New York government,” predicted on Twitter that the county would lose any court challenge to the law and noted that, under the FOIL, “attorney fees will be awarded to whomever sues. Putnam will waste Putnam taxpayer money and court time for what? This is foolishness by Putnam.”

Montgomery thanked those who either wrote the Legislature or came to Tuesday’s meeting to share their views. “It’s your comments that keep us practicing good public government,” she said.