The Fishkill Correctional Facility in Beacon tops the state’s prisons in the number of confirmed COVID-19 cases among inmates, leading to calls for early releases and greater protections to prevent a major outbreak.

The state Department of Correction and Community Supervision reported 61 cases of the coronavirus among inmates at the facility as of Wednesday (April 22), or about 4 percent of its 1,500 prisoners. One inmate died this week. Nineteen have recovered.

Seven state inmates and four parolees have died, according to the state, including four prisoners at Sing Sing. The other inmate deaths were at Otisville, in Orange County, and Queensboro Correctional Facility in Long Island City. 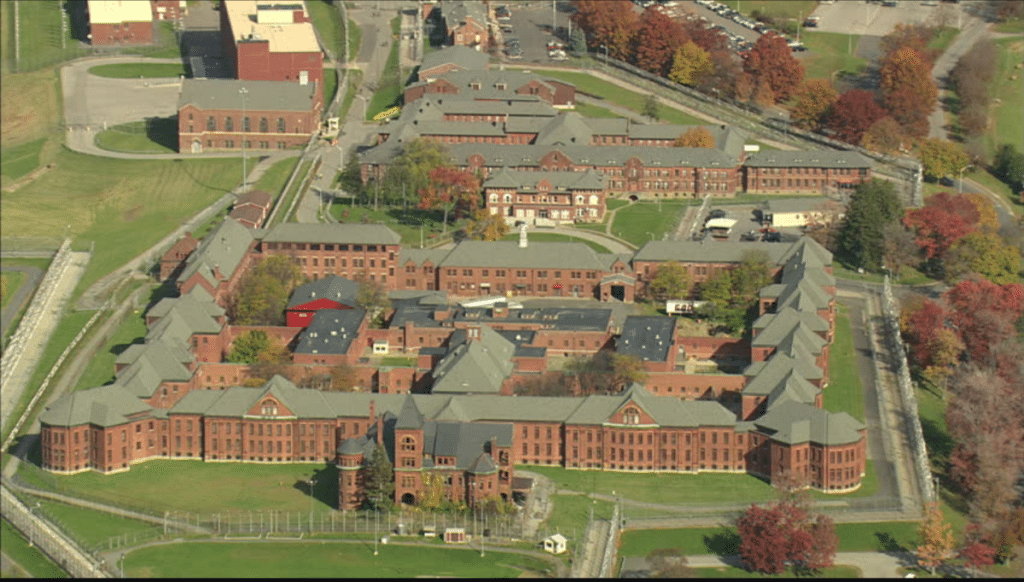 At Rikers Island, which is run by New York City, there were 369 confirmed cases as of April 22, or about 9.4 percent of the inmate population.

Hundreds of guards and other prison staff members have also contracted the virus — 894 statewide as of April 22, according to the Department of Corrections, which does not provide a breakdown of where staff members who have tested positive are located. Two have died.

The cemetery at Fishkill Correctional was used last week to bury inmates from Sing Sing and Otisville whose bodies were not claimed by relatives. Beacon Prison Action, an advocacy group, shared photos of graves being dug on Wednesday (April 15) at the Fishkill facility, saying in a statement that “our fear that COVID-19 would turn New York state prisons into death traps evidently became a reality.” 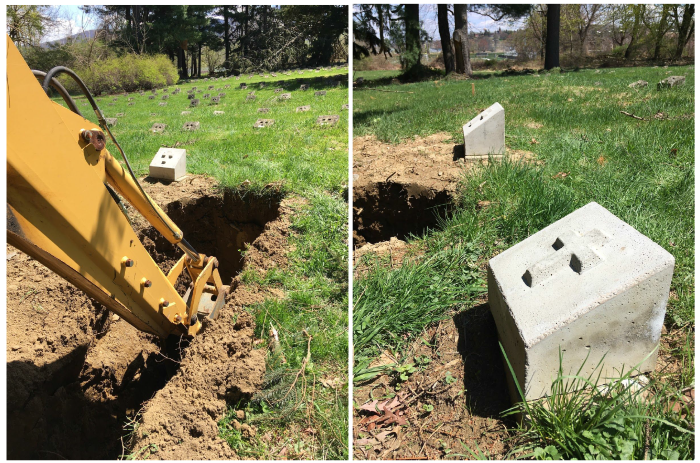 Graves were dug at the Fishkill Correctional Facility on April 15 for two inmates who died of complications of COVID-19 at other prisons and whose remains were not claimed. (Beacon Prison Action)

It joined with another group, Release Aging People in Prison, to call for expedited clemency and medical furloughs for older inmates. State facilities hold more than 10,000 inmates who are over 50 years old, according to the Correctional Association of New York, which monitors prisons.

No inmates at the Dutchess and Putnam county jails have been confirmed to have COVID-19, although five guards at Dutchess and one at Putnam have tested positive, officials said.

Three of the Dutchess guards have been cleared to return to work and the other two remain under quarantine. The Putnam guard has recovered.

“The only way that prisons can be safe is if both correctional officers and inmates have masks and social distancing is practiced by all,” said Jacobson. “We can’t have prisoners infecting correction officers or vice versa.”

Earlier, in an April 7 news release, Jacobson said that “reports have reached my office that potentially infected correctional officers are being ordered back to work after just three days without a fever,” and that he had “heard reports that inmates at Fishkill Correctional do not have access to hand sanitizer and that Green Haven Correctional is continuing its regular communal mealtimes.” 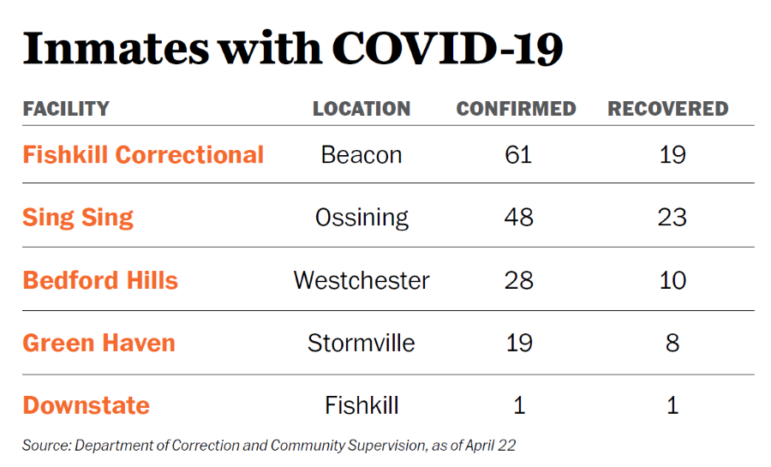 In response, the Department of Corrections and Community Supervision, which manages the state’s prisons, said essential staff who have COVID-19 are isolated for at least seven days after the onset of symptoms, per state Health Department guidelines.

It also requires “those with exposures, suspected exposures and confirmed cases, upon their return to work, to wear a face mask while working for 14 days following the last exposure.” The agency said it provides face masks to those working with prisoners exposed to COVID-19 and, as of April 9, allows other employees to wear their own. Inmates subject to quarantine are given “surgical-type” masks, but the rest are issued handkerchiefs to use as face coverings. The agency also said it provides hand sanitizer to all its facilities.

The state also announced on March 27 that it would release low-level parole violators from local jails who can show they have a place to go. At the time, the prisons agency estimated that as many as 1,100 inmates could be freed.

“We actually have not seen the kind of outbreaks that we feared that we would see,” Melissa DeRosa, the secretary to the governor, said during his briefing on Thursday (April 23).

Releases have also taken place in the federal prison system, where 566 inmates and 342 staff members had tested positive as of Wednesday (April 22), and 24 inmates had died. Since March 26, the federal Bureau of Prisons has released 1,362 inmates to home detention.

In New York, advocates and defense lawyers are demanding more.

Last month the Correctional Association of New York issued a number of recommendations, including commuting the sentences of about 13,000 inmates who would be eligible for release within two years and another 1,300 who are over the age of 50 and have spent more than 10 years in prison. The association also recommended that each inmate be issued a mask.

On April 16, the Legal Aid Society filed a lawsuit against the state demanding the immediate release of nine inmates at three Westchester facilities, Bedford Hills, Sing Sing and the Taconic Correctional Facility, who are either elderly or have an underlying medical condition that makes them especially vulnerable to COVID-19.

On April 4, the New York Civil Liberties Union and the Legal Aid Society sued Gov. Andrew Cuomo and the state prisons on behalf of dozens of people jailed for more than the legal limit of 90 days at Rikers while awaiting hearings for alleged parole violations. Two days later, the NYCLU said one of the inmates had died.