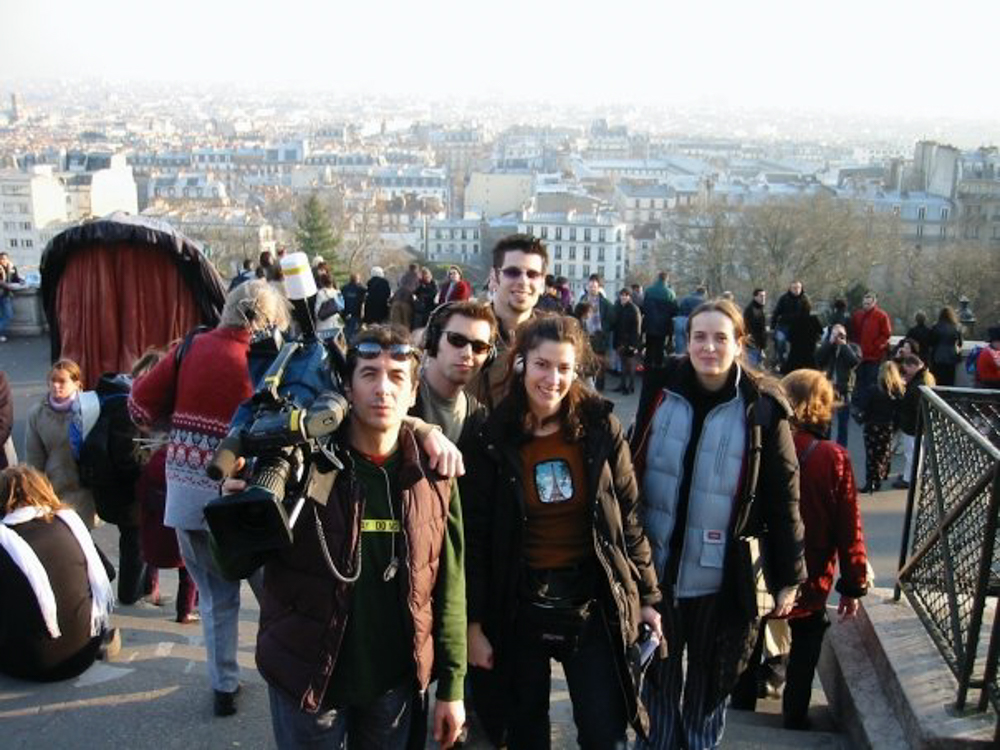 Weiland (center) with crew members in front of the Sacre-Coeur Basilica in Paris during the filming of "The Real World: Paris"

Cecile Bouchardeau Weiland, who lives in Garrison, is a television producer.

You work mostly on shows about true crime or the paranormal. How did that come about?

After studying broadcast journalism at Northwestern University, I become an on-air reporter but I realized I was bad at it. I had produced a documentary at school about a gentrifying neighborhood in Chicago, so I found a job in Washington, D.C., as a field producer at a company that made television documentaries. I love telling stories and interviewing people, plus traveling and adventure, and it combined all of that.

What is the process?

Field producers do the research and find the people to interview. Then they film the interviews and gather “atmospherics.” In post-production, you put it all together. As an executive producer, I oversee all that for a number of projects. My big show right now is on the Travel Channel, which — despite the name — is all paranormal, which means a lot of ghosts, UFOs and creatures like Bigfoot.

Are you a believer?

I believe more now, because some of the clips viewers send in I can’t explain. I’m now a big believer in UFOs. I’ve worked on ghost shows for so long, but I’ve never had any experience personally. I do maintain a certain amount of skepticism, but I believe the people telling the story believe it and my job is to tell the person’s story.

Have you done any reality shows?

I directed The Real World: Paris for MTV. I followed the seven cast members for five months all over the city and on a train trip across France and Italy. They were strangers between the ages of 18 and 26, mixed genders. The story usually happened after they started drinking or partying. There was a lot of hooking up, tension, figuring out who is going to argue with whom. 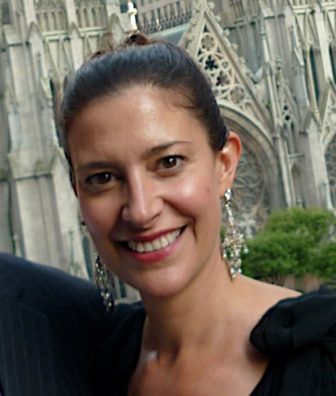 Did you have to nudge them along?

As director, you weren’t supposed to interfere, unless there was imminent danger, so there was a bit of, “Hmmm, do I break up this fight?” When the cast members signed contracts with the production company, it pretty much said, “You have to give us a story.” When one person turned out to be camera-shy, the production company had to tell her that she was violating the contract. Filming was chaotic. There was a tremendous amount of equipment, and I was in the streets of Rome, tethered to the crew, constantly walking backward.

You also did a series on hoarders?

That was Hoarding: Buried Alive. You never knew what you were walking into once the front door opened. It was often floor-to-ceiling, with little pathways.

The difficult part was that you’re shooting for only a few days but need resolution. We had a psychiatrist and a professional organizer but it takes a tremendous amount of time for hoarders to sort out their issues. Usually there was an enabler who allowed it to happen. In one case there were two sisters. The enabling sister would pay the rent and tell her sister about sales. The enabler wants to connect with the hoarder, but they’re not helping, of course. Each person had some kind of trauma from childhood. It could have been a fire, or their parents cleaned out their room without permission, or they had too many siblings. If they could tap into the reason why, there was hope. It was heartbreaking, and disturbing.

What’s the oddest thing that’s happened on a true-crime shoot?

I was working on Dead North, a documentary series about Laura Frizzo, a police chief who captured a female serial killer in Michigan. We were filming in the woods where the killer had buried a bag of remains. The chief was reenacting how she dug up the bag. The camera operator said, “Let’s move back a bit,” so we did. As we looked down, we saw a lower jaw. The chief had found the skull of the victim not far from where we were, so this was another piece. Although it sounds frightening, it was more of a spiritual experience.

Filming true crime can be intense. You’re interviewing killers or the victim’s family. Plus, you’re capturing images of where the crime took place. You’re filming outside, from public property, so you can do it without permission, but you don’t know if someone’s home. And sometimes the people living in the house don’t know that a murder took place there.

I filmed a kung-fu documentary in China and caught typhus; I interviewed the king of Norway at the 1994 Lillehammer Winter Olympics … I’m sure I can think of more for another time!