Developer hits back with stack of arguments

Opponents of a proposed mall-and-hotel complex with a Revolutionary War theme for Route 9 in Fishkill won an interim battle in state court last week, but the developer hit back on Monday (July 20).

On July 13, Justice Maria Rosa, a state judge based in Dutchess County, rejected a request from the developer and the Fishkill Planning Board to declare that the nonprofit Friends of the Fishkill Supply Depot (FOFSD) and neighbors lacked legal standing to challenge the project, known as Continental Commons.

In a related matter last week, another state judge dismissed a lawsuit filed in 2017 by the developer, Domenico Broccoli, against two Friends of Fishkill Supply Depot supporters, Martin Byster and Bill Sandy. Broccoli had accused the two men of planting human bones on the parcel to interfere with his “ability to use the property for development.”

Located at Route 9 just south of Interstate 84, the Continental Commons property contains 10.5 acres of what was once the vast Fishkill Supply Depot, which sheltered and equipped the Continental Army and stretched to the edge of Philipstown.

Broccoli wants to construct an inn, shops, restaurants and visitor center “to create an interactive and immersive historical experience,” according to a court filing on Monday by Stephen Riccardulli, one of his attorneys.

A rendering shows the north end of the proposed Continental Commons development, with the hotel at left, a visitors’ center at center and the existing gas station at right.

Broccoli has promised to protect a cemetery on the parcel that the Friends believe contains the graves of patriots.

FOFSD and neighbors contend that the Fishkill Planning Board erred in 2019 when it approved Broccoli’s site plan after twice determining it would have no significant impact on the environment or historical resources.

In her five-page ruling issued on July 13, Rosa said the plaintiffs had standing to sue in part because of their fears that Continental Commons could contaminate the Fishkill aquifer, a primary groundwater source; harm their wells; damage a stream; and threaten wildlife and a valuable historical site.

Likewise, she ruled, the FOFSD has standing because it advocates historical preservation and has conducted research on the Supply Depot, held public events, and encouraged awareness of the site’s Revolutionary War role. Its members also have participated in archaeological work there, she noted. 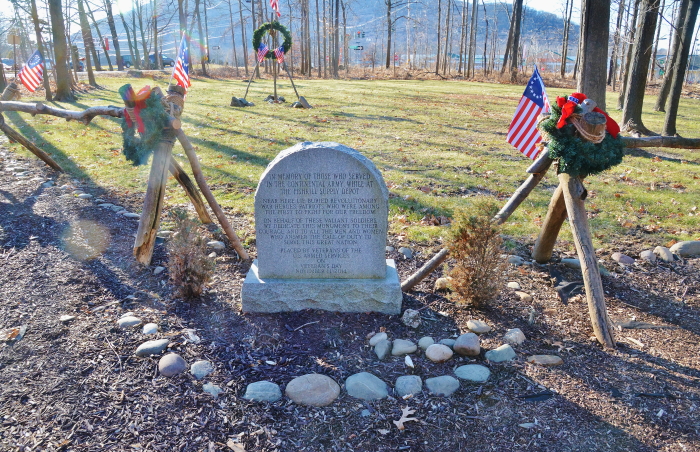 The developer said he would preserve a memorial site on the property created by the FOFSD.

The response filed for the developer by Riccardulli last week argued that the “hysterical society” remark had been taken out of context and that “the plain language of the statement goes to the chair’s desire to ensure the Planning Board’s process was run fairly and not unduly influenced by anyone, including members of the FOFSD.

“In the end,” Riccardulli added, “it’s clear that [FOFSD and neighbors] are just unhappy with the Planning Board’s reasoned determination” to approve the plans.