Has the forced isolation of the shutdown led to more divorces? One national survey suggests that it has brought more couples closer together. It found that 58 percent of the married respondents between 18 to 55 said the pandemic had made them appreciate their spouses more, and 51 percent said their commitment had deepened.

Closer to home, since March, the number of divorces filed in Dutchess County has fallen 21 percent over the same period last year, and 34 percent in Putnam, although much of the drop can be attributed to courts being closed early in the shutdown.

To get an assessment of the situation on the ground, we asked Lisa Zeiderman, a Garrison resident who has been a divorce attorney for 15 years, for her impressions about what is happening now and what she expects over the winter months. 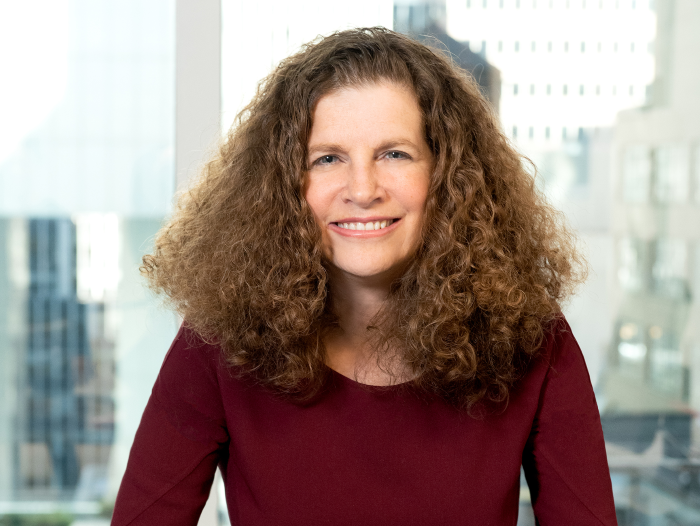 Are you seeing more people seeking divorces?
Our firm has seen a huge increase in clients. It has been nonstop since April, and we’ve had to hire more attorneys. Many couples can’t sustain living together, especially when there are no distractions or any ability to get relief. You can’t go to work or work late or even continue your affair because you risk bringing COVID into the house because you don’t know what that other person is doing.

Some clients say, “This was a long time coming,” while others say, “We thought about it but weren’t there yet.” Or there now may be domestic violence or verbal abuse or domestic violence that has become more intense.* In the past, people often came for a consultation and when they left, they would say, “We’re going to think about it.” People are more certain now, quicker to pull the trigger.

At the same time, I do think other couples love it. They’re seeing their spouse so much more. Their schedule has changed. They’re not running all over. It’s true for me. Usually I would be in Westchester and Manhattan all day. My husband and I might have dinner at 8:15 p.m. and then I’d leave in the morning at 7:30 a.m. Now we get to see each other much more. And for us, it’s great.

*If you are experiencing domestic violence or abuse, call the Domestic Violence Hotline at 800-942-6906 for help.

When the pandemic began, you were probably handling clients who had already started the process.
That’s correct. In March, after everything started to close, we were dealing with visitation issues. People would go to Pennsylvania or Virginia or the Hamptons, and they wouldn’t want to bring the child back because they felt it was unsafe, or so they said. So we had that for many weeks. Then, in April, we started to have consultations with people calling from their cars or hidden away in a spare bedroom because they had no privacy. From there we started to see an increase in divorces, for sure.

It was that quick — one month in?
Most people were thinking in April, May and June that if we had a second wave, their situation was going to become untenable.

I imagine this is unlike anything divorce attorneys have seen, not just the volume, but people being forced into a decision.
I wouldn’t say forced. It’s a choice. I think in many cases it would have happened at some point; it just happened sooner. It’s a much easier process for clients who don’t have children and, say, they live in a one-bedroom apartment. One person moves out and there are, what, 16,000 empty apartments in Manhattan right now? If you don’t have children, it’s only going to be a question of finances.

The state introduced electronic filing for divorces in New York City, Long Island and the Hudson Valley as of May 25. Has that helped, in that people don’t have to go to court?
It makes it easier. We’re also doing conferences and trials now by Skype. I am involved with a few in-person trials, but for the most part we have moved to virtual. We are doing depositions via Skype so that people’s cases and their lives can move along.

What will happen over the winter, when couples are truly stuck inside?
I think we’re going to have another surge of divorces. Look, today was a great day. Everybody was able to take a walk and it was beautiful. But when the weather goes, one day will bleed into another. On top of that, you have the pressures of virtual learning for children. How does a judge decide when one parent wants remote learning and one wants in-person? I have that issue in so many cases. 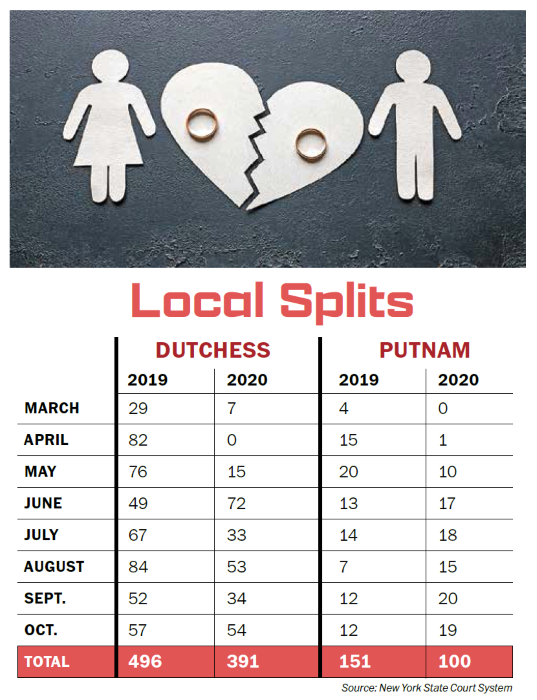 Have you had couples who argue about masks?
Yes; they disagree about whether the children should be wearing masks or whether a parent who is coming to visit should wear a mask. Believe me, there are so many things to argue about in a day.

I suppose these arguments began long ago.
I think that’s right. This is just new material. They probably were not on the same page about most things to begin with.