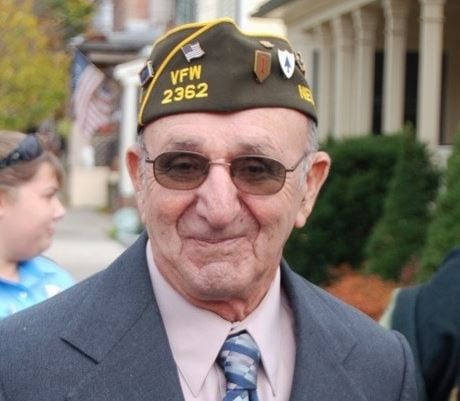 Joe Etta on the day he received the French Liberty Medal in 2009. (Photo by Ande Merante)

Etta was born in Cold Spring on April 22, 1918, the son of Giuseppe and Francesca (Botta) Etta. He graduated from Haldane High School in 1938 and enlisted in 1941 in the U.S. Army. In 35 months of service during World War II, he participated in three major Allied invasions — in North Africa in 1942, Sicily in 1943 and Normandy in the D-Day invasion of June 1944 — and rose from private first class to sergeant.

A carpenter by trade, Etta helped build the hall on Kemble Avenue for the Veterans of Foreign Wars, where he was a member. Growing up in the 1930s, he had played on the dirt fields nearby. He also served as the village building inspector and was a longtime member of the Cold Spring Fire Co.

Etta was one of the Parsonage Street 21 — men who lived on Parsonage who served during World War II. In 2017, he recalled a boyhood on Parsonage filled with fun: block parties, baseball, boxing, shooting pool. But the war took its toll. “We grew up fast and missed a lot at home; people got hurt,” Etta said, including Guy Nastasi, who was killed in action. Of the 21 men, only Patrick Bocchino, 97, now survives.

When he returned to Cold Spring in June 1945, Etta had participated in campaigns in Algeria, French Morocco, Tunisia, Sicily, Normandy, Northern France, Central Europe, the Rhineland and Ardennes, according to a news report from that time. He was greeted at Grand Central Station by his brother, Staff Sgt. Anthony Etta, who had arrived home seven days earlier after being liberated from a German prison camp.

“Joe was a hero to us as kids when he was in the service,” said Terry Lahey, a Cold Spring resident and Korean War veteran, on Tuesday. “When he came back from the war, I remember him standing in front of his house in uniform. All of Parsonage Street came out to greet him; it was unbelievable.”

Ed Murphy, who served in the U.S. Army and was commander of the local VFW, said “there are not many people who went through what Joe did; his service was honorable. When Joe returned to the U.S., the 1st Infantry Division presented him with a book chronicling his participation in World War II.”

More than 16 million Americans served in World War II, and 291,557 died in combat. According to estimates by the U.S. Department of Veterans Affairs, about 326,000 veterans from the war were alive as of Sept. 30, including about 20,000 in New York state. The VA estimates that the last World War II vet in New York state will die by 2040, and the last in the country by 2043. The longest-surviving World War I veteran, Frank Buckles, died in 2011 at age 110.

Cold Spring Mayor Dave Merandy, who in 2018, on the occasion of Etta’s 100th birthday, proclaimed April 22 as Joseph C. Etta Day, called his death “another gut shot delivered by 2020. I’ve known Joe almost my entire life and can’t express the sadness I felt when I learned of his death.

“There is no one I held in greater esteem,” Merandy said. “He was iconic. He was the feeling of pride you have when thinking of the true America. He represented the selflessness and sacrifice of a nation. From firing salutes to fallen soldiers at the St. Mary’s monument on Memorial Day probably 60 years ago, to his drive-by birthday parade this year, Joe was a true-to-life Norman Rockwell painting. He will be greatly missed.”

While being honored in 2013 for his military service, Etta said, “I had never been out of Cold Spring in my life and then I went around the world.”

Etta recalled spending 34 days on the Mediterranean Sea waiting for President Franklin D. Roosevelt to give the go-ahead for the 1942 landing. Rather than participating in the intense fighting, Etta said, “I was in the picking-up and everything else. I wasn’t a hero or anything.” He said his memories of the invasions remained vivid, especially from North Africa. “A lot of my friends died there,” he said. “I jumped into water up to my neck. I didn’t know if I was going to live or die. I was terrified.” 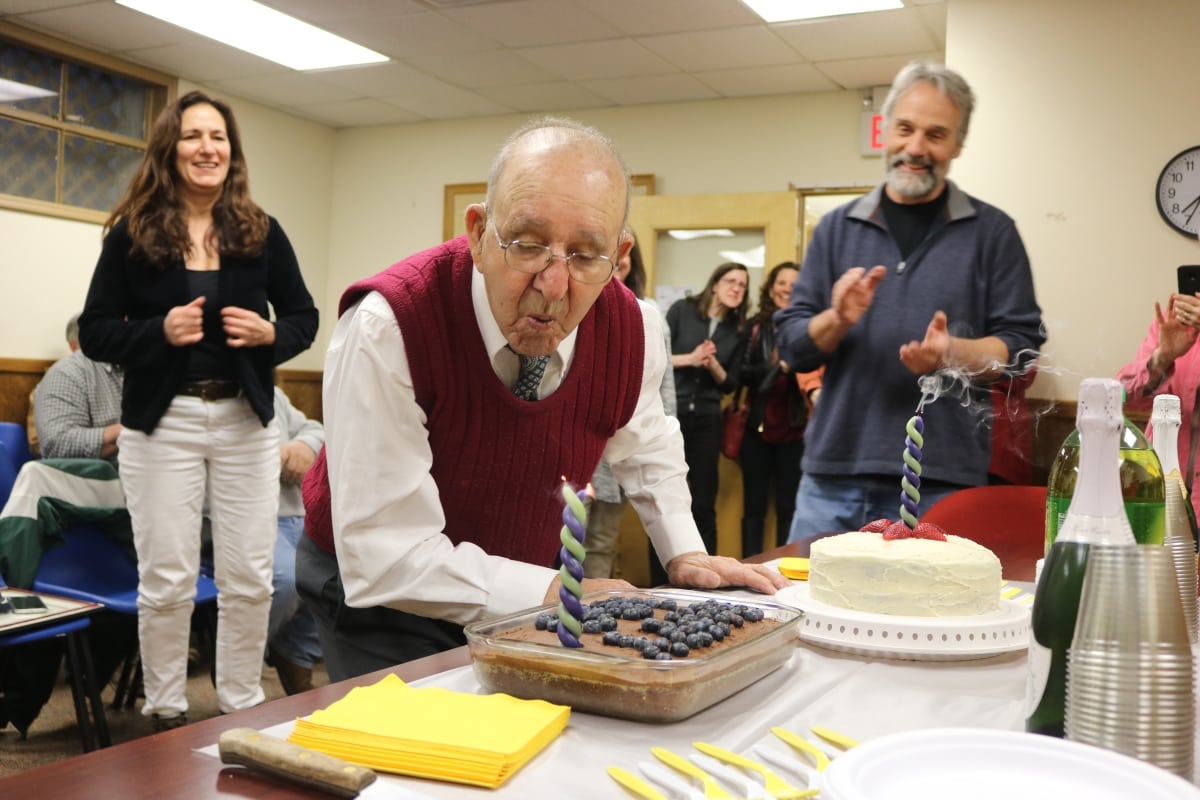 The Cold Spring Village Board honored Etta in 2018 a few days before his 100th birthday. He was flanked by his daughter, Maureen Etta, and Mayor Dave Merandy. (File photo by Michael Turton)

Etta said in 2013 that since he left the service, he hadn’t thought much about his experiences until relatively recently and that then-Town Board Member Betty Budney “started this whole thing” that led to a plaque being installed in Town Hall commemorating his service. He also was honored in 2009 with the French Liberty Medal for his contribution to freeing France from the Nazis.

According to the U.S. Army, the 1st Infantry Division “was the first to reach England, the first to fight the enemy in North Africa and Sicily, the first on the beaches of Normandy in D-Day and the first to capture a major German City — Aachen.” For the D-Day landings, “in five days, the division drove inland and cleared a beachhead for supplies and troops. Driving eastward across France against fanatical resistance, the soldiers of the 1st Infantry Division spent nearly six months in continuous action with the enemy.”

In 2016, Etta was among a group of local veterans who visited Washington, D.C., to see the war memorials there. He had visited the World War II Memorial twice before but said this trip was no less rewarding. “Before, I walked around the entire monument area,” he said. “Now I’m here in a wheelchair and thankful I can come here again. I just can’t talk enough about it.”

Etta is survived by his five children, Steven Etta, Philip Etta, Joseph Etta (Lorie), Maureen Etta and Joann Ehrenreich (Don), along with eight grandchildren and 10 great-grandchildren. His six siblings died before him.

The funeral service and burial will be private because of COVID-19 restrictions. Etta will be laid to rest with military honors alongside his wife at Cold Spring Cemetery.