Long-term agreement with Renegades said to be close

The Dutchess County Legislature this week approved $1.43 million in bond funding to install energy-efficient LED lighting at Dutchess Stadium while taking another step toward a long-term agreement with the stadium’s tenants, the Hudson Valley Renegades.

The Renegades added pinstripes to their logo after announcing their affiliation with the New York Yankees.

The Renegades, a minor league baseball team, have played at “the Dutch” since its construction in 1994 on Route 9D just outside of Beacon. After Major League Baseball began restructuring its minor leagues in 2019, the team last year dropped its affiliation with the Tampa Bay Rays to become a farm team of the New York Yankees.

The team also moved up in the minors to Single-A and extended its season to 66 games, from April to September, although it’s not clear how the 2021 season will be impacted by the pandemic. The 2020 season was canceled because of the shutdown.

Legislator Michael Polasek, who represents LaGrange, suggested before the vote that the expanded season and Yankees affiliation could add upward of $10 million to the local economy. “There’ll be numerous employment opportunities, tourism opportunities and increased spending at hotels, restaurants, delis, gas stations, retail stores and the list goes on,” he said.

The Legislature will be asked to approve funding for Dutchess Stadium three more times this year, for a total of $10 million, to complete a series of upgrades to the 4,500-seat stadium that began two years ago. In return, Jeff Goldklang, the president of the Goldklang Group, which owns the Renegades, said Wednesday that a new lease keeping the club in Dutchess County is close to completion.

“The T’s need to be crossed and I’s dotted, but we anticipate presenting a full lease within the next several months,” he wrote in an email.

The Legislature in 2018 approved spending $2.4 million that, along with a $600,000 state grant, financed the first phase of improvements at the park, including new seating, repairing the concrete seating bowl and partially paving the 1,000-space parking lot. Renegades management at the time agreed to a lease extension that runs through 2023.

The second phase of upgrades includes the new lights, as well as the construction of a team clubhouse. The Legislature will be asked in the spring to approve an additional $3.1 million to fund those projects.

Phase 3, to come later this year at a price of $5.5 million, will include new umpire locker rooms, a new strength and conditioning facility, a new visitors’ clubhouse, a new family meeting room and a marquee sign along I-84.

In a five-year audit released in November, Dutchess Comptroller Robin Lois criticized the county’s management of the stadium, calling the current lease at $258,000 per year “unfavorable to the county” because it does not “fully compensate for the costs incurred.” Although the stadium is considered a county park, “it does not provide public access for resident enjoyment and is operated by a for-profit entity,” she charged.

From 2016 to 2020, the stadium cost the county an average of $170,000 more annually to operate than the lease payments, Lois said, suggesting that “a fair and equitable lease would include remittance for operating expenses and allowance for anticipated increase in annual capital bond and interest costs incurred by the county.”

The comptroller may get her wish. The 20-year agreement being negotiated by the county would increase the team’s rent every five years, topping out at $338,000 annually beginning in 2036.

Under that structure, the county would recoup its $10 million commitment to the Renegades, along with debt and maintenance expenses, in 14 years. By 2040, county officials estimate realizing a $750,000 profit from the ballpark over the life of the lease. 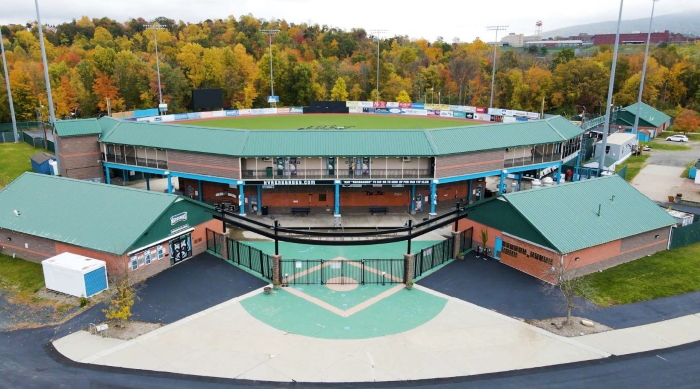 Page said he felt “competing emotions” after the vote on Monday. He said he feels good about the county’s ongoing relationship with the Renegades, but was “not feeling good about spending a significant amount of public money on a public facility that serves a private entity.”

While the county has provided legislators with a blueprint for its future relationship with the Renegades, Page said he’s not ready to give Dutchess officials the green light on the $10 million package just yet.

“I don’t see our vote on Monday as a commitment for approving subsequent phases without a significant conversation at the very least,” he said.

The county is also expected to continue negotiations this year to purchase the land beneath the stadium, which it has leased from the Beacon City School District for decades. (Dutchess County owns the stadium.) Under its most recent agreement with the school district, the county pays roughly $29,000 annually for the land.

Meredith Heuer, who is president of the Beacon school board, said Thursday that it will discuss the negotiations at a meeting next month. The district has had the land appraised but its value has not been disclosed.