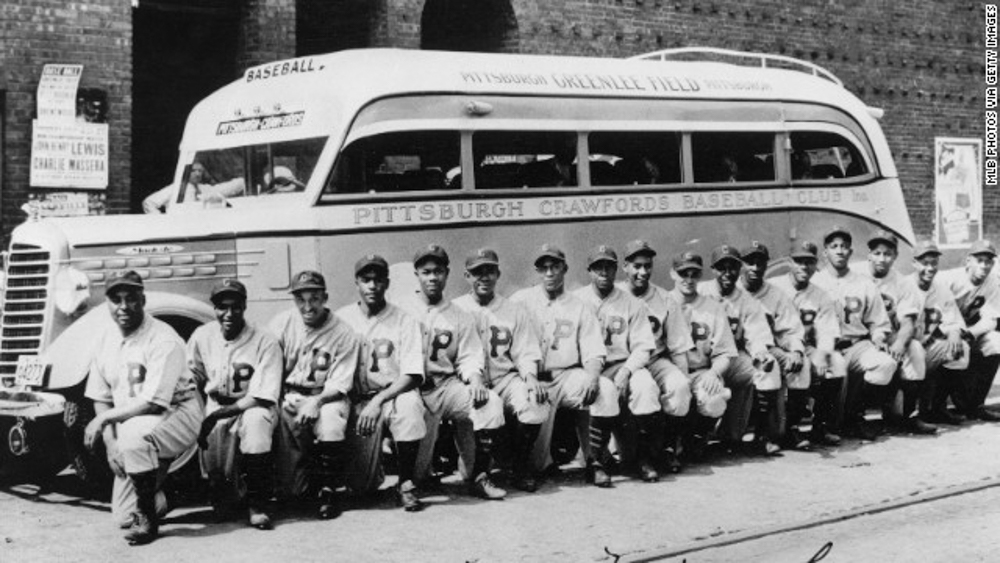 Even the most casual baseball fan probably knows Jackie Robinson broke the color barrier in 1947, becoming the first Black man to play major league baseball in the modern era and starring at first base for the National League’s Brooklyn Dodgers.

Slightly more devoted students of the game appreciate that just a few months later, Larry Doby became the second Black man to play in the majors, excelling behind the plate and at bat with the American League’s Cleveland Indians.

Ardent present-day fans of “America’s Pastime” may be vaguely aware that prior to Robinson’s and Doby’s exploits, baseball’s Negro Leagues epitomized the extent of segregation in the U.S., in and beyond sports. But knowledge of the history of Black baseball beyond that, including its presence in the Hudson Valley, is pretty scant for all but true scholars of the game.

Long before the Negro Leagues, white and Black men actually played the game together on professional teams as early as the 1870s.

But by 1890, as a result of hostility towards Black players, a “gentleman’s agreement” among white team owners segregated the game. And so it remained until Robinson and Doby.

All-Black teams often took to the road, where money could be made playing exhibition games. They normally played as little as a third of their games in their own leagues.

“Barnstorming teams” began visiting the Hudson Valley as early as the late 1880s. 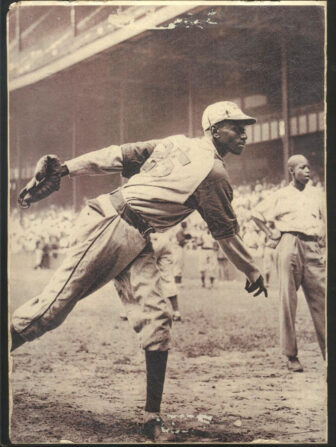 Satchel Paige barnstormed the Hudson Valley as late as the 1960’s.

Established in 1885 on Long Island, the Cuban Giants were the country’s first Black professional team.  That year, they won the three games they played in Middletown against the Wallkill Baseball Club.

That same summer, the Wallkill team also lost a game to the Newburgh Gorhams, who would later go on to meet the Cuban Giants in the Colored Championship.

In the years that followed, the Gorhams, Cuban Giants and Cuban X-Giants often rolled into Middletown to play another talented local white team, the Asylum Base Ball Club, which was sponsored by the State Homeopathic Hospital for the Insane.  The Middletown hospital’s superintendent felt patients’ spirits would be lifted if they had a good baseball team to root for.

The Asylums were formidable; a number of their players, including “Happy” Jack Chesbro, went on to careers in professional baseball.

Chesbro, a pitcher, won 41 games with the New York Highlanders in 1906. He was inducted into the Baseball Hall of Fame in 1946.

The Wallkill and Asylum teams’ rivalries with Black barnstorming teams lasted many years. In 1905, a reunion game played in Middletown between the Asylums and Cuban Giants drew 3,000 fans.

The Negro National League was established in 1920 and thrived through the Depression years. Barnstorming continued, but when Robinson, Doby and others broke the color barrier in the late 1940s, the Negro Leagues began a steady decline and had all but disappeared by the 1960s.

During the barnstorming era, teams such as the New York Lincoln Giants — whose lineup included Spot Poles, “the Black Ty Cobb” — Cuban Stars, Baltimore Elite Giants, Puerto Rican All Stars, New York Black Yankees, Indianapolis Clowns and the Satchel Paige All Stars all played in the Hudson Valley into the 1960s.

Satchel Paige entered professional baseball in 1926 with the Negro Southern League’s Chattanooga Black Lookouts and went on to become one of the most famous and talented players in the Negro Leagues. In 1948, at age 42, he broke into the major leagues with the Cleveland Indians, making him the oldest “rookie” in league history.

Late in his barnstorming career Paige would only pitch a couple of innings, but he was still a big draw and always sold tickets.

The Putnam County History Museum in Cold Spring recently opened an exhibit, Putnam at Play: Recreation and Leisure in the 19th & 20th Centuries, that includes a look at the history of Black baseball.

The exhibit was created over the course of a year by museum Executive Director Cassie Ward, working in collaboration with Putnam Valley resident and baseball historian Bob Mayer, whose work this article is largely based on.

Mayer is scheduled to give a talk on baseball history at the museum this fall. The museum is open Wednesday through Sunday, noon to 4 p.m.