Two candidates for Nelsonville mayor will appear on the March 15 ballot: Rudolf van Dommele and Chris Winward, who is a trustee. The incumbent, Michael Bowman, is not running.

Below are written responses to questions posed by The Current; their responses have been edited slightly for clarity and brevity. We asked each candidate to limit the three answers to a total of 500 words.

What is the biggest issue facing Nelsonville in the next two years,
and how would you address it? 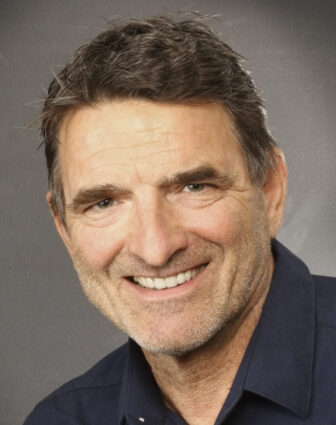 Van Dommele: One of the real issues is the ongoing battle with Homeland Towers, where the Village Board has taken a backseat in the fight by signing a controversial settlement. Local residents who continued this fight have very recently received an injunction against Homeland. As mayor, I will support those neighbors however I can.

After their resignation from the fight against Homeland, the board decided to get to work drafting a new law regulating short-term rentals in our village. To justify the need for the imposition of this new set of rules, the Village Board has relied on an anonymous survey, secretive gossip, fear-mongering and fabricated complaints, while in fact not a single bona fide complaint or incident has been recorded or substantiated. In spite of objections from a vast majority of residents who attended the public hearings and sent correspondence on the subject, this law was adopted by a 3-2 vote, leaving many residents and stakeholders feeling disenfranchised. With this, the board exposed the village to the possibility of yet another lawsuit, which may well become the most important issue facing the village in the coming two years. Similar laws have been ruled arbitrary, capricious and unconstitutional in state courts. As mayor, I will work to revise and simplify this law to fit the needs of our community, preserving its character but also protecting the real property rights of its taxpayers.

Winward: Speeding on Main Street/Route 301 needs to be addressed to make our village safer for our kids, other pedestrians, cyclists and business patrons. Since 301 is a state road and Fishkill Road is a county road, I would work with these jurisdictions to adjust the speed limits as you approach Nelsonville. Additionally, I would advocate, to the state, installation of permanent radar speed signs in both directions of 301. I am grateful to the Putnam County Sheriff’s Department, which has been ticketing more, and look forward to discussing the issue with Sheriff Kevin McConville to see what ideas he may have. Finally, I would work with the state for a crosswalk near the bakery and ice cream stand to make it safer for children and adults to enjoy the businesses in that area.

Should Nelsonville, Cold Spring and Philipstown collaborate on using American Rescue Plan Act money for a project to benefit all three municipalities?

Van Dommele: Some of Nelsonville’s share of the funds could be used to create a clearing on the wooded Secor Street parcel for a village green or a playground — and definitely not an athletics field! [Van Dommele says The Current earlier misquoted him when paraphrasing his “vision of a recreational area, maybe a field where kids can kick a ball or fly a kite” as an athletic field.] As Alan Potts pointed out in a letter to the editor [Feb. 25], installation of a sewer line in Nelsonville will be prohibitively expensive and remains a pipe dream — no pun intended. 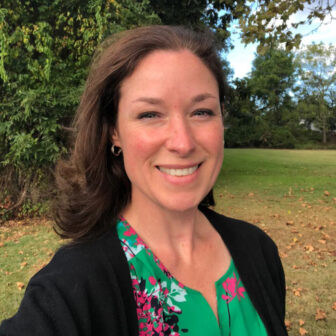 Winward: I am thankful for the good relationships I have with Cold Spring Mayor Kathleen Foley, Philipstown Supervisor John Van Tassel and others on the Cold Spring and Philipstown boards, and I appreciate that they also value collaboration. Our municipalities are interconnected and depend on one another for the benefit of all residents. Nelsonville’s $64,000 in ARPA funds are the first direct federal dollars that have been secured for the village in a long time and I’m happy to have managed the process. Individually, the three municipalities did not receive that great an amount of ARPA funding, compared to our needs, so it remains to be decided, with public input, if these funds are best for specific projects in each municipality or for shared investment. The three municipalities may also partner with the county on additional uses for the $19 million that the county has received in ARPA funding.

If there is collaboration, what should the project be?

Van Dommele: One project Cold Spring and Nelsonville could collaborate on is remediation of problems with the stormwater drainage and flooding at the culvert running from the Secor Street parcel under Cedar Street into the Cold Spring drainage system. Joining forces with Cold Spring and Philipstown sounds good, but it is not easy to find projects of equal benefit to the town and the two villages. This issue demands community involvement and input from residents. Ailing infrastructure in the Garrison water district and construction of a Nelsonville sewer line are localized problems and may not get the support of the greater community. Personally, my vote would be for the construction of a community swimming pool at Philipstown Park.

Winward: Municipalities have until 2024 to decide what to spend their funds on and until 2026 to make those expenditures. Nelsonville should continue to have discussions with residents on the best use of these funds and collaborate with the county on larger funding needs. Some potential needs: radar speed signs for Main Street, sprucing up the kiosks at trailheads, a new fire escape on the [village-owned] sheriff’s substation, an updated cost-and-financing study for sewers, solar panels on Village Hall and improved technology to increase options for participation in public meetings. We could also use the funds to supplant the cost of the Village Hall roof and recent paving that we planned to pay for with some of our fund balance, and free up those dollars for future needs.