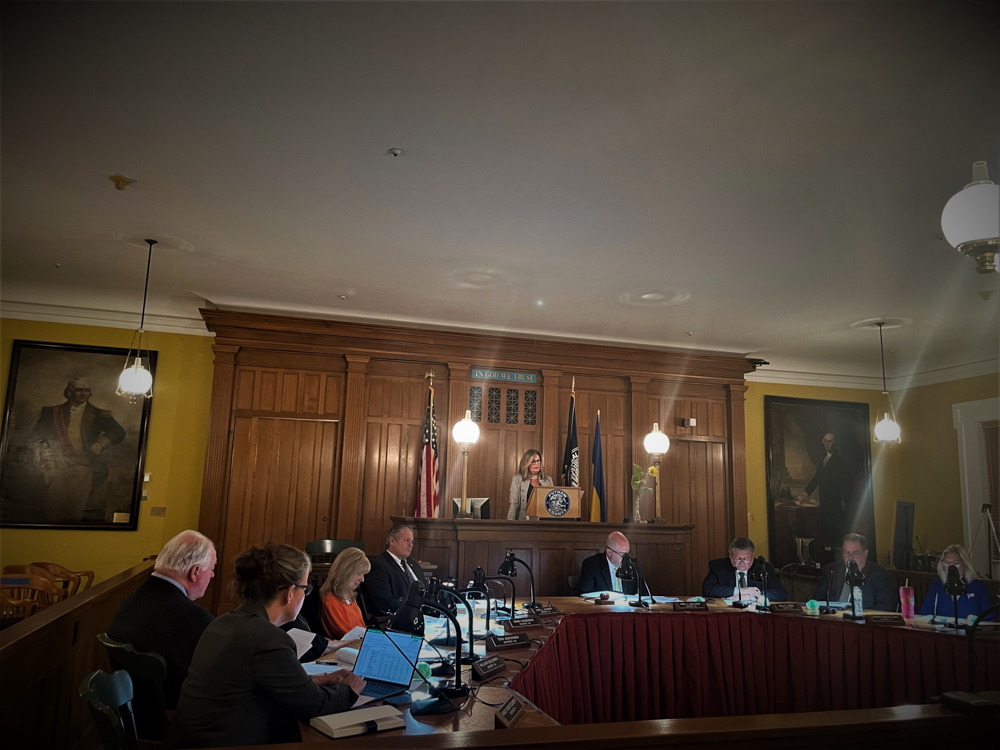 The Putnam County Legislature on Oct. 28 approved a $179 million budget for 2023 that keeps the tax levy the same and raises salaries for the county executive’s office, the sheriff’s command staff and many rank-and-file employees.

While spending rises by $11.3 million, the overall tax levy remains unchanged at $47 million and the tax rate, $3.12 per $1,000 of assessed value, will be the lowest since 2009, according to County Executive MaryEllen Odell. Projected sales-tax revenue, $74.7 million, will pay for 42 percent of the budget. 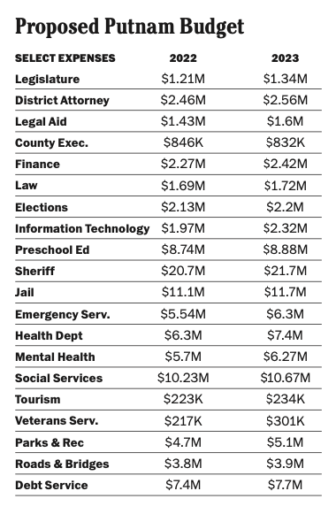 The budget also raised pay for the Sheriff’s Department’s command staff. William Carlin, the county’s finance commissioner, said that Undersheriff Thomas Lindert and the department’s four captains were paid 10 percent less than the salaries budgeted for their positions in 2022.

Legislator Nancy Montgomery, who represents Philipstown and part of Putnam Valley, is the Legislature’s only Democrat and the only representative to vote against the budget, which she said “once again puts upper management and elected officials first and the people of Putnam last.

In a separate action on Oct. 28, the Legislature voted, 8-1, with Montgomery in dissent, to increase the salary of the county executive and the department staff by 3.5 percent. That will push the salaries for the incoming executive to $176,022, the deputy county executive to $129,375, the chief of staff to $86,107, the director of constituent services to $46,643 and the confidential secretary to $62,100.