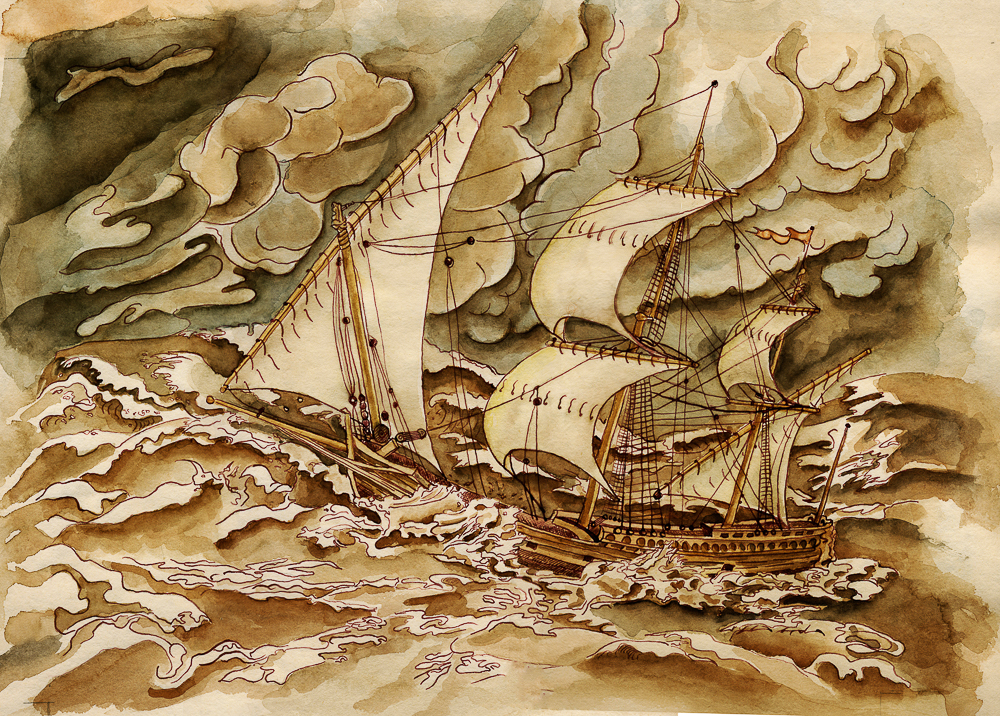 Asked to define her career, which includes artistic zombie creation and forensic sculpting, Chris Sanders hones it down to this succinct description: “I make a living with paint, in one way or another.” 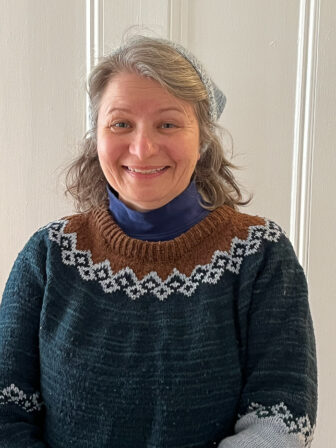 A look at the Beacon resident’s website at agoutistudios.com (named for a gene that controls mammal pigmentation) reveals a complexity of avocations, but first among them is costume work. Sanders is one of the few people in the New York film industry who is both a textile artist and tailor.

“I do a lot of fabric and garment dyeing, matching colors for the camera,” Sanders says. “It involves a knowledge of color theory, natural and manmade fibers, pigments, binders and solvents.”

As a tailor, she will find herself in the fitting room with the performers and designers as they develop the characters. As a textile artist, Sanders spends her time on tasks such as creating bullet holes and making garments for actors portraying homeless people.

“It’s a grim comment on the state of popular entertainment,” she says. “Both are techniques with which I have a lot of experience. Clothes that are brand new at 8 a.m. can be made to look so foul by 6 p.m. that my colleagues are reluctant touch them. But it’s only paint.”

Generally, Sanders “takes things that are new and, within the parameters of the story line, working with the costume designer, we make a story. We ask ourselves, ‘Who is this person? What are they wearing?’ We try things out: ‘This is interesting; shadows and unexpected things are happening.’ That can trigger dramatic foreshadowing, i.e., the character has something not quite right. I fill in the frame around what they’re saying. Those cobwebs got there somehow.”

Raised and educated in California, Sanders made her way east, first finding work at a regional theater in New Jersey, then crossing the river to Parsons-Meares, a Broadway costume shop. Working as a costumer for the original Broadway production of Les Miserables, Sanders was sent around the country for three years to help set up tours. “I would sit in the house and watch the tech rehearsals and would look at how the lighting [at each theater] went with the costumes.”

A “zombie dress” costume designed and created by Chris Sanders

In 2007, she moved from New York City to Long Island but felt with climate change, “sea level was not a place to live.” In the Hudson Valley, she found “much more community involvement, which is what I wanted.” Much more production work was also moving to the region. “At golden hour, just before sunset, I look out and am floored that the Hudson Valley School of Art wasn’t making it up,” she says. “It’s wall-to-wall inspiration.”

Sanders has cultivated other fields, most rooted in anatomy and anthropology. These include forensic sculpture, which until DNA matching made it somewhat obsolete, was a method of identifying remains from accidents or crimes by reconstructing a face on a skull. “In creating a sculpture you’re holding somebody in your hands,” she says. “It must be approached with a great deal of respect.”

Other pastimes include a serial graphic novel, Treasures of the Hudson Highlands. She has published the first chapter and promises a yarn with “physics jokes, a sea monster in the river and petroglyphs. It writes itself. There’s no grand denouement, as it just keeps going on its own. I look up 10 days later and I have pages taped all over. To turn this into an animated series would be ridiculous fun.” 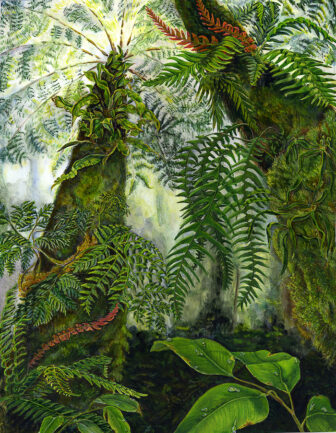 Then there’s Sanders’s Sunday night Instagram story, “My Cat Bob, Special Agent” (@specialagentbobcat), in which her pet gets a star vehicle. “He’s my chill, philosophical muse,” she says.

Sanders is also a natural science illustrator. Introduced to the field by a friend who gave her a catalog, Sanders quickly was hooked. The work is usually done in collaboration with research scientists, with introductions made through the Guild of Natural Science Illustrators, she says. “I can put in a question, and in under an hour I have the answer, provided by the world expert. I can be working with people who spend 30 years looking at ferns!”

One thought on “The Artist Next Door: Chris Sanders”