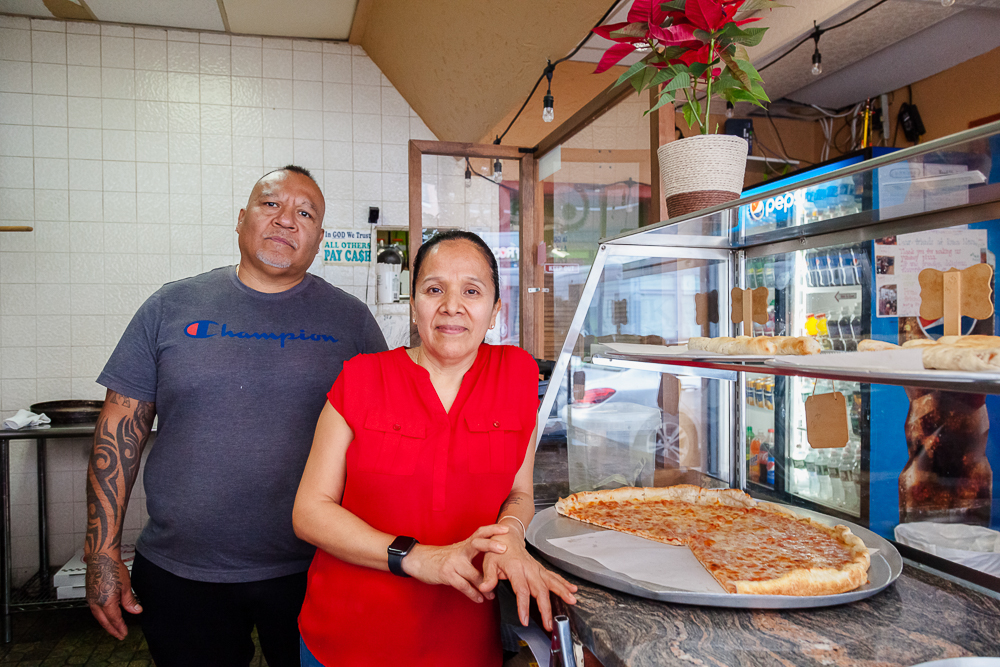 Miguel and Ana Tapia own the Roma Nova restaurant in Beacon. (Photos by Valerie Shively)

Three owners say rent hikes too much to absorb

Lunchtime was business as usual on Wednesday (Jan. 4) at Roma Nova, a pizzeria and Mexican restaurant on Eliza Street in Beacon, a half-block from Main Street. A steady stream of customers — some speaking Spanish, others placing their orders in English — strolled into the two-room café.

Ana Tapia, who owns the restaurant with her husband, Miguel, stood behind a counter, taking orders. As customers picked up their food, husband and wife took turns spreading tomato sauce and cheese before popping fresh pizzas into industrial-sized ovens. In the next room, a single employee, Carlos Pena, cleaned the kitchen.

Roma Nova, which has been in Beacon for 28 years, announced last month that it would be closing at the end of January. Along with Batt’s Florist and the Beacon Barber Shop, the restaurant is one of a trio of longtime businesses being upended, the owners say, because of rent spikes after their building was purchased last year.

According to Dutchess County records, in March a limited-liability corporation called BH Beacon bought the single-story, brick structure at 340 Main St. for $2.3 million. Amanda Hurn, who owns Batt’s, said that Robert Arzanipour, the founder of the Rockridge Group, a Long Island-based luxury development firm, introduced himself last year as the building’s new owner.

Asked about his plans for the building, Arzanipour said by email that some Beacon businesses, including existing tenants, as well as companies outside of the Hudson Valley, have expressed interest in the spaces. “They seem to find the location and quality of the building very attractive,” he wrote.

Hurn, who purchased Batt’s in September, is not among them. She said she cannot afford Arzanipour’s rent — $3,300 per month under a new lease agreement, nearly triple the $1,200 she had been paying.

Ana and Miguel Tapia said their lease agreement included a rent hike to $3,100 per month, from $1,800. Batt’s and Roma Nova were also each told that they would be required to pay 10 percent of what the agreement called “CAM costs,” or the new landlord’s common area operation and maintenance costs — which includes utilities, taxes, insurance, repair and replacement costs, signage and lighting, trash and snow and ice removal, sidewalk maintenance and a “common media fund” for the building.

Although the landlord offered the Tapias a five-year lease, with additional rent increases written in for each year, Miguel said the firm brought prospective tenants in to tour the space, as well.

“It was like they were playing games with us,” Miguel said. The Tapias said they cannot afford the new terms and will close Jan. 28. The couple, who live in Beacon, say they would like to relocate to another space in the city, “but there’s nothing around,” Miguel said. The restaurant equipment will either be stored or sold. 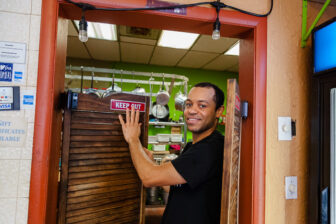 Carlos Pena has worked at Roma Nova for 20 years.

Vincent Melfi, the owner of the Beacon Barber Shop, said he plans to move to Hyde Park, about 20 miles up Route 9. He declined to discuss his lease offer, but said “it’s more than I can afford.” He said his site in Hyde Park, where he lives, will be $1,900 less per month than it would have cost to stay in Beacon.

Melfi has also been in Beacon for 28 years. He plans to close Jan. 14 so he will have two weeks to move his equipment.

He expects “well over 200” customers to follow him to Hyde Park. “A lot of [Beacon] people are feeling bad, but the people in Hyde Park are excited to be getting me,” he said this week. “I’m going to be OK. In six months to a year, I’ll be right back where I was.”

There are no mechanisms, such as rent control or stabilization, that regulate commercial rents in Beacon. In New York City, lawmakers in 2021 considered limits on rent increases on small commercial spaces, but the bill died in committee.

For Carlos Pena, the 36-year-old Roma Nova employee who has worked for the Tapias for 20 years, the future is uncertain.

11 thoughts on “Beacon Businesses in Jeopardy”