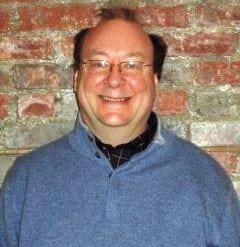 David Duffy, a first-time novelist, has been nominated for a prestigious 2012 Edgar Award, presented by the Mystery Writers of America, for his debut effort.  This year’s Edgars honor “the best in mystery fiction, non-fiction and television published or produced in 2011.”  The announcement was made last week on the 203rd anniversary of the birth of Edgar Allan Poe.

Duffy was nominated in the category of “Best First Novel by an American Author” for his book Last to Fold. Duffy was the subject of a Philipstown.info profile shortly after the release of the book. Last to Fold’s sequel, In for a Ruble, comes out in July.  Duffy is currently working on a third.

The Edgar Awards will be presented to the winners at the 66th Gala Banquet, April 26 at the Grand Hyatt Hotel, New York City. For a full list of nominees, visit the Edgars website.