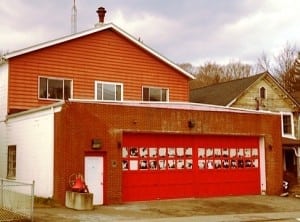 Putnam County Sheriff Donald B. Smith plans to open a new full-fledged sheriff’s substation in the old Nelsonville fire hall on Main Street. Slated for opening in late spring, the entire two-story building will be converted into a precinct-style police operation where sheriff’s deputies and investigators can perform a variety of functions heretofore generally unavailable in Philipstown. Sheriff Smith told Philipstown.info about the new substation in a wide-ranging interview in his Carmel headquarters on Monday, Jan. 24. Chief of Criminal Investigations Gerald Schramek also joined the discussion.  (The rest of interview will be posted later this week.)

Smith said the substation would help avoid the need for taking officers off the street for extended periods of time when performing necessary police tasks such as arrests for minor offences. He said officers could issue court appearance tickets and other violations without having to transport or require people to go to Carmel for processing.  “We’ll be able to receive walk-in complaints from the public; investigators can work there with computer support and space to meet with witnesses, and patrol officers can meet with the public in a professional setting,” said Smith.

“The station will add to the presence of the sheriff’s office in Philipstown. Officers can report for duty there and they can do fingerprinting and photography and other tasks with capability of getting back on the road quicker,” added Schramek. Currently the Sheriff’s Department operates locally out of a cramped office on the second floor of the Town Hall. Smith said he believed opening the substation “would promote ownership [of the Sheriff’s Department] on the part of the people of Philipstown.” 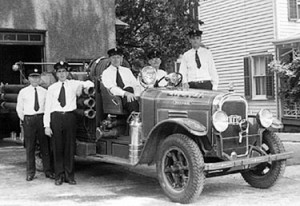 Members of the Nelsonville fire department circa 1942

The building, constructed in 1955, housed the Nelsonville Fire Department until it disbanded. In the last several years the Sheriff’s Department has used it as a garage for vehicles and a place for officers to rendezvous among themselves. For a brief time the building also served as a polling place for village voters.