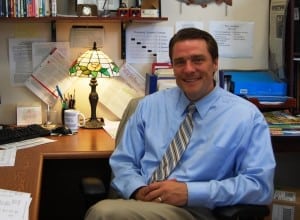 Saturday morning (June 16) marked a milestone in the lives of the seniors at Haldane. The journey each graduate will begin to make towards his or her distinctive future will most certainly prove to be as unique as the record of their individual pasts, but graduation day will be a moment the group will share, a sort of collective oeuvre created by the synthesis of these particular 66 voices, aptitudes, interests, and spirits coming together for the last time as the members of the Haldane Class of 2012.

Brian Alm, principal of Haldane High School, is confident that his teachers and administrators have prepared this artistic, motivated and eclectic group of young adults to be good citizens and good neighbors of our community and of our world, and he is especially pleased that the trend at Haldane seems to be towards better matching up the students with their future vocations at an earlier age–no matter what an individual’s interests or passions might be. The quality of competitive colleges that students are getting accepted into is steadily improving, and there has been an increase in the enrollment in vocational training over the past five years as well.

“All of our students are better positioned than ever to succeed. Whether they are choosing employment or a university or community college or whatever, [the students] are completing internships, outlining career paths, and are much more clear in setting goals,” he said.

These improvements can be attributed to several changes that Alm and the faculty have implemented over the past few years, changes to curriculum (for one, an increase in the number of AP classes offered, though that is a much more nuanced discussion than this space allows), as well as increased academic support with the creation of the 10th period H.E.A.R.T. program (Haldane Encourages Achievement, Research, and Teamwork) that provides after-school help to students in need of academic support. Another change, the shift to a common high school lunch period that was made four years ago, might seem superficial on the surface, but Alm said an entire student body having the opportunity to break bread together each day helps define and strengthen the culture and atmosphere of a school as well. 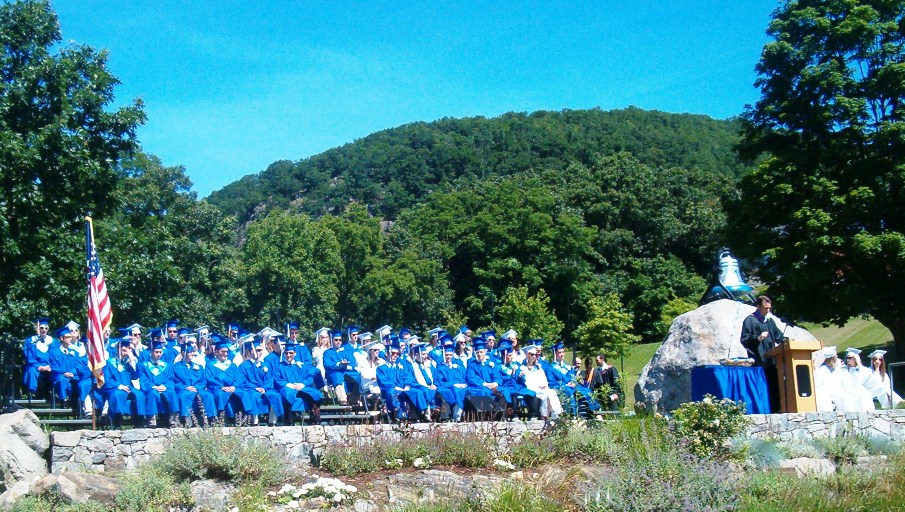 Nearly five years ago the Class of 2012 came together for the first time, probably on a sunny end-of-vacation morning when their adolescent minds were still fixed on the receding days of summer and they could barely imagine that a day of parting would ever come. Some members of the group would have known one another since preschool, others may have met in grade school by way of a Philipstown sports team or the Depot Theatre and there were a few to whom the Haldane School was entirely new but, over time, the group coalesced, Alm said. “This group is a paradox, though. We talk about each class tending to take on a distinct ​​​identity of their own that it carries for its time here, but this group has also retained a kind of autonomy within that.” Alm explained, “These kids seem pleased to follow their own unique callings instead of being held hostage by a collective consciousness. They are very much a group of strong individuals that [sic] have very specific endeavors and goals and are well poised to go out into the world to seek their own individual dreams.”

This kind of self-determination might seem like an impossible ambition for teenagers. The pressures of our greater culture, the Internet, advertising and the simple desire to just want to ‘fit in’ can produce an environment that isn’t conducive to the formation of a whole, self-reliant person. Alm said that being able to address these impediments is one of the biggest benefits of a small school. The intimate quality of the relationships between teachers and students at Haldane, amplified by the addition of a full time social worker who meets with students regularly, allows for a real appreciation and knowledge of each student. Teachers and staff, through this understanding, can then encourage confidence and self-awareness–attributes necessary to maintain a healthy sense of self amid the sometimes tumultuous waters of pubescence.

Alm made it clear that “we haven’t schooled the best intentions and passions out of this group, either. I’m confident that these students are leaving with just as many sparks and just as much enthusiasm as they had when they came to us–even their resistances and their protests,” he laughed. “Along the way we taught diplomacy, good politics. We filled them with knowledge and some good old fashioned human kindness, and they have become a very classy and compassionate bunch of wholesome good people.”

To this point, Alm said that the legacy of the Class of 2012 will not be a prank–something that in past years has been customary at the end of senior year. He observed that over the past few years student interest has begun to move away from the tradition of leaving a negative mark. Instead, internships, college acceptance letters and senior projects such as student-made films have become a trend. “You see seniors screening their cinematography projects and grabbing sophomores and juniors, dragging them into the room to see their film,” Alm said. “They are saying: these are the capstones of my high school career.”

No matter what a graduate’s plans might be – whether college or a job or a bit of time off – the students will find that days will never again have the same rhythm or familiarity as they did when they were at Haldane. And though this reality might bring trepidation or come as relief, the graduates can take solace in the fact that, wherever their adventures may scatter them, they will always have a place in Cold Spring as a member of the Haldane Class of 2012 – each individual 1/66th of a whole.