The Beacon Sloop Club’s winter free lecture series is held on the third Friday of the month from January through May. The April program features Susan Fischer Wright and Jonathan Kruk telling tales of local people and events of the American Revolution. 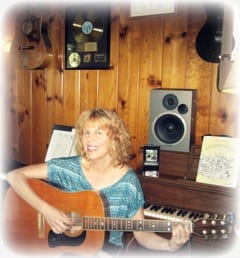 Wright will be joined by a chorus of young singers performing original songs for Sybil Ludington — the Hudson Valley Paul Revere. Sixteen-year-old Sybil Ludington was the daughter of Colonel Henry Ludington, American commander of the Hudson Highlands. On April 26, 1777, she rode through the night from her home near Carmel to Stormville and back, alerting the countryside to the British sack of Danbury.

Covering more than twice the distance of the more famous ride of Paul Revere, her heroic act allowed her father’s troops to surprise the British and drive them back to Long Island Sound, saving the Highlands and their critical supply depots.

Master storyteller and historical re-enactor Kruk will present a program of Hudson River Lore — Ghost, Pirates and Revolutionaries. He will tell tales and dramatize local events, such as the Beacon fires, and people of the American Revolution and other Hudson River lore. The Hudson Valley played a key role by linking New England to the rest of the colonies and providing vital supply routes for George Washington’s armies.

Wright is an elementary school music teacher at J.V. Forrestal and Sargent schools in Beacon. As a child, she grew up in Milwaukee, Wis., and Peekskill. Her mother and grandmother taught her to play the piano, and she has enjoyed music ever since. Susan was a recording engineer in New York City for 10 years before having daughters and going back to school for a music education degree. She has taught in Beacon for six years now. 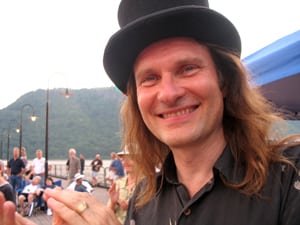 Born in El Paso, Texas, but raised in Westchester County, Kruk grew up on tall tales and daydreams. He began telling tales to calm his rambunctious kid brother at bedtime. Now, Kruk considers it a blessing to give almost 300 performances and workshops each year. The New York Times, noting his far-ranging work, described him as “Westchester’s intrepid storyteller.” Hudson Valley Magazine named him the Hudson Valley’s Best Storyteller, and his recording of The Legend of Sleepy Hollow earned a National Association of Parenting Publication Honors Award.