The Finns drink a lot of coffee. Their per capita consumption — 1.8 cups per day — is more than twice that of the U.S., and the second highest in the world (the Dutch are number one).

I knew that. It’s the kind of information you come across if you pay attention to the little charts and factoids that commonly appear in the media. Long before my family and I set forth on a three-week trip around Finland, I was aware of the country’s predilection for coffee.

But knowing something is not the same thing as experiencing it for yourself.

Well, of course, that goes without saying, right? But still: How often have you heard a fact about a place or a people, and then, when you actually encountered it, been like, Whoa! I had no idea — even though you did? You had exactly that: an idea. 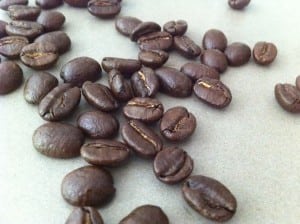 I stopped drinking coffee 20 years ago, while working on a book. My schedule required I wake up at 4:30 every morning in order to write as much as possible before going to work. I quickly found I was more effective on tea’s gentle, sustained alertness than coffee’s eye-popping zing, so even after the book was printed and published, I went on drinking tea — lovely, astringent, fragrant, plain black tea — in the mornings.

I count on tea. And one aspect of the Finns’ coffeephiliaI was not prepared for was their consequent total incompetence at making tea. Tea in Finland sucks. If you order tea in a restaurant, you are likely to get a small cup of lukewarm water with a sad little Lipton tea bag lying on the saucer. At breakfast buffets (which are AMAZING over there, by the way, and can fill your mornings with joy and sustain your body for an entire day), the tea urn will be so saturated with the flavor of coffee, the urns having been switched around indifferently for so long, that if you close your eyes and sip the liquid issuing forth you can almost imagine you are drinking hot water steeped in an old Dunkin’ Donuts cup that has been lying on the floor of your car for a week. In certain fancy places, where they brew loose-leaf tea in press pots, the so-called tea is flavored with dried berries.

Morning after morning, I sampled these horrible teas then switched to coffee. And the coffee was excellent: Strong, rich, dark, hot, flavorful.

Moreover, although I’d discovered over the years that my tender stomach no longer tolerated black coffee’s harsh acidity very well, I had no problems in Finland, as if I’d shifted not just time zones but constitution-zones as well, as if my very gastrointestinal cells had thrown off their cares and decided When in Rome….

So mornings were fine. But the afternoons, they were hot, temperatures in the high 80s and low 90s. By about 3 p.m., I was craving a creamy, cool, iced coffee — the one coffee variant that has survived my otherwise total switchover to tea. But wouldn’t you know it? Iced coffee ranks even lower in the Finns’ diets than tea. Tea may be bad, but iced coffee does not exist. If you ask for it in a cafe, the server will say, “You mean a cup of coffee and … a cup … of … ice?!?” looking as perplexed as if you’d just asked for a squirt of chocolate syrup for your fish soup.

Hot coffee it was, then, morning and afternoon, for three long, wonderful, caffeine-fueled weeks.

One great thing about traveling is that the flavors you experience are often quite brand-new; some may connect with a small constellation of memories, but for the most part, they are not woven into the thick network of associations that enmesh the foods that comprise your everyday diet.

I returned here craving an iced-coffee smoothie, something I used to order daily from a vegan café called Sacred Chow, on Hudson Street, back when I lived in the West Village. I treated myself to one the day we got back, and to another yesterday. Chilly, luscious, and thoroughly tangled up in my own personal history, it tastes very much like home.

For the sweetest smoothies, use overripe bananas. Peel and freeze them in a resealable bag at least 12 hours before making this drink. Brew and cool espresso ahead of time, too.

Combine all ingredients in a blender and blend until smooth, adding ice if desired.