Significant properties, lessons from other communities may be key

Cold Spring is not a community lacking in imaginative residents or creative ideas. But, as the village faces a weak tax base, aging infrastructure and large capital projects, developing a more robust local economy will require transforming good ideas into real and viable projects.

Ideas are abundant, and despite not having a wealth of undeveloped land, there are a number of properties that have potential as economic engines.

Initiatives have been suggested in recent years for the redevelopment of the Village of Cold Spring Highway Department truck yard, which offers one of the most scenic vistas on the Hudson River. One possibility — a small, 30- to 35-room inn — would certainly have a positive economic impact.

The village is also negotiating takeover of Dockside Park, where such ideas as boat-launching facilities, seasonal moorings, food concessions and even a restaurant have been talked about, all of which also have potential economic benefit.

Marathon waits in the wings

Cold Spring’s largest blank check is the former Marathon Battery property on Kemble Avenue. Almost 12 acres, it is easily the largest tract of undeveloped land in the village. In recent years it has been on the back burner as the former Butterfield Hospital site has dominated people’s attention. And developer Ken Kearney, owner of the site, has been going “full throttle” on development projects in Pawling, Peekskill and elsewhere. 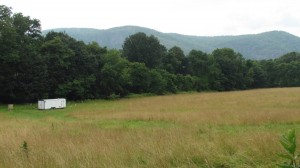 The former Marathon Battery site has a bucolic appearance now - but a toxic past.

In 2011, Kearney proposed a clustered mix of residential, commercial and live-work buildings on tree-lined streets and a substantial green space. The plan featured lofts as living quarters, enabling artisans to reside above their ground-level shops.

Contacted by The Paper, Kearney said he has not focused on the Marathon property in recent years. He didn’t comment in detail on his current thinking as to how the site might be developed, but he thinks Cold Spring is in an enviable position in terms of economic development — especially, he said, in light of having completed a Comprehensive Plan in 2012, through what he termed a “very thorough process with many well-vetted ideas.”

Kearney remarked that consumers and their habits have changed, and that the development he envisioned for Marathon four years ago is not just about shopping and crafts. Instead, he said the goal would be to have visitors perceive it as an “experience” — a destination within a village that is already a destination itself. “If you do that, you’ll definitely have a tax-positive (project) and you’ll create jobs. It would help everything,” he said.

In Kearney’s view, Cold Spring needs “one more push.” He said in Peekskill the push was a new brewery that brought new customers to that city and helped spur further economic development — and in Beacon it was the arrival of Dia, and more recently the Roundhouse, that have been the major economic catalysts.

“Cold Spring is ripe” for that last push, Kearney said.

If Cold Spring elected officials, volunteers and residents can take heart from anything, it is that they are not alone. Many small communities across the country contend with serious economic challenges, but some are addressing their issues proactively.

Small Towns, Big Ideas, a report produced by the University of North Carolina School of Government (UNCSG) and the North Carolina Rural Economic Development Center, details 45 case studies from across the U.S., communities similar in size to Cold Spring and Philipstown. Many of the economic development projects they have undertaken have a familiar ring to them, focusing on tourism, downtown development, arts and entrepreneurship and cluster-based development. 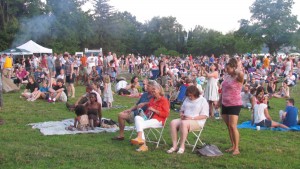 Some ideas for what could be developed at Dockside Park, such as seasonal food kiosks and boating facilities, could produce economic benefits.

The communities vary greatly, but they have one vital element in common. “In most of the communities that are making headway on their economic development challenges, local leadership has been a key ingredient,“ Jonathan Morgan, an associate professor and economic development specialist at UNCSG who worked on Small Towns, Big Ideas, told The Paper in a telephone interview. “In every community we studied, there was an individual, a group or an organization that stepped up to bring things together.”

Small Towns, Big Ideas may not offer cookie-cutter initiatives perfectly transferrable to Cold Spring, but it raises interesting questions and points to the value of forward thinking — when combined with action.

Here are four examples that should resonate in Cold Spring:

Another trait common to most communities is fear of change. “Resistance to change is part of human nature, and we see it a lot in small communities that are at a crossroads,” Morgan told The Paper. “There is a natural tension between maintaining what we like in a community and being open to new ideas and new ways of thinking.”

Some communities find ways to overcome that fear. One of the conclusions drawn from Small Towns, Big Ideas is that communities “with the most dramatic outcomes tend to be proactive and future-oriented; they embrace change and assume risk.”

Easily said. Not so easily done. “You can’t get away from resisting change — it’s in all of us,” Morgan said. “The key is to build consensus.” Reaching consensus on complex issues such as economic development is likely a challenge everywhere. That’s certainly true of Cold Spring, where even the simplest questions, such as whether to call a group of volunteers intent on conserving village trees a “committee,” a “board” or a “commission,” often become contentious. Lack of consensus, and undoubtedly fear of change, have left the “parking meter question” unanswered for years.

There may be irony in the fact that an outside developer, Kearney, immediately pointed to Cold Spring’s Comprehensive Plan when he was asked how economic development can move forward in the village. The Comprehensive Plan may be the closest Cold Spring will ever come to a consensus document.

Community volunteers created it through thousands of hours of effort, every village resident was surveyed as part of it, and with chapters such as “Economic Vitality,” it offers recommendations on economic development. Yet the plan’s contents are strangely absent in many discussions, both formal and informal, about the village’s economic well-being. 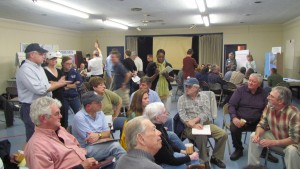 The 2012 Comprehensive Plan involved extensive public participation and included a survey of all residents. It includes recommendations related to economic development.

Basic but significant questions remain unanswered when it comes economic development in Cold Spring: Whose job is it? Who or what organization will provide the leadership and vision needed to make real progress? How can the Comprehensive Plan be more effectively included in conversations about Cold Spring’s economic future? Will the Cold Spring community be proactive in considering potential development at Marathon, Dockside and the truck yard? Or will it simply react to suggestions by the developer and state regulations?

No knights in shining armor

“Find a Way or Make One” appears in The Economic Development Journal, summer 2009, and was written by Morgan and William Lambe. It outlines lessons learned from the 45 case studies in Small Town, Big Ideas, including this observation: “Successful small towns identify local assets on which to build their economic development strategies … these towns do not wait passively for a proverbial knight in shining armor to save the day.”