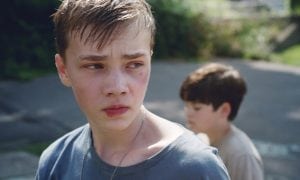 Plummer, 17, whose performance received a rave review in the Los Angeles Times (“While it remains uncertain whether or not Jack will manage to stay out of juvie hall, it’s a safe bet that Plummer, who was in the running for the upcoming Spider-Man reboot, has a promising career ahead of him.”) was in attendance for a question-and-answer session. King Jack, which won the Audience Award at the Tribeca Film Festival, is available on demand and at iTunes and Amazon.

Plummer will next appear in Behold My Heart with Marisa Tomei and Timothy Olyphant; Stargirl with Joey King; and The Dinner, with Chloe Sevigny and Laura Linney. His past credits include recurring roles on HBO’s Boardwalk Empire and the Cold War drama Granite Falls. He is the son of John Christian Plummer and Maia Guest of Cold Spring.