Still time to get a copy and join the conversation

Two hundred years ago this summer, 19-year-old Mary Wollstonecraft Shelley had an idea for a story. On holiday in Lake Geneva, Switzerland, with her husband, Percy, and a few others, the group had been forced to stay indoors due to bad weather. Lord Byron challenged the group to each write a ghost story.

Mary Shelley’s story grew from a dream she had on June 16, 1816.  When Frankenstein: The Modern Prometheus was published in 1818, it was an immediate sensation. A discussion of the novel will take place at the Desmond Fish Library in Garrison on Thursday, July 28, from 6:30 to 8 p.m. Read it or listen to it, preferably the original 1818 version, which is slightly shorter. 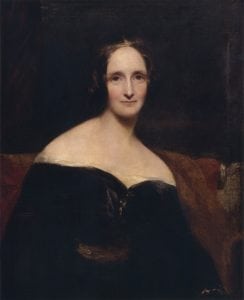 Many people picture Frankenstein as the square-headed monster made famous by Boris Karlof in the 1931 film directed by James Whale. In Shelley’s tale, however, Frankenstein is not the creature but the creator. Victor Frankenstein, misguided by his untutored reading of medieval science, succeeds in animating an assemblage of dead body parts using some vital spark resembling the recently “discovered” electricity.

Horrified by the results, Victor rejects his creature, leaving his motherless progeny to figure out life on his own.  The two become locked in a lifelong struggle for love and power, leaving the reader to wonder at the end which one is really the monster.

The brilliance of Shelley’s tale lies in its story-within-a-story structure, which resembles a set of Russian nesting dolls.  Framing the story is a ship’s captain named Robert Walton, who is in the Arctic searching for the earth’s magnetic pole when Victor Frankenstein boards the ship. 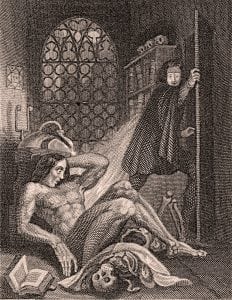 The frontpiece of the 1831 edition.

At the heart of the story is the creature’s narrative, relayed by Victor who makes it part of his own story, which he tells to Walton. The novel is Walton’s retelling to his sister Margaret in the form of a letter home to England, thus putting the reader into Margaret’s position and leaving us to sort through the layers of mediation and unreliability.

Walton’s letters cover a nine-month span from 1796 to 1797, the year Mary Shelley was born to Mary Wollstonecraft, the radical writer and proto-feminist who died just days after the birth. Wollstonecraft had married the equally radical political philosopher William Godwin after learning she was pregnant, having already given birth to a daughter of a man she had not married.

Mary Shelley had already seen a lot of life by the time she penned her tale. Two years earlier in 1814 she had eloped to the continent with her father’s acolyte, the already-married Percy Bysshe Shelley, and her stepsister, Claire Clairmont. Her father disowned her temporarily, and Mary came back pregnant. The baby died just 12 days after she was born.

Mary and Percy married in late 1816 after his first wife, Harriet, committed suicide. By then their second child, a boy, was nearly one. Percy died in a shipwreck in 1822, when the two were living in Italy. Theirs was a complex existence. 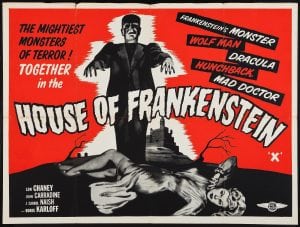 Frankenstein is not a happy novel, but it is a compelling one written at a time of tremendous social, scientific, technological, and political upheaval with significant parallels to our own day.  Composed a year after the Battle of Waterloo ended the 17 years of the Napoleonic Wars that grew out of the French Revolution, it has been read for various historical, cultural, and psycho-sexual meanings, as well as for lessons on class, gender, race and education.

The year Shelley began it, 1816, was known in Europe as the “year without a summer,” a period of traumatic climate change caused by the 1815 volcanic eruption of Mount Tambora in Indonesia. The resultant cloud over the continent caused failed harvests, famine, epidemics, and apocalyptic fears, as well as the bad weather that kept the Shelleys indoors.

Frankenstein is both a Romantic and anti-Romantic treatise on ambition and the limits to knowledge. It illustrates how humans cede power to their own inventions and create “others” as opponents without realizing how much these others resemble themselves. It is about the importance of listening and the danger of making judgments based on appearance. It epitomizes the adage, “Be careful what you wish for.”

In recent years, the creature and Frankenstein have provided metaphors for the Internet and genetically modified “Frankenfood among other things.”

A search for “Frankenstein” on The New York Times website yields more than 5,600 hits, including a review of a recent ballet version performed in London, and a claim from 1919 that “there is probably no figures of speech so persistently misused.”

Frankenstein was first adapted for the stage in 1823, just five years after it was published, and the story has been played, sung, danced, cartooned, and lampooned ever since. Mary Shelley revised it just once, in 1831.

Myers, who lives in Nelsonville and holds a doctorate in English literature with a focus on British Romanticism, will lead the discussion. She has recently re-read both books with classes at Fordham University and Taconic Correctional Facility.