The Movies That Matter series in Beacon will present the 1992 documentary, Warrior: The Life of Leonard Peltier, at 7:30 p.m. on Friday, July 29, at the First Presbyterian Church, 50 Liberty St. There is no admission charge but donations are welcome. The film will be followed by discussion and refreshments. 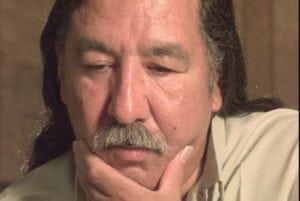 Directed by Suzie Baer, Warrior tells the controversial story of Peltier, a Native American leader given a life term after being convicted of the murders of two FBI agents during a shoot-out in 1975 on the Pine Ridge Reservation. Peltier maintains his innocence, and Amnesty International and more than 50 members of Congress have called for him to receive a new trial.