Ceremony to mark entry by U.S.

The National Purple Heart Hall of Honor in New Windsor will hold a commemorative program at 11 a.m. on Thursday, April 6, to mark the 100th anniversary of the U.S. entry into World War I. 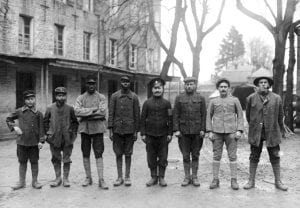 The program will begin with a flag-raising and bell-tolling to recognize those lost during the Great War. Staff members will wear period uniforms and an exhibit with a World War I uniform and equipment will be on display. Call 845-561-1765 to reserve a seat.