To celebrate National Poetry Month, The Current asked 10 poets from Cold Spring, Garrison and Beacon to participate in a poetry circle. Each sent a copy of his or her latest published chapbook or book to another poet in the group, who chose a “favorite” poem (however defined) from the book they received. 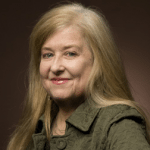 The world moves like a diseased heart
Packed with ice and snow.

Three months now we have been apart
less than a mile. I cannot fight
or let you go.
~ W.D. Snodgrass, “Heart’s Needle”

The world does not turn.
It bulges with its unborn
branches and blossoms.

Floating, I swim and sink
in ember-colored liquid,
umber syrup of amber.

As if embalmed for time,
I do not ripen or wrinkle,
I do not breathe clear air.

Preserved, I lack demands.
Only the most observant
will see an imperfection,

a black insect or tree bark
sliver caught suspended
like a fleck in a blue iris. 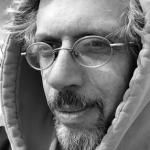 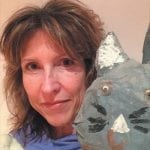 Of course I know
Who owns the
Late autumn moon

Totally
Unhurried, you
Rather like
To bask
Lazily,
Encased in summer. 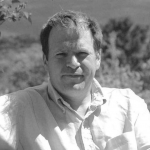 “Sound of a Body Falling Off a Bridge”
By James Hoch (Garrison)
Author of Miscreants: Poems
Selected by Judith Filc (Beacon)

I can tell you there is no word for this
in any language. I’ve asked

and everyone seems to confirm
its translatability.

Feet shuffling off a stone pillar –
simple, but not easy. A young tree

fracturing under the sudden weight –
exactly how one imagines it.

Falling off the Normanwood Bridge,
which is also the silence of stones

staring up from the riverbed
where a swarm of mayflies

hatches in the predawn, coal-dark
aubade of a Susquehanna morning.

If you were a hatch of insects
or freshman in college

writing their arc across the sky
you would know stars make

Say you are not a hatch of insects
or one of those kids wrecked and lovely,

Their skins’ leaf-awkward sheen
Though if you were, you’d be lost
in the fury of living and dying.

You’ll have to trust the words
for the way his face twitched, went

stone-white, for how unbeautiful
his body comprehended night,

for a breath not taken, for the arrested
air in his lungs. For anything else,

I give them to you piecemeal
hand over hand, as if in aftermath

I press each against your mouth.
They taste of salt. They fall into place.

They are beginning to mean
less and less. They only do

what they do – cars ticking
over a bridge, wheel of a flower cart 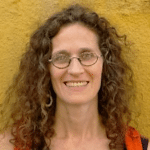 “Ever since I experienced the simple life of Oceania
I can think of one thing only:
living far away from
other people, far away from glory,”
wrote Gauguin to Schuffenecker, convinced that
Tahiti meant peace for the soul but
to reach it
one must leave painting
behind.

The boat will dock in the island where the air
breathes differently. Lying naked in the sand will
suffice to find peace for the soul. Yet the cost
is too high;
better paint the island. 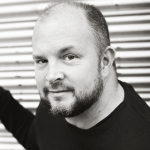 One minute you’re hissing at your wife about something trivial,
the next you’re stomping derelict train tracks, when it emerges,

Its spires shooting up between your ribs,
your gaze swivels skyward and catches a clutch of birds,

glittering over a smokestack, sparkling back and forth in the sky
in various formations, like a math question being worked out

in the mind of a genius. Always pull the car over when you spot
a teen punk rock show at dusk in a public park. Always drink

a glimpse of a white horse in a sunlit pasture at the end of summer.
Always laugh when the garden hose slips out of your hand

and sprays you in the face. When they said smell the roses
they didn’t tell you that every day the rose changes,

that first you must identify the rose. Today you’re in a field
by the Hudson. Ribbons of nectar spool from a folk singer’s lips,

your wife and daughter lollygag in the grass. Sunlight
drizzles through tree leaves, an organic stained-glass window.

Feel the convergence of all your stray voltage. Don’t pull out
of that feeling. Let the father standing next to you

see your eyes well up, the inverse of how the neighbors
sometimes hear you yelling fuck. It’s true – you don’t deserve this,

but it’s yours anyway: the gold-tripped spurs of this moment,
a red bird flinging praise through the sky. 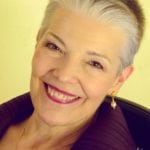 Admiration blossomed like a fruit tree when we met.
Over time, our branches intertwined.
We opened bark and grafted, hot and wet.

We dispensed sweet succulent esteem
for one another’s fruits, but for awhile
confused our roots.

That was then and this is now.
We have a stronger sense of our own boughs.
Though we support each other sure as stone,
we understand our flavors are our own. 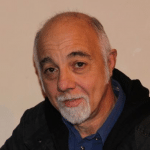 I’m sorry I mistook the Mercedes Benz logo for a peace
sign but I haven’t been myself of late.

Now I’m not writing this to make excuses for myself or
leave the door open to any greater anti-testimony from a
senate of my peers but, please, welcome the Lethargic
Anarchists, who by their very nature are the bulk of my
acquaintances. The password to their hearts is the title of
their memoirs, written each day, in a fine debtor’s hand.
Not disenfranchised, but accomplices — silent and stealthy
Alert, on a moment’s notice, to avoid complex intimacy
when a simple yes will do.

They bear me no ill but concede me my illness. They hope
for repair yet carry no tools. We share a common trial:
Making strange heroes who leave post-its as referrals to our
character; a smattering of truth that does not adhere. 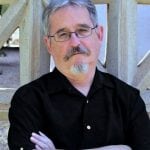 In the great valley between Hwando and Yazoo city,
laborers tend opium poppies and cotton,

Dying of yellow fever. But on the heights, there is a calm
incense of roasting pork, a delicate mist of flesh

At a landscape falsified precisely for their pleasure.
From there, a faint pentatonic music skirls

Up from the valley floor, where we overseers hone
blue notes from invisible instruments stroked

With the abrasive bowl of coal smoke and acid rain. 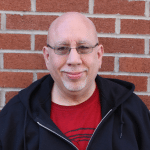 I’ve ridden the roads of the Hudson Valley
From Sleepy Hollow to Walden,
From Beacon to Poughkeepsie and beyond.
Scouring secondhand shops for the perfect
Brown corduroy jacket with black suede
Elbow patches, maybe a monocle and a black
Basque beret to round out the uniform
Guaranteed to garner literary respect
In the grand old taverns of New York City
Where numb neurons engage in battle with the coat
Providing pauldron, plackart and chainmail protection
Against the high minded and the dirty lowdown.
I stop off at a consignment shop by the river
Rummaging through the closets of the dead
Where a ghost of a seaman whispers in my ear
That I might look quite fetching in a flapper’s
Sequined cocktail dress from the twenties.
I keep that in mind but the clothes racks spin on
As I sort through gold nehru suits, leather chaps,
Iridescent green tie dyed tees and bell bottoms.
A shinola brown blazer with gray patches catches
My eye and I do the once over in an ornate mirror
Where at first glance I’m thinking GQ but then it’s PU
As like the picture of Dorian Gray morphing,
My image shadows a portly Shrek like creature.
A crime against nature and I realize that even dressed
To the nines the beast within shall not change.
I walk out with a bruised ego in tow but with a soul
Totally sold on not dressing for success but rather
Convalescing in the asylum of my skin.