The southern edge of the Hudson Valley is about to get a whole lot more Southern.

On Saturday, May 20, Garrison residents Ray Wilson and Louie and Joni Lanza will present the first NashSkill Music Festival on the Peekskill waterfront. The free festival, which runs from 3 p.m. to midnight, will feature bluegrass, honky tonk and Americana performers such as Jim Lauderdale, Chip Taylor and the Cosmic American Derelicts, as well as a Cajun crawfish boil from New Orleans chef Craig Borges and a mechanical bull for those who want to see what the Peekskill waterfront looks like when you’re being thrown through the air. Proceeds from food sales and bull rides will benefit Westchester Habitat for Humanity.

For Joni Lanza, who will be among the performers, the festival is a way for her to bring a bit of her favorite Southern cities — Louisville, Nashville and New Orleans — closer to home. 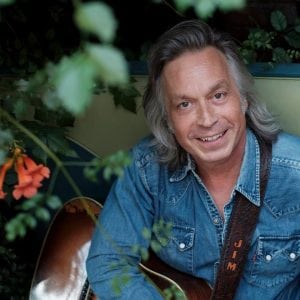 It was during a trip to Nashville that Lanza was inspired to bring the Music City north. She was attending the funeral of a family friend who had managed a number of notable acts. One performer at the funeral was singer-songwriter Jim Lauderdale. The two had a connection: Garrison resident Tony Garnier, who has been Bob Dylan’s bass player since 1989, had played with Lauderdale in the 1970s. Lauderdale said he’d love to play with him again.

Lauderdale and Garnier will perform at NashSkill, as will Chip Taylor, a recent inductee into the Songwriter’s Hall of Fame whose work includes “Wild Thing” and “Angel in the Morning,” along with songs for everyone from Janis Joplin to Frank Sinatra. He struck out on his own in the 1970s as a country singer, but soon retired to become a professional gambler. In 1996, he returned to music and has put out an album nearly every year since. 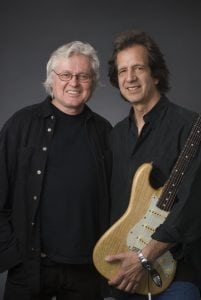 Taylor will perform with guitarist John Platania, an Ulster County native best known for his work with Van Morrison. Other acts on the schedule are the Brooklyn Bluegrass Collective, Hot Rod Pacer and Spurs USA.

A native of Kentucky, Joni Lanza grew up dancing at her mother’s studio in the one-stoplight town of Versailles. She enrolled in the American Musical and Dramatic Academy in New York, became a Rockette while still a student there and made her Broadway debut as the understudy for the role of Peggy in 42nd Street.

Like many New Yorkers, she and her husband left the city to start a family. They have three young sons who attend the Garrison School. But Joni still has a passion for music, Louie has a passion for food, and both have a passion for Peekskill. Louie owns and operates the Hudson Hospitality Group, which includes The Hudson Room, Taco Dive Bar, Buns-N-Bourbon, the Factoria at Charles Point and The Eagle Saloon, which will open this year.

“We love Peekskill because it’s got an authentic, homegrown culture with a little bit of grit,” says Joni.

Lanza says she hopes that the festival will get people thinking of Peekskill as a Nashville of the North. Some promoters and producers told her an Americana festival wouldn’t do well in Westchester County, which prefers its smooth jazz. But she sees Peekskill as culturally akin to Beacon, Newburgh and Kingston, and the Hudson Valley certainly has its share of fiddlers, pluckers, honky tonkers, hell-raisers and others who enjoy a good hootenanny.