Although Don McLean was born in New Rochelle, Philipstown has every right to call him a favorite son.

The singer-songwriter spent four years living in Cold Spring, followed by a much longer stretch in Garrison, and his time in the Highlands was the most productive of his career. Both of his No. 1 hits, American Pie and Vincent, were written while he lived here. On Friday, Sept. 15, he will perform them and many other of his songs when he returns to the area for a concert at the Paramount Hudson Valley in Peekskill. 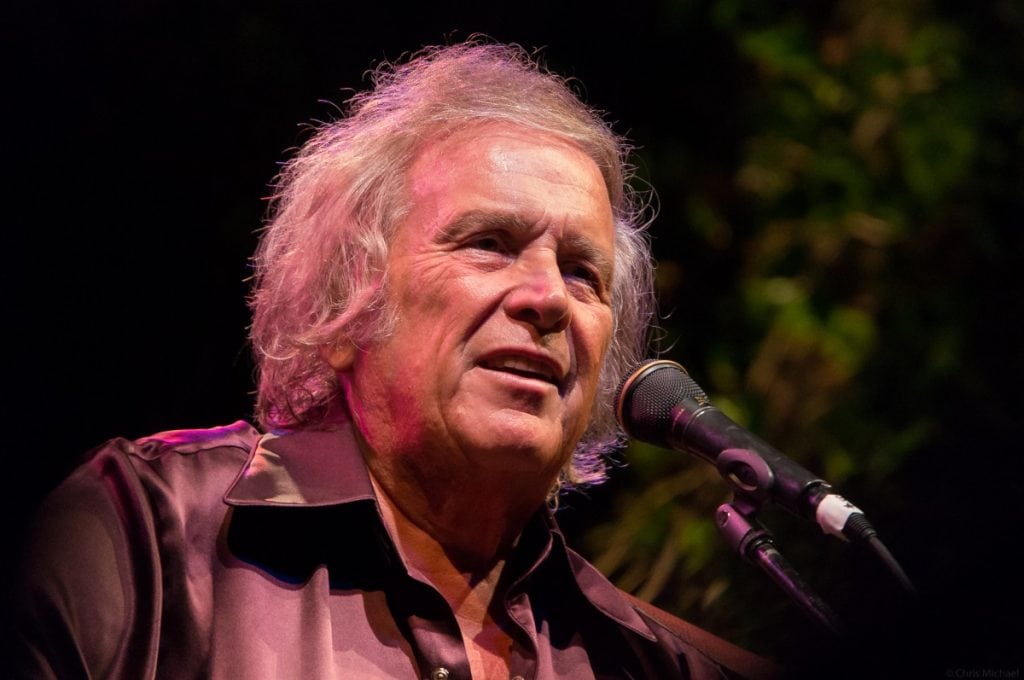 McLean’s connection to the Highlands began in 1967 while he was studying business at Iona College. He spotted a two-inch square ad in The New York Times for a folk festival at Castle Rock Farm in Garrison organized by Pete Seeger to raise money to build a 75-foot sloop, later christened the Woody Guthrie.

“I had loved Pete since junior high school, and had actually written to him,” recalls McLean, 71. “I borrowed a car from my mother, and had a wonderful adventure on the Bear Mountain Bridge and Route 9D finding Garrison.”

There were 200 to 300 people at the day-long festival when he arrived, and a stage made to look like a boat, “on which the man himself was standing. I paid a few dollars and watched, then went over to him. He remembered I was the kid who wrote to him. 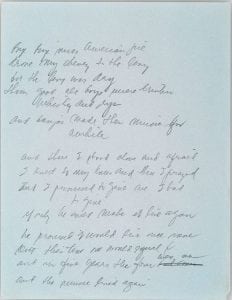 The original lyrics for American Pie, which sold for $1.2 million

The song popularized the expression “the day the music died” to describe the deaths of Buddy Holly, Ritchie Valens and The Big Bopper in a plane crash on Feb. 3, 1959. In interviews, McLean has recalled learning of the crash while he was folding newspapers for his route (“February made me shiver/with every paper I’d deliver”).

McLean has said the song is a lament, lending support to common hypotheses that “drove my Chevy to the levee” refers to the end of the innocent 1950s, and that “bye bye, Miss American Pie” is a play on “as American as apple pie.”

In 2015, the original 16-page manuscript and notes for the song sold at auction for $1.2 million. In the catalog, McLean confirmed references to Elvis as “the king” and to Bob Dylan as “the jester” and that the song ends with a description of the killing of Meredith Hunter at the Altamont Free Concert in 1969 while the Rolling Stones performed.

“A lot happened afterward,” McLean says. “Rather than getting a job, I went up the Hudson River to sing with Pete.” In 1968, McLean toured up and down the Hudson with funding from the New York State Council on the Arts. He lived in a gatehouse in Cold Spring belonging to James Benenson, who was then his business manager.

“It was a little house on a large property, seven acres; I lived near the entrance,” he says. “You had to drive to the bottom of Cold Spring, then take a left-hand turn, and snake around a mountainous area to find it.” 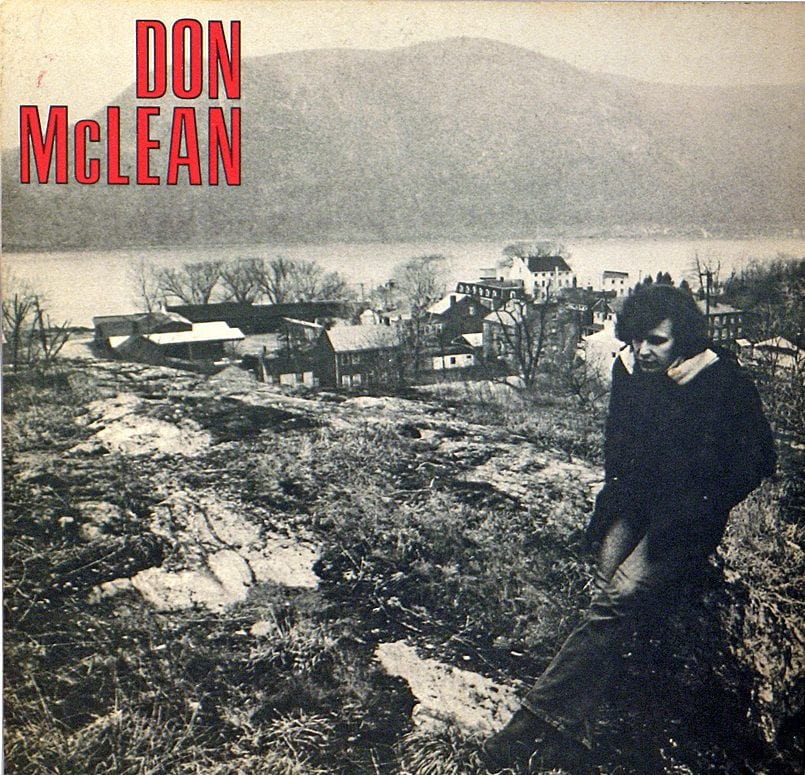 The photo for McLean’s self-titled follow-up to American Pie, released in 1972, was taken on a hillside overlooking the Cold Spring waterfront.

He found Cold Spring in the late 1960s to be a “closed little community with a lot of tension in it.” He lived in Philipstown until 1971 and says he wrote about half of American Pie here.

“In that time I wrote Vincent, American Pie and Castles,” he says. “It was a creative time for me because the Seegers were very creative people and they were magnets for creative people.

“Pete suffered a lot,” he says. “When the sloop was finally built, in 1969, members of the American Legion came and threw bottles at it. To be truthful, Pete was a Communist, but he was a wonderful person with a beautiful mind. His wife Toshi, too, she was at least half of the game. It was his undergirding but her creation.”

American Pie, which was released in November 1971, changed McLean’s life. He bought a house in Garrison on Old Manitou Road, near the entrance to Manitoga, and became friends with his neighbor, designer Russel Wright. 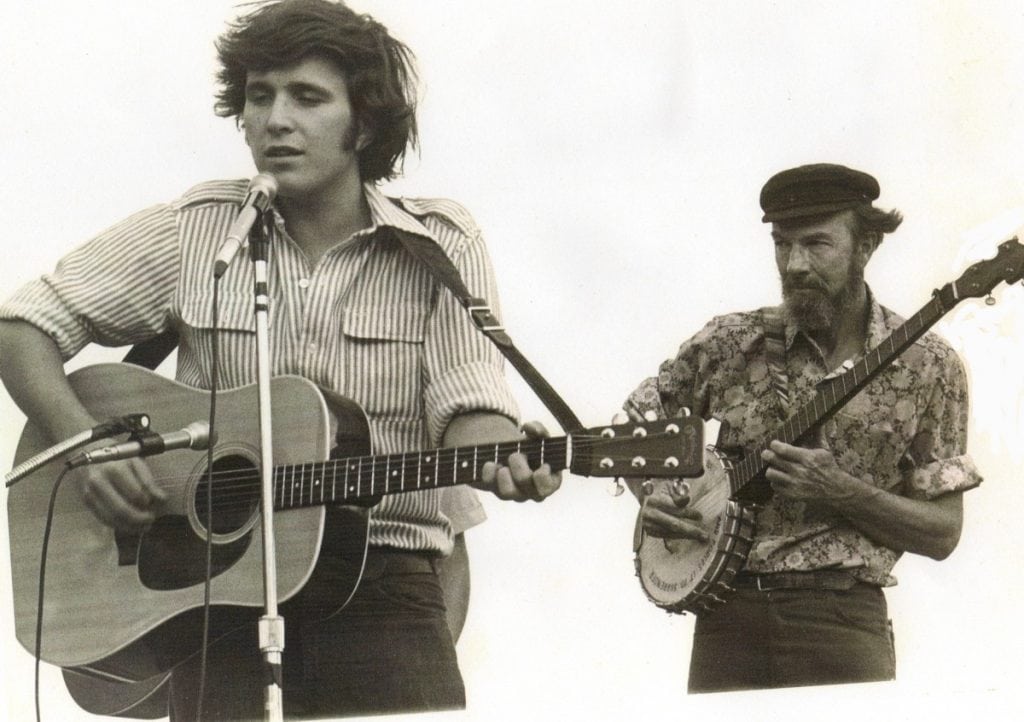 Don McLean and Pete Seeger circa 1969, when they performed together as part of the Sloop Singers.

“My house and his site were part of King’s Quarry, which provided cobblestones for New York City,” he says. “My house had been headquarters for the quarry and had a massive granite foundation.”

Living in Garrison suited McLean, who says he’s “always been sort of a solitary character.” He recalls riding his horses into the hills to look at the Bear Mountain Bridge. “I’m not prone to being terrifically happy, but I did like it there,” he says.

From a radio performance in early 1971, months before the song was released (see below):

“Later this week you’re going to have one of the most talented young singer-songwriters I know come to help raise money, Don McLean. He’s just written a brand new song that has got me bugged — I can’t get it out of my head, even though I can’t sing it right. It’s a history of rock ’n roll in six verses, and it’s got a beautiful chorus.”

At the same time, he distanced himself from the folk-music scene. “I grew tired of the anti-American sentiment which pervaded the Seeger crowd, and found the folk thing controlling,” he says. “If you sang a song by someone like Irving Berlin, you had to be tongue-in-cheek and that didn’t sit well with me.” Eventually McLean moved to Nashville, where he says he found it easier to record.

The songwriter is reluctant to discuss his best-known composition, each lyric of which has been “decoded” and analyzed ad nauseam over the decades. He says such scrutiny dilutes the song’s impact. 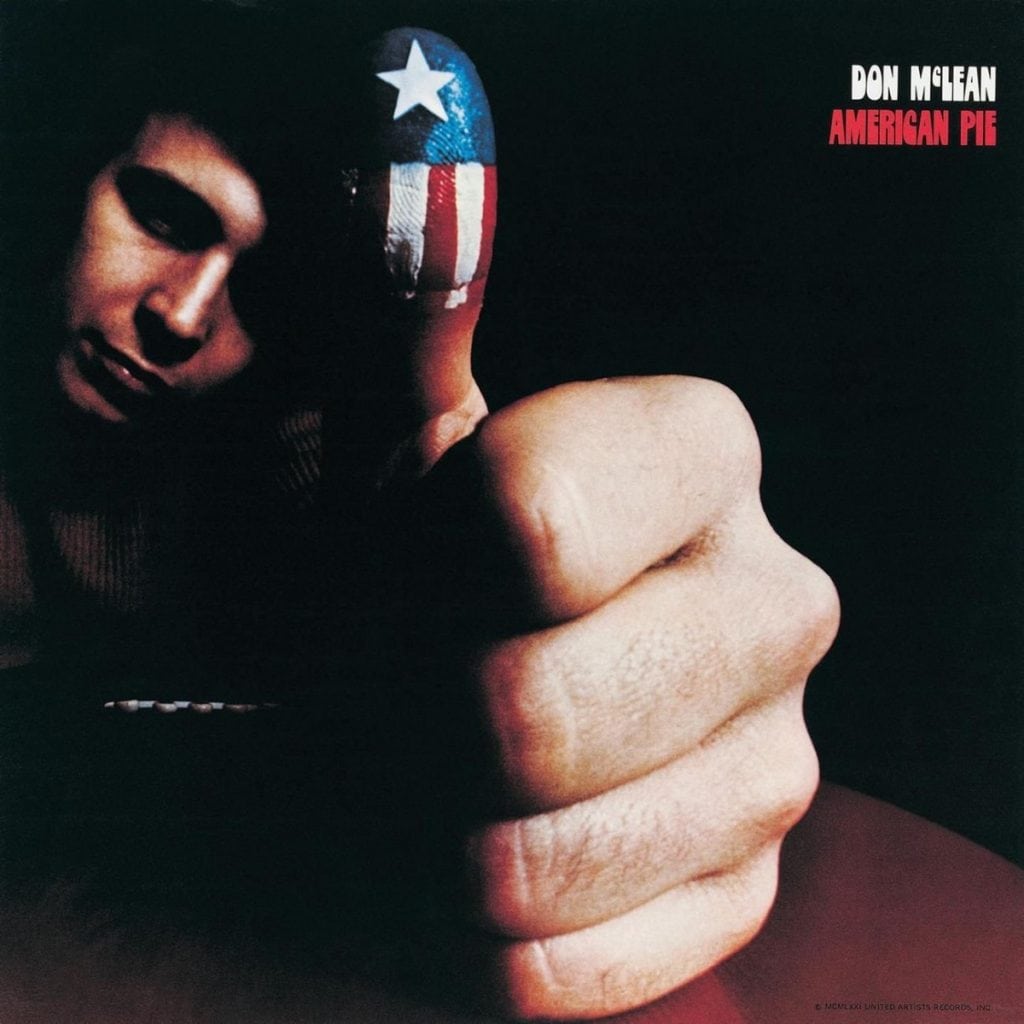 McLean instead brings up the lyrics of Primetime, released in 1977, which describes America being resurrected “as a game show with a quizmaster. It’s what we have today: Ted Mack’s Amateur Hour, someone trying to learn to be chief. It’s real reality television.”

At his performance in Peekskill on Sept. 15, McLean will play the classics as well as more recent songs. “I make it up as I go along,” he says, “because I don’t like to be constrained by anything, be it a set list or having too many people around. That’s why I moved to Maine for 25 years. I like open spaces.”

For tickets, which start at $55, see paramounthudsonvalley.com. The opening act will be Open Book, a Philipstown-based duo.

2 thoughts on “Don McLean Returns to His Roots”