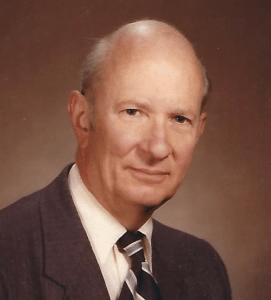 Frederick A. Zenz, 95, a Philipstown resident since 1972 and noted chemical engineer, died Feb. 28, 2018, at Vassar Brothers Medical Center in Poughkeepsie.

Born Aug. 1, 1922, in New York City, he began an illustrious career in 1942 with the M.W. Kellogg Co. as a process development engineer after receiving his bachelor’s in chemistry from Queens College. He later earned a masters degree in chemical engineering from New York University and a doctorate in chemical engineering from Polytechnic University.

In 1944, he began working for the Kellex Corporation in Oak Ridge, Tennessee, on the Manhattan Project, the World War II research and development program that produced the first nuclear weapons.

From 1946 to 1962, he worked for HRI, M.W. Kellogg and Stone & Webster Engineering. In 1962, he became an independent consultant. During his career he also taught at Manhattan College, during which time he became the technical director of Particulate Solid Research Inc. (PSRI) and founded and served as technical director of Analogies in Matters of Science (A.I.M.S.) from 1989 to 2007.

He authored at least 90 scientific papers, 18 book chapters, countless research papers for PSRI and A.I.M.S. and held 20 patents. In 1960, he co-authored one of the most influential books in engineering, Fluidization and Fluid-Particle Systems. His third and most recent book was published in 2015.

He was recognized as one of 30 notable authors of groundbreaking chemical engineering books and one of the 100 notable chemical engineers of the modern era by the American Institute of Chemical Engineers. He had a great passion for his field in engineering coupled with a strong work ethic, working until the last weeks of his life.

He is survived by his wife of 69 years, Elizabeth; three children, Dennis Zenz, Jonathon Zenz (Donna) and Terese Olsen (Jim); nine grandchildren; and two great-grandchildren. He was preceded in death by his son, Fredric Zenz.