Documentary to be screened March 23

As part of its ongoing documentary series, Movies That Matter Beacon will show the 2016 film Making a Killing: Guns, Greed and the NRA at 7:30 p.m. on Friday, March 23, at the First Presbyterian Church in Beacon. 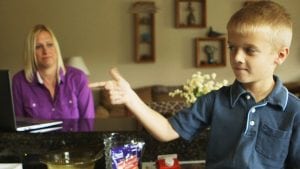 A scene from the documentary Making a Killing

The film looks into gun violence that includes unintentional shootings, domestic violence, suicides, mass killings and trafficking. The screening is free, but donations are accepted.