Harry Vogel prepares for his 66th year at camp

Harry Vogel has vivid memories of his entry into the world of summer camp.

“In 1952, I was 16 years old and attending William Taft High School in the Bronx,” he says. “I wanted to get away from the city for the summer.”

At Taft, Vogel was captain of the swim team and a gymnast. A coach helped him line up a summer job as a busboy in Philipstown. “I got on a bus at the 92nd Street YMCA and ended up at Surprise Lake Camp,” Vogel recalls. 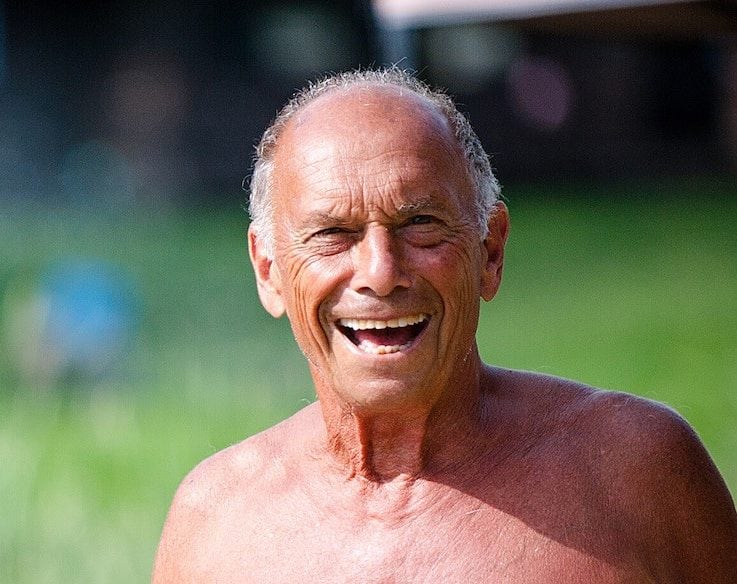 After 65 summers, he’s still there, although he’s long since been promoted to administrative director of the camp, which serves children and teenagers ages 7 to 15 and this year will run two four-week sessions from June 28 to Aug. 20.

“I liked the work and swimming in the lake,” recalls Vogel, 82, of that first summer. In his spare time, he helped with waterfront programs or repaired the boats. The next summer he became a lifeguard and the director later asked him to become his assistant.

“I learned as I went along,” Vogel says. “Then I got kicked upstairs!” 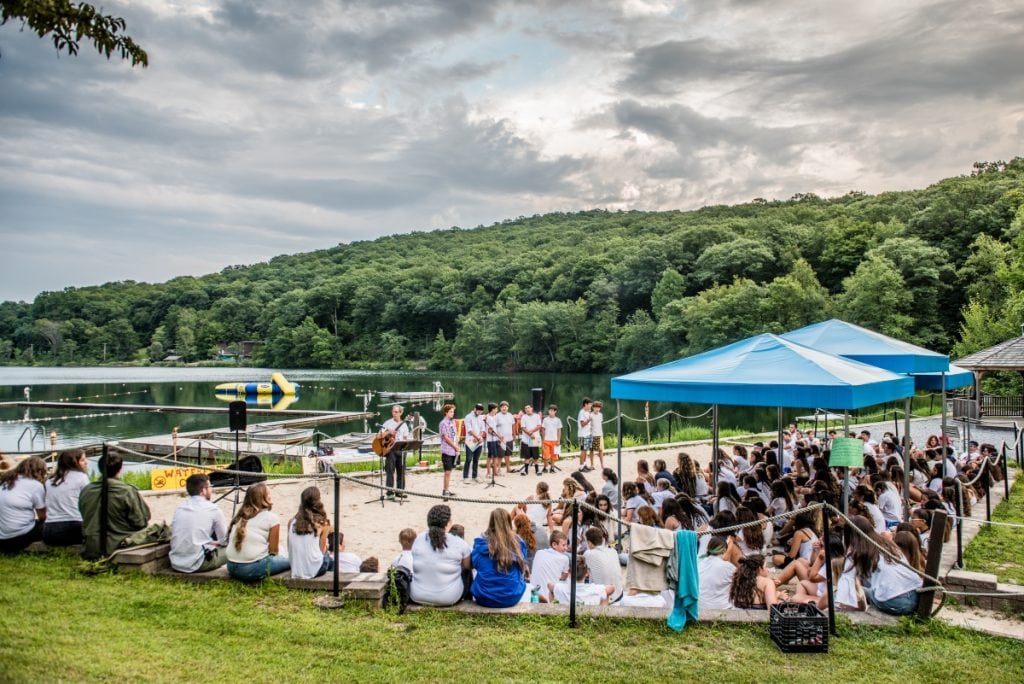 The camp has expanded over the years. Founded in 1902 in North Highlands for Jewish boys from tenements of Manhattan’s Lower East Side, Surprise Lake   Camp began with six tents, five counselors and 25 campers. Today, the 460-acre property, surrounded by state-owned land on three sides, hosts more than 400 campers each summer and has a staff more than 200, mostly seasonal, employees.

The camp primarily serves Jewish children (the meals are kosher and there are services each Friday and Saturday), but those who aren’t Jewish are also welcome.

Recent additions include an adventure course with climbing towers and overhangs and a zip line. “We have a very big garden, bees’ nests, fruit trees, chickens and a goat,” Vogel says. “And a brand-new swimming pool — things we didn’t have in the early years.” 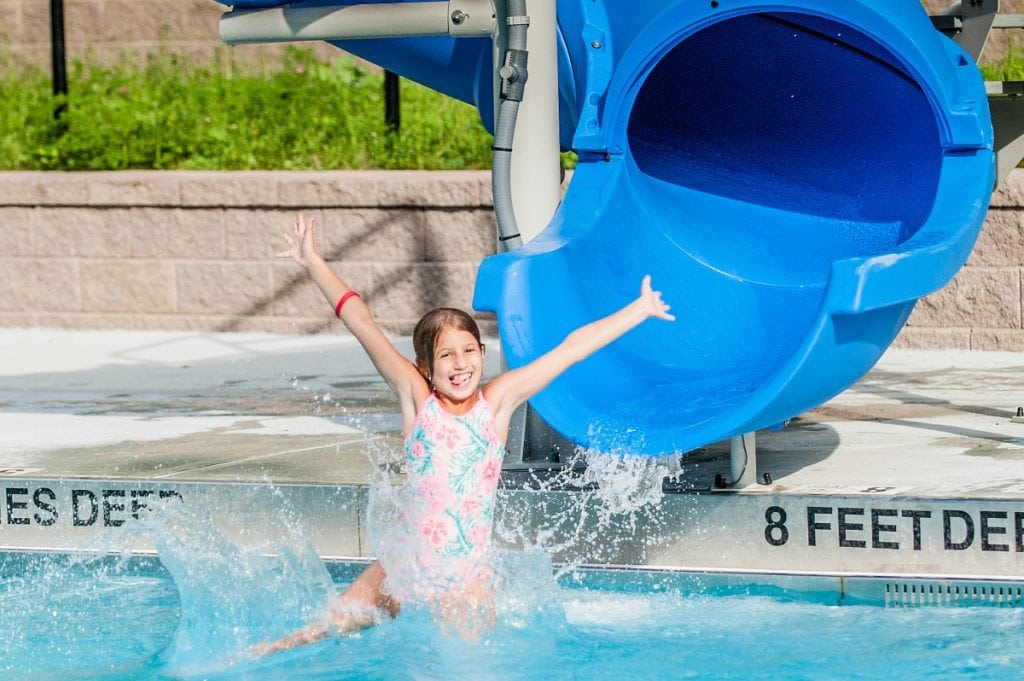 The camp is much less rustic than in its formative years. “We used to have outhouses,” Vogel says, laughing. “Today kids don’t even know what an outhouse is!”

In addition to water-based programs, Surprise Lake Camp has diverse activities such as art, crafts, archery, drama and photography. There is also a putting green.

According to Vogel, improvements such as the pool would be impossible without the support of the camp’s alumni, including comedian Eddie Cantor, who helped fund an outdoor amphitheater in the early 1950s.

Vogel says he enjoys watching campers mature over the summer.

“They’re away from mom and pop for four or eight weeks; they get a chance to grow up” by not having their parents available to solve every little problem, Vogel says. “They have to work it out; they have to learn how to get along with people. It’s a life-changing experience.”

The experience includes navigating the world without electronic devices; campers must hand in their phones upon arrival. 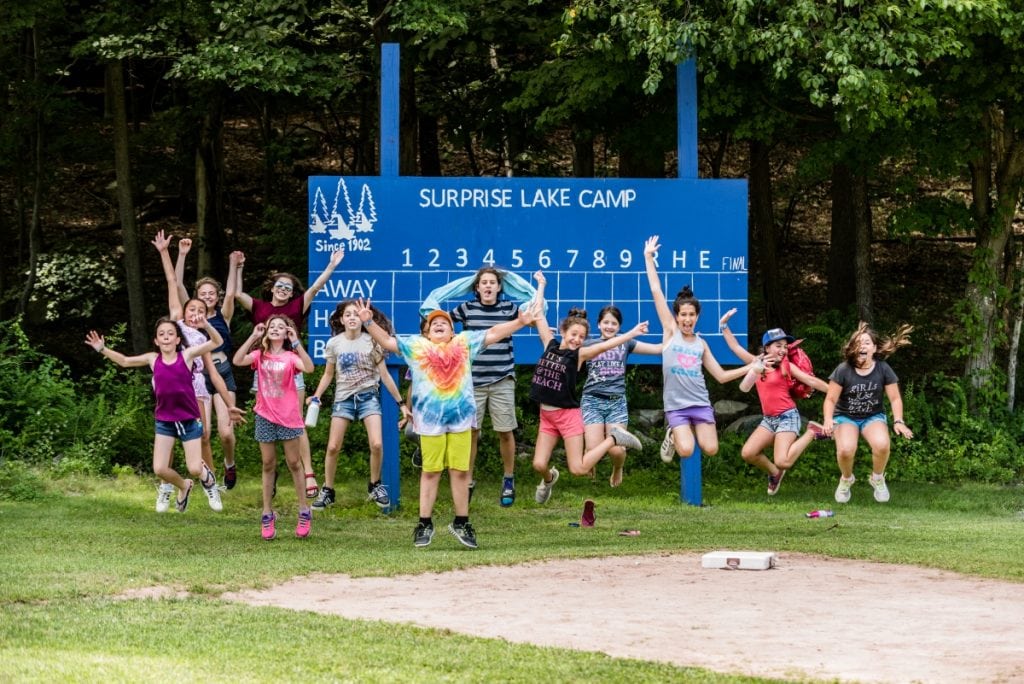 Vogel says he keeps coming back because “I feel I make a difference in people’s lives.” There is evidence that he succeeds: he recently received hundreds of birthday wishes from alumni around the world. “It was pretty neat,” he says.

Jordan Dale, who was the director of Surprise Lake Camp for more than 40 years, notes that “Harry started before I was born. Now I’m retired, and he’s still there!”

Dale said that in his early days as director he felt he should work as hard as everyone else on the staff. “I finally realized that I was killing myself trying to keep up with Harry,” he says. “I couldn’t match his energy. He is one of the most remarkable people I have ever known.”

Vogel, who has been married to his wife, Bobbi, for 59 years, keeps busy year-round. During the winter, he works five days a week as a ski instructor in New Jersey. “It’s fulfilling,” he said. “It keeps you young.”

3 thoughts on “The King of Summer”