The Health Committee of the Putnam County Legislature tackled a number of issues during its June 12 meeting.

Lawmakers are considering raising the minimum age to purchase tobacco from 18 to 21. Seventeen New York counties, five municipalities and New York City have raised the age.

According to Kristin McConnell of the Prevention Council of Putnam, 19- and 20-year-olds represent about 2 percent of tobacco customers.

She noted that studies on alcohol suggest delaying the age when a person first drinks decreases the likelihood of later abuse. “You’re five times more likely [to have a problem] if you start drinking before 21,” she said. 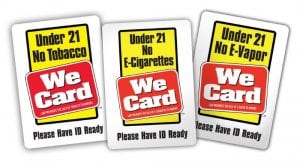 Since 2016, Orange, Rockland, Sullivan, Ulster and Westchester counties have passed Tobacco 21 legislation. In Dutchess County, where the bill included an exemption for military personnel, legislators voted it down earlier this year.

Legislators said they would continue to consider the proposal.

After more than 18 months of discussion, the Legislature may soon ban synthetic drugs that are sold over the counter to produce a high.

“I feel the need is there,” said Legislator Barbara Scuccimarra (R-Philipstown), who chairs the Health Committee.

The challenge is how to identify the chemicals in the drugs that will be outlawed. Once a chemical is banned, the drug’s makers simply substitute one that is not illegal.

“There is no problem with writing the law, except to get it right,” said Gloria Tressler, deputy county attorney. She noted that Carmel, Saugerties and Westchester County have passed bans that each identify different compounds.

Lawmakers also wondered how the law would be enforced. The Westchester law, which makes the sale or possession of synthetic drugs a misdemeanor, is enforced by the health department and police. The Westchester law names some specific drugs, such as K2 and Spice, plus generic descriptions of products.

Scuccimarra said she would like to see Putnam draft a law and worry about enforcement later.

“I’m tired of waiting for the state to do these things,” she said. “Putnam should take the lead and pass some of these laws to protect our residents and our children. We can iron out the problems. It’s important we get the message out.”

Tressler said the law department will have a draft resolution ready for next month’s Health Committee meeting.

Some residents are urging the Legislature to ask the state Department of Environmental Conservation to sponsor legislation requiring that energy companies install protective equipment and take other safety measures to prevent emissions from gas pipelines, compressor stations, regulating and metering stations and other infrastructure.

Because of its size, the Turk Hill metering station in Southeast, located along the Algonquin Pipeline, is of particular concern, said Paula Clair of Garrison. “We have an air problem in Putnam County,” she said. “We have a ‘D’ rating from the American Lung Association for air quality.”

Clair noted that the DEC issued air-quality health advisories for the region on four days in May because of the levels of ground-level ozone and/or fine particles.

Legislator Paul Jonke (R-Southeast), who represents the district where the Turk Hill compressor station is located, said he would like to hear from its owners.

“This is very complex legislation in front of us. I’m in favor of it at face value, but I still think now is our chance to bring them in and ask our questions,” he said.

The committee sent the resolution to the full Legislature and plans to invite the owners of the pipeline to attend the July committee meeting.