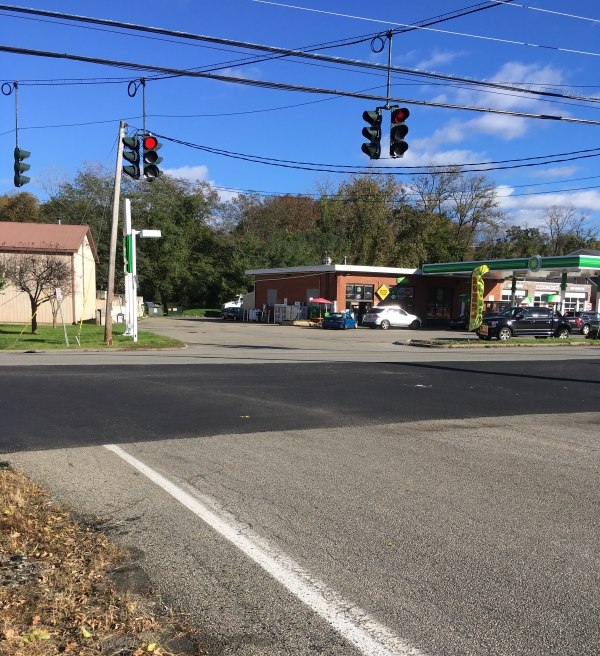 The county smoothed over a notorious dip at the Fishkill Road and Route 9 intersection. (Photo provided)

Putnam County Legislature candidates Nancy Montgomery and Barbara Scuccimarra clashed Thursday (Nov. 1) over who should get credit for recent improvements to the intersection of Fishkill Road and Route 9 in Philipstown.

The brief dust-up between Scuccimarra, the incumbent District 1 legislator, and Montgomery, a Philipstown Town Board member seeking to oust her, occurred during routine reports at the Town Board’s formal monthly meeting.

As she has on previous occasions, Scuccimarra attributed the fixes to the county. Montgomery cited her own efforts and New York State’s participation.

The disagreement came to the forefront when Montgomery said that in August, as a member of the Putnam County Traffic Safety Board, she discussed the intersection with a state Department of Transportation engineer who also serves on the Safety Board.

She and the engineer subsequently met with state and county highway department leaders “to address the dip in the road” at the intersection, Montgomery said. Philipstown Highway Superintendent Carl Frisenda was also consulted.

“From there,” she said, state and county “negotiated and decided that the county would pave that” intersection and that the state would handle any further improvements. “The state did not renege on responsibility,” Montgomery emphasized. 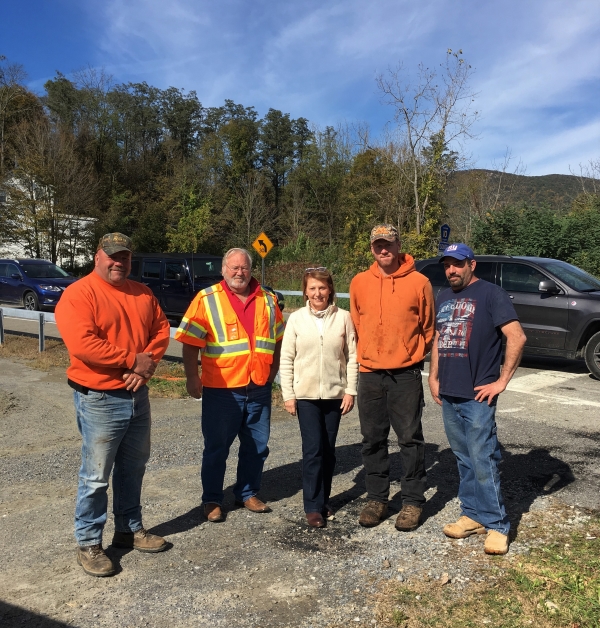 On Oct. 22, Scuccimarra said in a news release that included photos of the paved road and Scuccimarra posing with county workers that the state had declined to do anything. In fact, Montgomery contended, the state and county met “in good faith to discuss what would be done and from that came the repairs.”

During her own report to the Town Board, Scuccimarra said she wanted “to clarify” the situation, asserting that “it’s up to Pena and the [county] Legislature to allocate the funds to fix that road and that’s what we did.”

Fred Pena is the county Highway and Facilities Department commissioner. He was quoted in Scuccimarra’s news release as saying: “Barbara was unrelenting. She reached out to DOT and met with me. Her concern was really to make known how frustrated Philipstown residents had become.”

Montgomery thanked Scuccimarra for the county’s role in the project but added: “I’m glad I initiated it.”

“In your dreams!” Scuccimarra retorted.

“Easy, easy, easy,” interjected Supervisor Richard Shea, who chaired the meeting, and the discussion moved on to other topics.

Scuccimarra, a Republican, and Montgomery, a Democrat, will face off on the ballot on Tuesday.

2 thoughts on “Candidates Clash Over Credit for Fishkill Road Fix”