Gilbert Austin, James Corday and Leonard Barrett, each charged with stealing a calf, were acquitted after a “tedious jury trial,” according to the Cold Spring Recorder.

A stranger had “fairly whipped” a local man in a fight at the depot when the Cold Springer was told to “eat him,” which he proceeded to do, biting his antagonist in the ear.

After a misunderstanding about his ticket, Sylvenus Haight of Nelsonville was ejected by the conductor from the 5:31 train to Hyde Park soon after it left the Cold Spring station. After Haight returned to the depot covered with dirt, Justice Ferris issued a warrant against the conductor. When the train arrived at the station the next day, with two constables waiting for it, a different conductor was aboard and Haight could not say who the other conductor had been.

President-elect Ulysses S. Grant was a guest of Gouverneur Kemble and several residents visited the boathouse on Foundry Cove to greet the general. 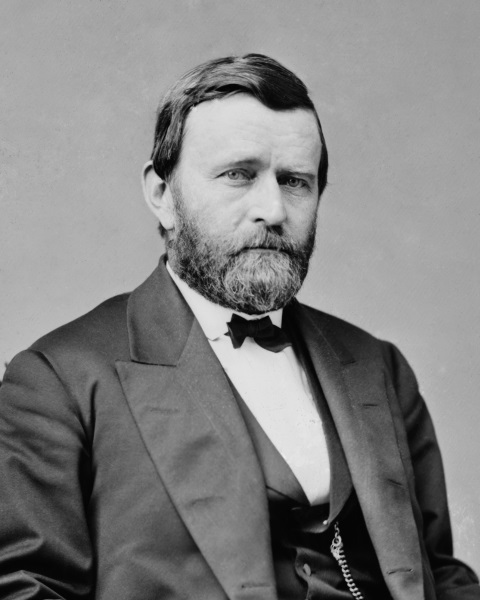 A large bag of mail from Cold Spring to points north was destroyed after the crane on the 10:25 mail train snatched it from the stand south of Main Street but then dropped it under the wheels.

Some women in the village were under the false impression that they would be able to vote in the election for all county offices when, in fact, they can only vote for the school commissioner. The official ballot will be 15 inches long while the ballot which the women vote with will be 6 inches long.

After a delay of nearly a year, work resumed on the 75-foot battle monument on Trophy Point at West Point.

On Halloween, local boys took off gates, threw cabbage stocks at front doors and, in one case, pitched a stone through a parlor window of George Ferris’ home on Parsonage Street.

An Arab woman “belonging to the colony located on the brickyard south of Dutchess Junction,” according to the Recorder, was struck and killed by a train. “She was one of a number who peddle notions in Fishkill Landing, Matteawan and Cold Spring and was on her way home,” the paper reported.

Michael Salvatore, an Italian employed at the Breakneck stone crusher, was shot by James Mosher, a farmer employed by E.A. Pelton, with a shotgun. Mosher claimed that Salvatore was stealing apples. He also said he fired the shotgun at some bushes, not the victim, who was hit five times.

West Point canceled its football game against Yale, saying the cadets had no time to practice.

Silas Silleck, who recently moved here from West Troy, announced he would open a cigar store at the corner of Main and Furnace streets.

The village told residents to have their rubbish ready when the street-cleaning wagon came round for the final time before the new year.

A 50-ton dynamite gun that had stood on the Foundry dock for months was transferred to a tug to be taken to Morgan Iron Works in New York City.

Philip Marvel of Staten Island, who had been married in June at the Methodist Church in Cold Spring to Irene Rose of Poughkeepsie, was charged with bigamy. The original Mrs. Marvel testified she learned of the deceit when she received letters addressed to Mrs. Irene Marvel.

John Berk and John Thompson of Matteawan [Beacon], who hired a horse and wagon to sell cabbage, instead drove it to Cold Spring to get drunk. The horse’s owner heard of it and an officer from Matteawan arrested the pair for cruelty to animals. Each was sentenced to three months in the Albany penitentiary.

The Cold Spring Village Board of Trustees passed a resolution calling on the executors of the estate of Julia Butterfield, who had died five years earlier, to release $50,000 she bequeathed for the construction of a hospital.

Peter McGurk has taken a job as gateman at the railroad crossing on Main Street. He is one of three men who each work eight hours daily.

Three black walnut trees, one a century old, were cut down at Glenwood, the estate of Mary Haldane and Francis Higginson. The trees were purchased by the federal government to make gunstocks and for use in military airplanes.

Voters seated an all-Republican Philipstown Town Board. In fact, the only Democrat elected in Philipstown was an assessor.

The Haldane football team defeated Carmel, 6-0, in a rough game that included multiple penalties for unnecessary roughness against both teams.

Eddie Farrell, a former student at Haldane Central School who was stationed in Puerto Rico with the Navy Seebees, was seriously injured, but a telegram offered no more details.

A local real estate broker sold the former Union Church on Market Street to William Kent of Beacon, who said he plans to build a home on the site. The church was built in 1826 before each denomination branched out and built sanctuaries of their own.

The George A. Casey Post of the American Legion raised $100 through a spaghetti dinner and raffle to buy 50,000 cigarettes for the armed forces.

Sister Agnes Charles, principal of Our Lady of Loretto school, announced that it would add a physical education program led by Barbara Giachinta.

Residents of the North Highlands began discussions about starting a fire engine company.

Margaret Gillian of Beacon visited the Haldane Central School in colonial costume to demonstrate for students how to spin vegetable and animal fibers.

In an open letter, a Haldane parent alerted others about the amount of marijuana smoking going on around town.

At 12:30 a.m. on Election Day, a Cold Spring police officer stopped two 43-year-old Garrison women whom he said were driving erratically. The officer said that, in the back seat, he found six campaign signs for a candidate for the Philipstown Town Board. The problem was that one of the women was the wife of the candidate’s opponent. Both were given court dates.

Hamed Nafa and Tom Rolston, the manager and owner of the Depot Restaurant, announced they would launch a 24-hour taxi service called Highland Transit Corp. at 265-TAXI. 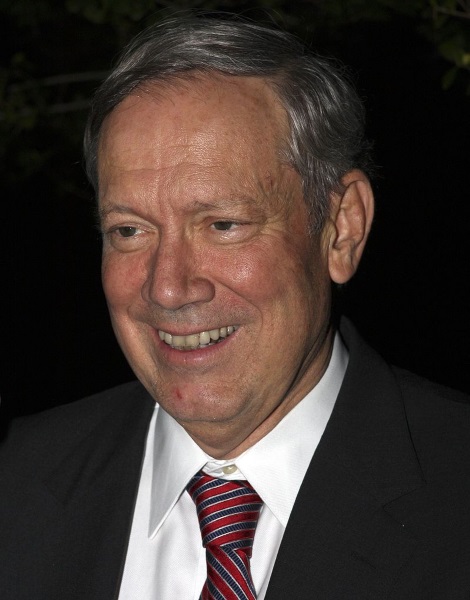 George Pataki, a resident of Garrison who represented the Highlands in the state Senate, announced he would run for governor against three-term Democratic incumbent Mario Cuomo.

Fourth graders at Haldane Elementary assembled the school’s first networked computer lab. The students also learned how to get into the system using passwords and how IBM computers differ from Apples.

A 20-year-old man from Queens was in critical condition after being stabbed with a steak knife following an argument at a party on East Mountain Road South. A Cold Spring teenager was charged with attempted murder.