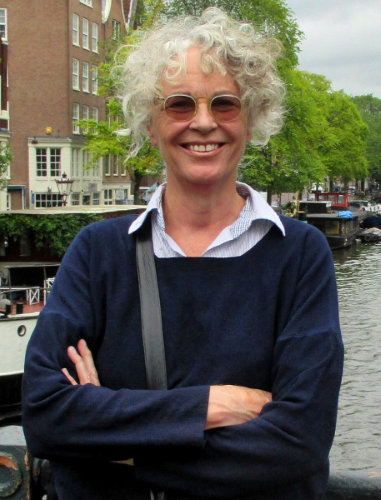 Gretchen Dykstra, of Cold Spring, is the author of Civic Pioneers: Local Stories from a Changing America, 1895-1915. She will read from the book at 7 p.m. on Saturday, May 4, at Split Rock Books on Main Street.

Many of your public servants, such as a postal clerk who became the police chief of Berkeley, California, or an advocate for Native American children in Oklahoma, are obscure. How did you find them?

I didn’t look for “the first” or “the best.” I wanted to find creative and effective people who had dramatic personal stories. Most of these people had national reputations that were lost to history. I read a lot, and one person led to another. My teacher for two-and-a-half years, [journalist and writer] Bill Zinsser, told me, “You have to hit the road,” so I did. I visited historical societies and the like.

What made you choose these particular decades?

We think of our own era as having tremendous changes, most of which are related to computers. But there were so many things for people to adjust to in the Progressive period. I have a friend who is a political scientist who noted this was when local government became active government.

Did you uncover any common threads among your subjects?

They were all intellectually curious. They all had grit and perseverance and were committed to whatever it was they were advocating. They had different interests and political backgrounds but were all mission-driven.

A number of your stories are set in Chicago. Was it more progressive than most cities?

Yes. A number of things developed there, such as the Chicago Women’s Club, which evolved from offering friendship and counsel to a focus on practical helpfulness, particularly in relation to health, education and child welfare. Then there was Hull House and the University of Chicago. They enrolled women as graduate students and took the attitude of “We will compete with the northeastern elite institutions, but we will make it practical.”

You were founding president of the Times Square Business Improvement District. Did that experience provide insight on these people who lived a century ago?
Definitely. With Times Square, our task was clear: Make it clean, safe and friendly. You don’t take on all of that at once, and you don’t take it on by yourself. Each of the people in the book identified a problem, then asked: “How do I solve it?”