In the lingering days of summer, a number of Haldane elementary students brought the fruits (actually vegetables, mainly) of their vacation labor in the Haldane garden to sell at the Cold Spring Farmers’ Market. 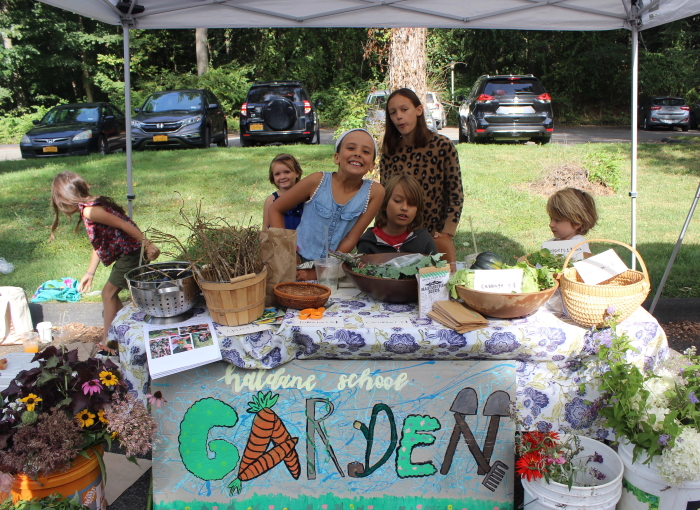 Step right up to the Haldane School Garden stand. (Photo by A. Rooney)

“I really like that we planted all of these,” said third-grader Aya Hall, surveying the bounty, while Lyla Chandler, three years older, called her favorite garden activity, “the day-to-day stuff — plus the prints we made with flowers.”

The garden, which has grown copiously since its first season in 2009, extends from the edge of the playground blacktop to the school building, filling the formerly unused area with greenery and all that is produced from that greenery.

Funded initially by the Hudson Highlands Land Trust and the Haldane School Foundation, and now supported by private donations and grants, the garden has been used to connect design, planting, botany and nutrition awareness with classroom work and hands-on projects. There’s even a group of students that works in the garden during recess. 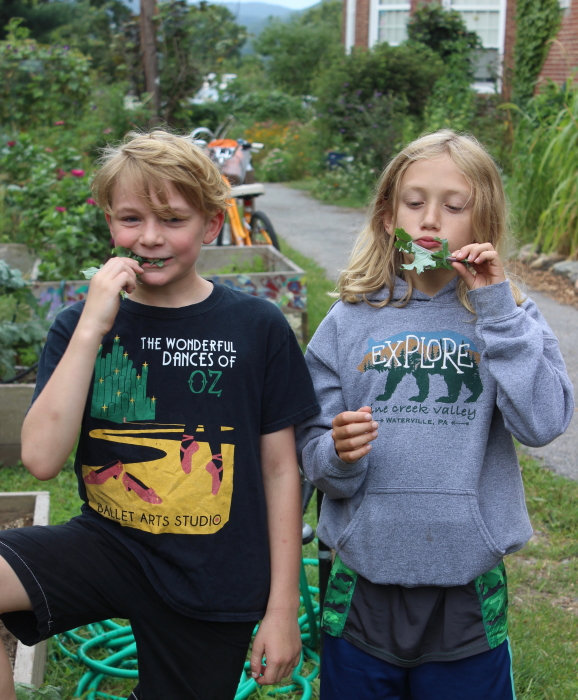 Who knew munching on kale was such fun? James Llewellyn and Silas Emig getting sustenance for a hard morning’s work in the Haldane garden (Photo by A. Rooney)

Over the past decade, students have planted, weeded, designed stepping stones, researched theme beds and herbs, created a butterfly garden and helped construct raised beds to house vegetables and flowers, all the while learning about soil, composting and collecting run-off rain to store in a hand-pumped barrel.

Each summer, dedicated parents and students keep the garden flourishing through the heat. Most of these parents are members of Haldane’s PTA Garden Committee, which also works with Haldane’s Farm-to-School program to provide vegetables for the school cafeteria. One sign of the program’s popularity: the summer watering sign-up filled to capacity.

For more information on the garden, see growinghaldane.com.